KLSCM BACK AFTER TWO-YEAR HIATUS

KUALA LUMPUR, Saturday: The country’s premier distance running event, the Kuala Lumpur Standard Chartered Marathon (KLSCM) 2022, is back after a two-year hiatus due to the pandemic. In its present two-day format, the 5km and Boost Juice 10km categories took place on the first day while the Half and Full Marathons are being contested on the second day in a festive weekend of running.

Dataran Merdeka, the spiritual home of KLSCM, is expected to receive more than 34,000 runners over the two days, from all parts of Malaysia and around the world. For the first time, the 10km category was held on the first day of the event, allowing all participants of KLSCM to have the privilege and pride of starting and finishing at the Main Arch at Dataran Merdeka. Previously, the 5km and 10km categories used to flag-off at the Sogo Department Store on Jalan Tuanku Abdul Rahman when KLSCM was a one-day event. There will be more than 10,400 participants in the Full Marathon category, over 12,200 in the Half Marathon, close to 8,000 in the Boost Juice 10km and over 3,300 in the 5km category.

There was no registration period for this year’s edition of KLSCM as most registrations were deferred from the postponed 2020 edition of the race.  “We are delighted to finally be able to hold KLSCM physically after having to resort to a Virtual version of the event in the last two years. We are also extremely grateful for the strong support of the running community which enabled us to maintain over 80 percent of our registrations from 2020,” said Rainer Biemans, Project Director of KLSCM and director of Dirigo Events, the owner and organiser of KLSCM. “It’s been great to reconnect with the running fraternity again and I look forward to seeing as many of you as possible over the weekend,” he added. 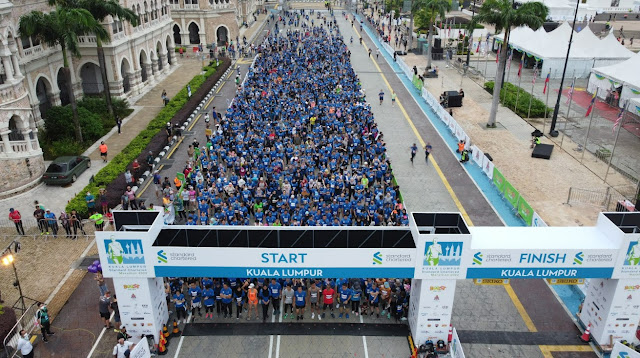 A Speed category was introduced in the 5km distance in the last edition of KLSCM in 2019, and maintained this year. The Men’s Open category this year was won by Danil Hakim Mohd Daud from Malaysia in a time of 20:32 while Muhammad Hamizan Darulhisham, also from Malaysia, came in second with a time of 22:42 and third was Jefri Dwi Yulian from Indonesia who completed his run in 27:40. In the Women’s Open category, Liza Toemen from the Netherlands clinched first place in a time of 29:53 while Yeoh Kar Wuen from Malaysia came in second in 33:39 and third place went to another Malaysian, Norsyuhadah binti Maskan who finished in 36:03.

This year sees a brand-new sponsor join the fray as Boost Juice, a popular smoothie & juice brand in the Southeast Asian region, becomes a KLSCM Gold Sponsor, giving the brand naming rights for the 10km category, the Boost Juice 10km. 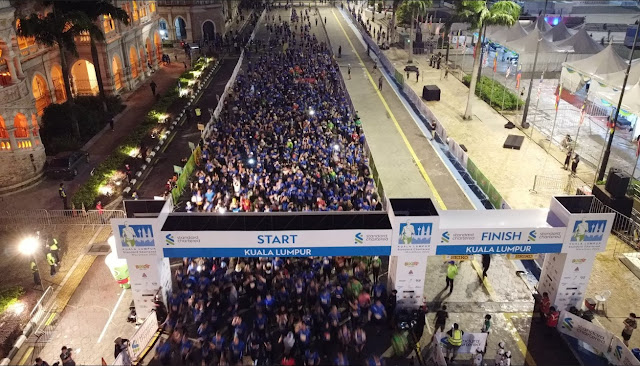 In the Boost Juice 10km category, the Men’s Open champion was Lel Kipchirchir from Kenya, finishing in 32:27 and Mohamad Shahrin bin Che Abdullah in second place with a time of 34:21 while Azwan Bunjing finished third in a time of 34:50, both from Malaysia. In the Women’s 10km Open category, the winner was Tan Li Jun from Malaysia, who finished in 43:11 while Iza Maryati binti Mohamad, also from Malaysia, got second place with a time of 43:37 and the final podium place went to Daphne Lim Cai Qin from Singapore in a time of 43:46.

"Our smoothies & juices are great for athletes and sportspersons who need a boost to fuel their respective sporting pursuits! We believe in sharing our “Love Life” ethos through our exciting partnership with KLSCM to further unlock the potential of our drinks with runners and athletes alike,” said Nick Tiernan, CEO and Owner of Boost Juice Southeast Asia. “We hope that this is the beginning of a fruitful collaboration, pun intended,” he added with a smile.

Mak Joon Nien, title sponsor Standard Chartered Malaysia’s new CEO also participated in his first 10km run this year to gain a greater perspective of the event. Mak is the first Malaysian to rise up the ranks to head the Bank. 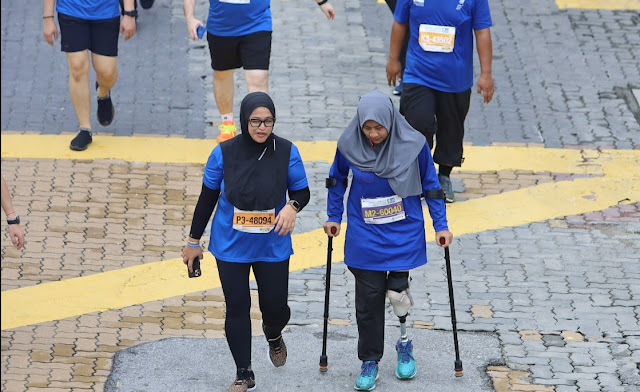 “I’ve attended KLSCM in the past and have always been amazed at the coming together of runners from all walks of life, Malaysians and from around the world. We very proud to be the title sponsor for the 12th year running and what’s most important for events like this is that it touches the lives of so many in positive ways and helps uplift communities,” said Mak.

The KLSCM has evolved to become the biggest running event in Malaysia that attracts thousands of local and international runners whilst firmly establishing Malaysia in the global running calendar. The 12th edition of the event will once again see sponsorship from Title Sponsor Standard Chartered Bank Malaysia, along with Boost Juice, Compressport, 100 Plus, Brooks, Seiko, TudungPeople, and Pacific Regency, as well as DBKL as venue hosts.

For more information and updates on KLSCM, please visit:

Website : www.kl-marathon.com
Email Post
Labels: Close to my heart Events In the news Itchy Feet Out and About