for many years for me but got a bit nostalgic about it today, triggered by some discussion I had with HHBC members earlier this morning.

It started with Anay talking about his parents, then about some bloggers asking him info on Muslim food in Japan, which lead us discussing about Halal food and then I told them a bit about my old school. Yes, the hamsap people of HHBC can and do talk about serious matters and not only about hamsap things. Right Meow and SK? ^^

I don't have a lot of photos to reminiscence about my long ago schooling days. I hate taking photos. I don't take them much these days unless with my family and when I'm running. Shocking huh? LOL 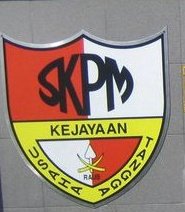 Primary school. Methodist Girls School or Sekolah Kebangsaan Perempuan Methodist. I used to wear a badge with MGS wording and not like the one above. I'm OLD. Huhuhu

Nothing spectacular in primary school. I was just an average student. Rarely got top 3 placing. Only hovered around top 10. Not that active in sports either. I was just a quiet and weird girl in class who rode the chopper bicycle to school. Hated the bike and actually wished to have that 7-up bicycle instead so that I can race my friends after school. xD

But it was in MGS I discovered the joy of reading. Love the school's library. I read Peter Rabbit, Bom the Toy Drummer, Asterix & Obelix, Tintin, Nancy Drew, Hardy Boys, Sweet Valley High - all while in primary school. 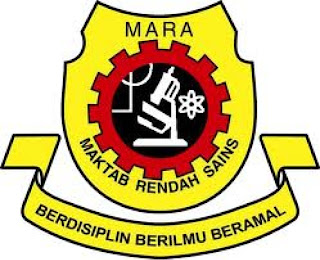 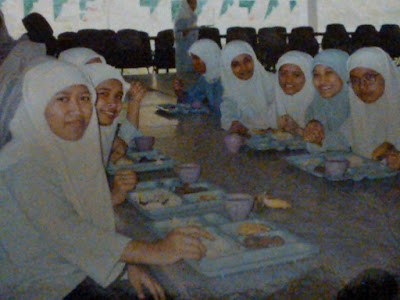 "Dewan makan" food anyone? Anybody miss eating from those trays? ^^ Can anyone recognise me in this photo?

Gotta sit for an MRSM entrance tendency test after my Penilaian Darjah Lima (yes, I did mention I'm old. UPSR was after my time. booohooo) OK so, I sat for it during Standard 6. It's more like an IQ test. Didn't take it too seriously, I remembered me and my schoolmates were the noisiest bunch amongst all the students from other schools in Raub who sat for the test. Don't really know why I got selected. Bwahaha

Form 1 - 2 was spent in Kuantan. Love this school. It follows US style classes and we were with different classmates for different subjects and change classes every period. English and Mathematics were according to our level - bright class, average class & not-so-clever class. Totally funny thing happened for English class. I didn't do too well during my first test while in the "bright" class for English and was "demoted" to the not-so-clever class. Stuck in that class for two years BUT I had one of the highest scores for English for each tests after that. A "bodoh" English student in C class managed to outperform most of the "pandai" students in Class A. LOL

For other classes, we get to choose our teachers. First day of school was spent registering our names under a teacher we wanted. Popular teachers of course get his/her classes filled up first. Not easy to be a teacher in MRSM Kuantan... ^^

By the way, who really understands "Lateral Thinking" subject? I loath this subject and can never make any sense of it. Must be because I am never logical in the first place! Hahaha

Saturday mornings were spent doing tai-chi at the school field. Sunday afternoon were spent in senior rooms for usrah. Learnt the Surah Yasin by heart when I was 13. Finally.

Saturday nights were a treat sometimes, with some performances by local artists.

I got the chance to learn how to sail a catamaran while in Kuantan too. Just a couple of times though. The "Kelab Perahu Layar" or sailing club wasn't all that active. I was one of two girls in the club and us joining the club were met with strong objections from senior boys.

Weird how the teachers in Kerteh chose to put students in classes. We were sorted alphabetically. So in my class were all those whose names started with M,N & O. There were three students with the same name as mine in my class!

I went crazy in Form 3. Instead of buckling down and study for SRP, I became totally active in co-curriculum.

Athletics. Volleyball. Spelling Bee. Poem recitals. Hiking. Co-op member (and on duty almost every other night at the co-op shop). Committee member for dunno what.  Joined nasyid too (we won second place at a nasyid singing competition!)

MRSM teachers were big on making us walk crazy distances. It was a normal weekend activity to make us walk from our school in Alor Akar, Kuantan to the beach. 10km? Pfftt. We once walked to Cherating for our homeroom excursion!

Teachers in Kerteh had us walk from our school to Kemasik just to have a picnic. Who needs a bus, anyway? @.@ 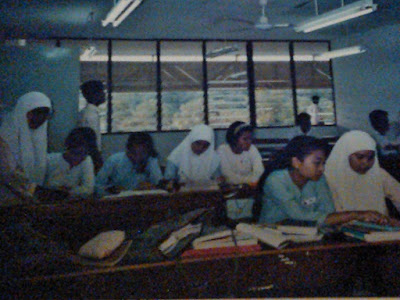 Me and my classmates during Form 5 in our "stesen keretapi" style class.

Form 4 & 5 was spent in Kem Terendak in Melaka. I got the option to return to Kuantan but I had this "bright" idea of going somewhere totally crazy. It was Kem Terendak as first choice and Balik Pulau as my second choice after Form 3. I wasn't bright enough to be selected to go to Taiping, where most of my BFFs managed to get in to. Huhuhu

In Form 4 & 5, I found out that I am really good at writing speeches. I can write a last minute piece for an elocution contest my English teacher had me enter and still get placing.

One school holiday, I turned down a chance to join a international level jamboree that was held in Kuantan just so I can become an English facilitator at an English camp. Why? Because I DO NOT like marching! LOL

Though here, I encountered the ugly world of rank and file. My English teachers asked me to join the debate team but I found out that the members didn't believe a kampung gal can be any good in their team. Furthermore, I'm a poor kampung girl unlike other team members who were children of high-ranking army officers. I bailed out from English-lit class because of this same reason too. :( 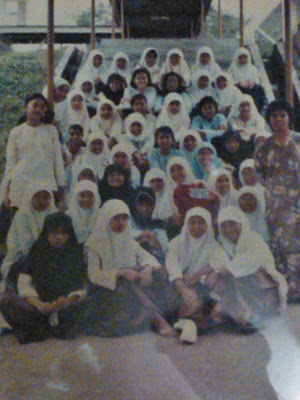 But all in all, I still had lots of fun here. School was fun. When I wasn't in the classroom! Hahaha

Barely remember or make any use of what I learn from class. I had a barely enough CGPA to graduate too. I think my CGPA at the end of Form 5 was 2.75? Or was it 2.50? Something low like that lah... Low grade also meant that I can never contest for a post in the students' body. Not that I have any leadership skill to want to anyway. ;p

p.s. I'll bore you to death writing about running next! *evil laugh*
Email Post
Labels: Close to my heart Rants and Ramblings