While we were out in Putrajaya this morning, I thought it might be fun to post at Facebook our progress in covering parts of Putrajaya and each stops we made were marked as CPs (checkpoints)  just like it would if we enter a race, just to make our outing more fun and interactive. Hehehe

We followed part of Putrajaya 100 miles this time... part only ya... Crazy ah want to cover so much distance? LOL 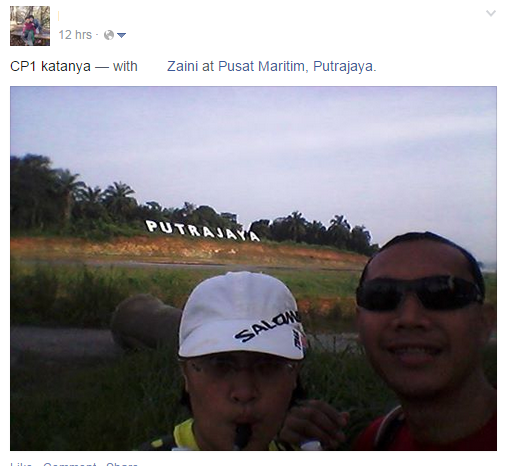 First stop - toilet stop for me.  At Putrajaya Maritime Centre. Because the toilet there is so nice! Hahaha 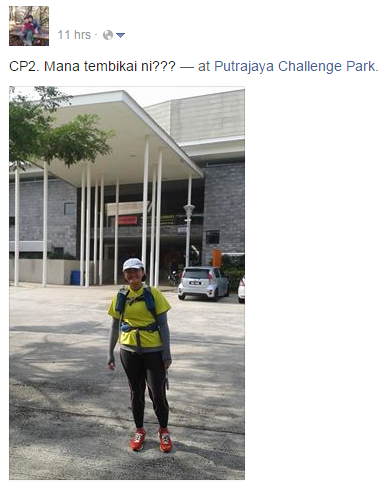 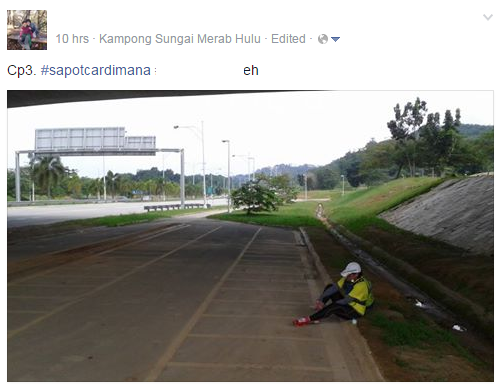 Third stop was because my feet was feeling rather hot and I needed to do something to avoid blister from forming. So, we stopped so I can slather some Vaseline on my foot. 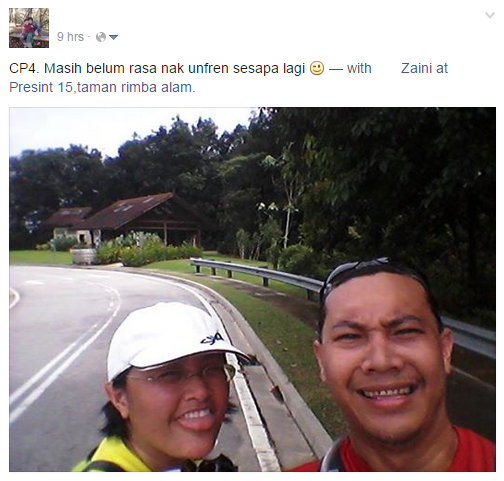 Stopped for a quick wash before finishing the rest of the Taman Rimba loop.

Still was in high spirits. ^^ 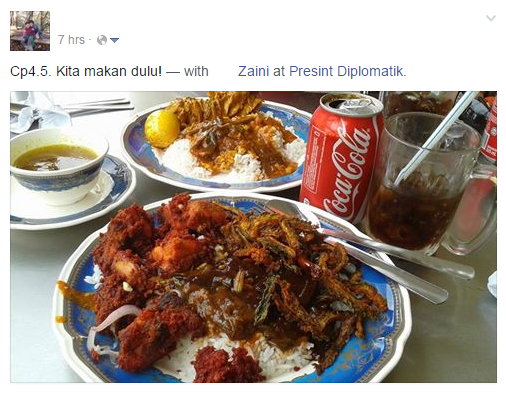 Then it was our lunch stop. We had a super nice lunch at Darussalam Restaurant in Presint Diplomatik. I think the staff there took pity on me, because this was the biggest portion of chicken and gried bittergourd that I ever got from them! LOL 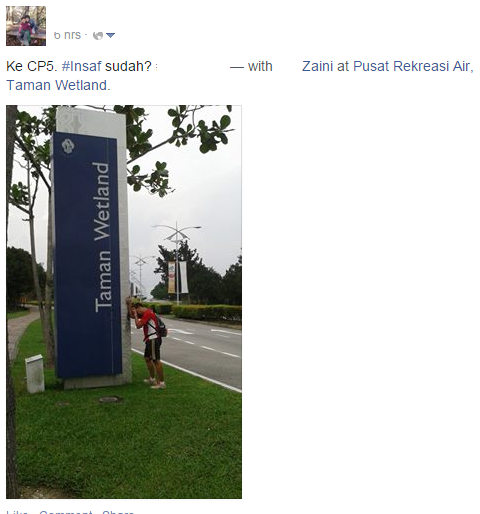 We headed to Taman Wetland afterwards. 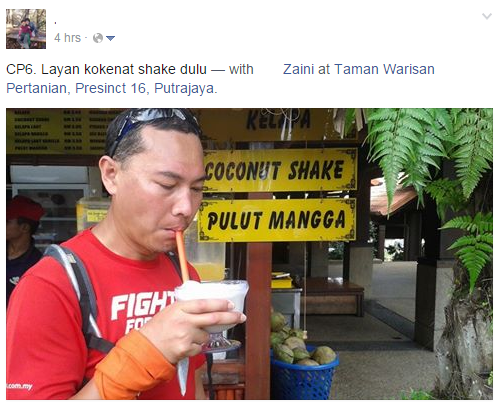 After Taman Wetland, we headed to Taman Botani and later had a stop at Taman Warisan Pertanian. There's a food court there and we rested for a bit and enjoyed coconut shake. 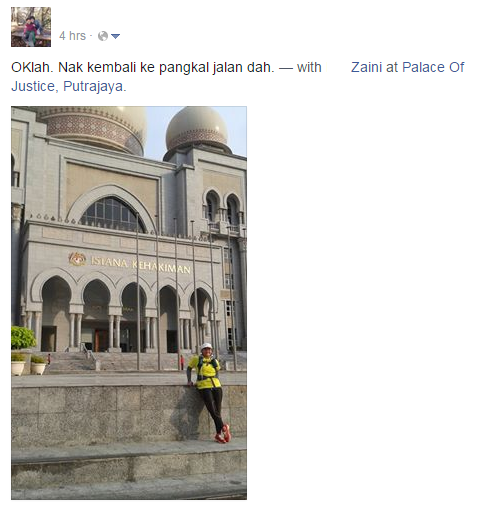 Last stop before we got back to Taman Seri Empangan where we parked our car was the Palace of Justice. Just for a photo op.

It took us 10 hours to finish but it was fun.

p.s. all the captions in the FB photos are tongue-in-cheek and are not supposed to be taken seriously. ^^
Email Post
Labels: Close to my heart Gardens and Parks Itchy Feet Out and About Travel - Malaysia Travel - Putrajaya