With RMCO coming into effect and public parks open, we finally venture out for some exercise in Putrajaya in  June.

We decided to head back to the route that we used to do but haven't done so in ages, which is along the jogging/cycling track by the lakeside.

We've been visiting Putrajaya for a leisurely stroll 3 Sundays in a row now but won't be doing so next week because we'll be heading back to our hometown instead.

Anyhoo, for our stroll, we always start from the carpark area near Monumen Alaf Baru (the one that looks like a pencil but is actually a hibiscus flower and the pencil thingy is the stem of the flower). 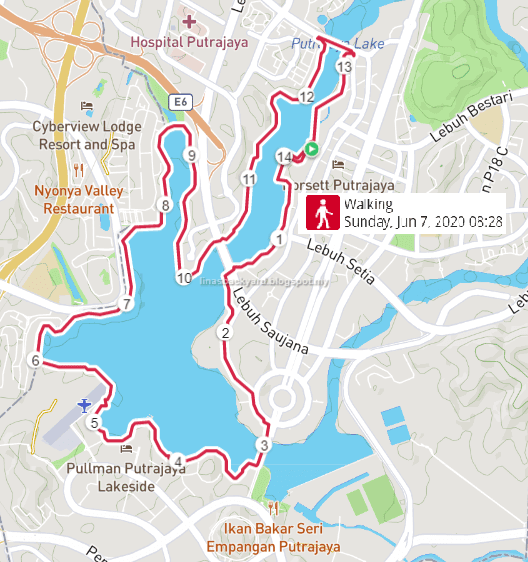 I did 14K on the first Sunday in June while Hubby did 15K.

We walked from Umai Cafe towards Taman Seri Empangan, then to Putrajaya Water Sports Complex in Presint 6, and continued towards Presint 7.

If anyone wants to try this route, do make sure you have ample fluid with you. 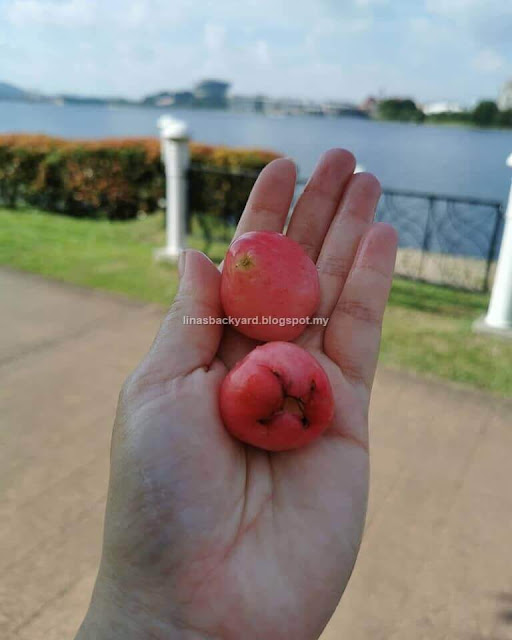 We get to enjoy some jambu air along the route though.

We continue on towards Ayer8 and later we crossed the Seri Wawasan Bridge to head back to where we started.

Last year, we did this route but instead of crossing the Seri Wawasan Bridge, we continue on towards Istana Darul Ehsan and crossed the Seri Perdana Bridge then head towards Alamanda. (We just wanted to enjoy some AC in Alamanda before finishing our stroll). 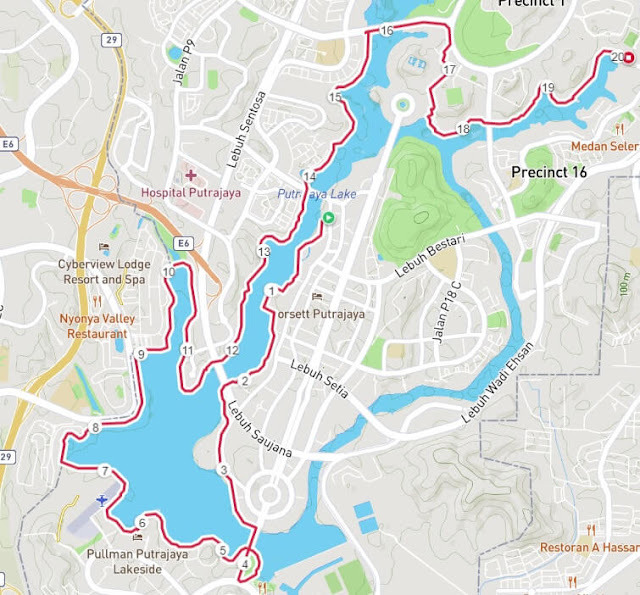 That route got us 20K, then the route back from Alamanda to McDonald's Putrajaya was about 4-5K.

You can actually do a 30K route just by following the lakeside path (most of it anyway). The only downside would be, it's a flat route. The advantage is, it's away from traffic and most of it is shady.

Just for record, we've done a few 12-hours stroll around Putrajaya a few years back where we covered Taman Rimba Alam, Taman Botani and Taman Wetland Putrajaya among others.

Coming back on track, on the second Sunday of June, we did this very popular core island loop (dunno what others call this route nowadays). 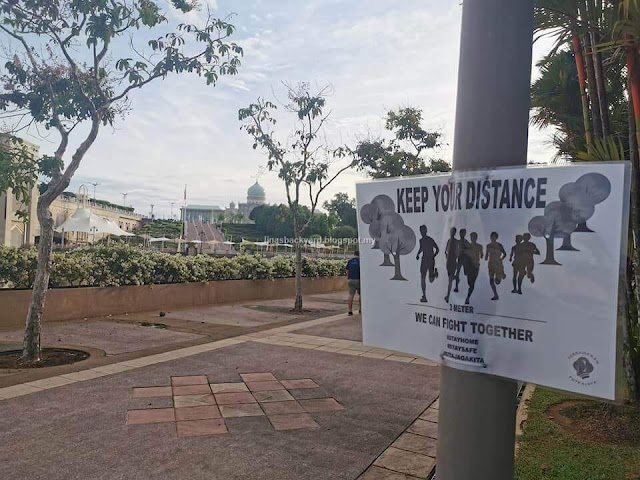 A reminder that we're still in RMCO at Taman Wawasan.

A full loop will give you about 10K but we decided to cross the Seri Saujana Bridge and continue towards Ayer8 before crossing the Seri Wawasan Bridge. 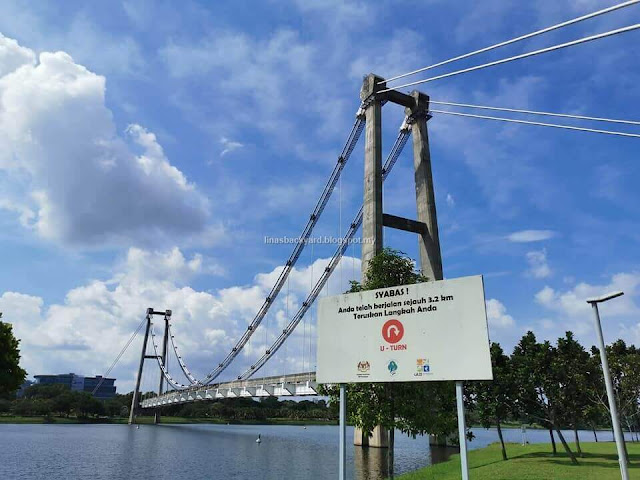 This is an unfinished monorail bridge, if you don't know yet. Hehe 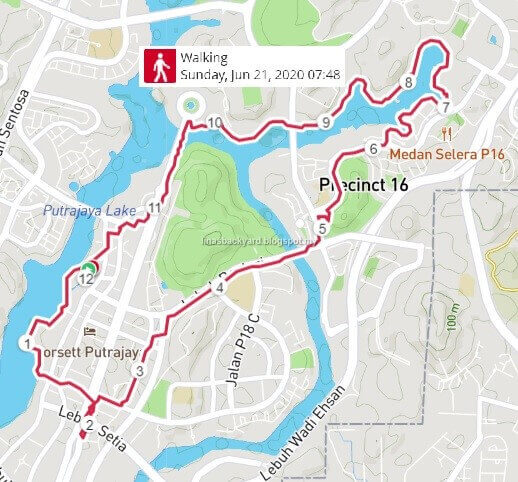 Hubby and I did separate loop on the third Sunday of June.

We started together until we reached Galleria then went on our own chosen path. I first head to Presint 16 and made a toilet stop at the food court near Taman Warisan Pertanian. 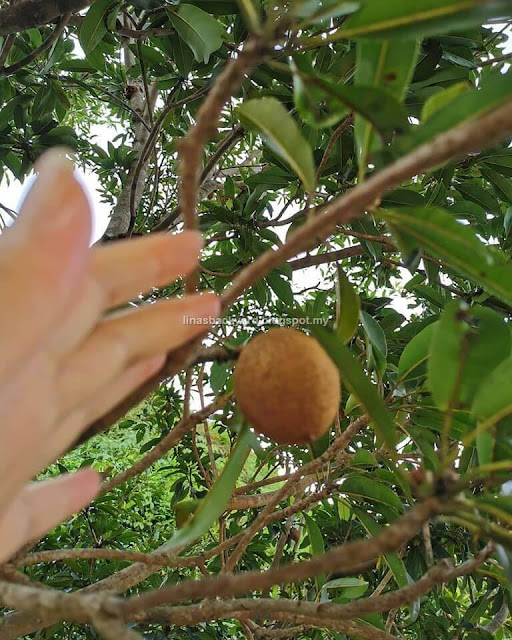 Ciku tree by the roadside at Presint 16. 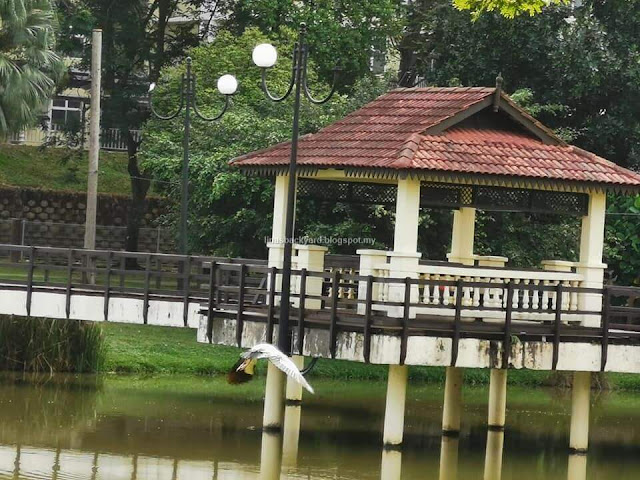 The route from Presint 16 to Masjid Putra (and to Dataran Putra) is very shady so this is a very comfortable route to do even at noon and I got a 12K using the route.

Hopefully, we can revisit other routes in July. After all, with no race being held because of the COVID-19 pandemic, our weekend mornings are quite free nowadays.
Email Post
Labels: Close to my heart Gardens and Parks Hobbies n Stuff Itchy Feet Out and About Travel - Putrajaya