So Zaini and I did a full marathon on Saturday night at Putrajaya Night Marathon. Ran 42km despite not really training for it. Really asking to suffer, if you ask me!

Putrajaya may be just 20minutes away from our home but I decided we might as well spend the day and night (before and after) the marathon in a hotel room. Get comfy before get suffering! Something like that la... Hahaha

We stayed in Pullman Putrajaya last year but this year, we downgraded a bit and stayed at The Everly, situated right next to Alamanda Mall. Cheaper mah.

If you read reviews about this hotel, you notice that the main complaints are the seemingly lack of proficiency of English by the staff. Not a problem for me. I talk in Malay to any race here.

To tell you the truth, I rate 5-star hotel staff highly at their willingness to talk back in Malay to me instead of turning snobbish at my apparent "orang kampung" style. Yes, for this guest; you get good marks for talking in the national language.

So sue me, if you don't agree.

Check-in was a breeze. The reception staff were all nice enough. OK, so not high standard compared to Pullman but then, it's like comparing apple and durian lah! 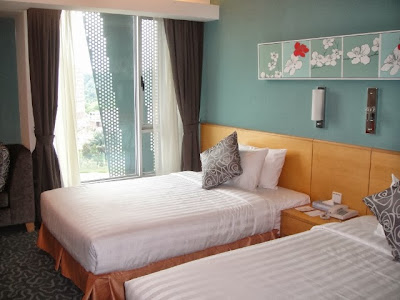 Our room for the night. I booked a two single bed deluxe room. Room was still brand new, the wood still smell of varnish. 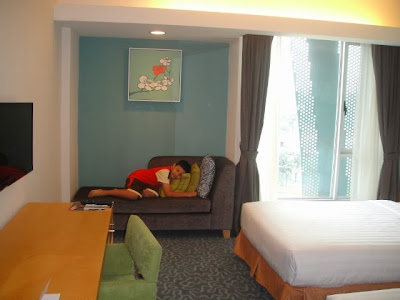 Got a couch too. Pity the position isn't ideal. If there's a window there, it'd be ideal to lounge there and read a book or just day-dream. 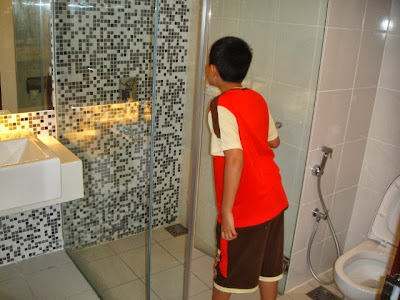 Simple, functional bathroom. No bath-tub. Only suite rooms have tubs but to pay RM300 for a suite, I might just as well head to Pullman. 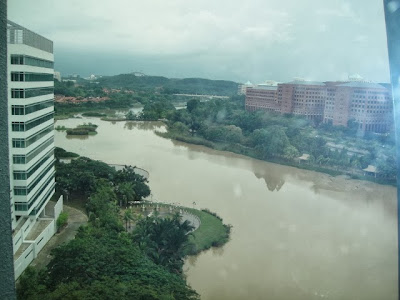 The view of murky lake. Hahaha

If one so desired, one can jog from this hotel, and make a loop before returning back to hotel, just running by the side of the lake. I think it should be around 8-9km? I've done Everly-Masjid Putra so far, and it's about 5km.

After check-in, we went to Alamanda for a bit of shopping and had an early dinner. 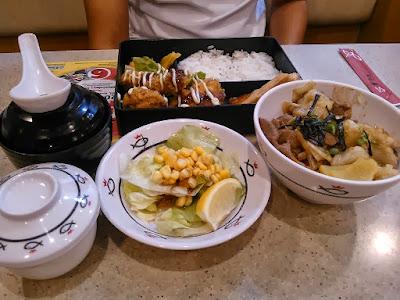 What can I say?

Meh... I keep forgetting why I avoid Sushi King after months not entering one. Gawd... sub-standard food. But hey! Service seems to have improved leaps and bounds so that's a plus.

Ate dinner, ended up not buying anything, went back to hotel, relax a bit, showered then off we (Zaini & I) went to Palace of Justice where the marathon's starting line was at.

We drove there but some runners opted to use the shuttle service provided by the hotel. Nice touch from the hotel management.

It was nice 7 hours after that to come back, enjoy a cold shower and sleep on a very comfy bed with very soft pillow. Bliss... That's RM170.00 well spent for me!
Email Post
Labels: Out and About Review Travel - Malaysia Travel - Putrajaya Vacation