So there's this charity run organised by Mid Valley City Megamall today, the Mid Valley City Charity Run; and somehow I was registered to run in it. Wasn't too keen about doing it initially because well... at the risk of sounding snobbish; I really rather not wake up at 5am just to go out and drive into KL to run for 30minutes.

But I did and I had fun. With friends and colleagues.

That's what counts, right? Can't be all too serious about running, all the time. 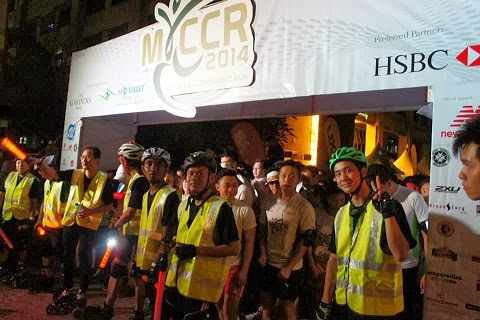 Seconds before the flag-off, at 7am sharp.

I chose to linger, snap some photos and only made my way to cross the start line 3 minutes after flag off. 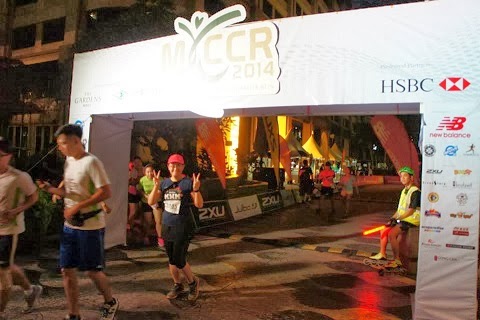 The route was still pretty much packed so can't even run in the first loop and I alternated between walking and slow jog. Passed by familiar faces whom I greeted (or rather hollered). 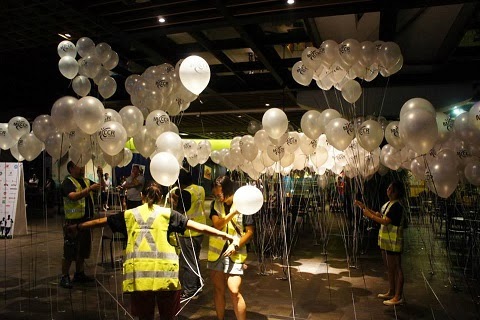 Second loop soon after and to mark that you did the second loop, we were given a balloon to run with. (Actually, if you didn't have the ballon, you still get the medal if you sauntered by the finish line after 8.30am. Hohoho)

Didn't stop at the water station as didn't feel the need to. Continued to run. Continued to kacau people. Saw a few little kiddos running alongside their mom so I clapped encouragement to them. They are so CUTE!

Finish 27min later so yeah, nothing fast. Someone told me later it wasn't even a 5K distance. Just about 3.7K? I didn't switch on the GPS on my Timex so I had no idea how far I did.

After finishing, I lingered in front of the Finish arch so that I could take photos of my colleagues finishing. Got "scolded" by hubby who told me to go queue for my medal and goodie bag first, in case everything habis. LOL

Queue for each station was long but fast moving and met a few other runners while queuing and had fun chatting with them. Some I recognised, some their names completely escaped me. Sorry folks! 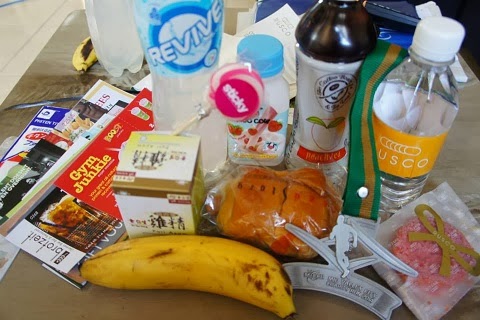 Since it's a Mall run, there were many sponsors from the tenants of the mall which made the goodie bag pretty awesome!

Not in photos, as the food kena walloped earlier were egg tarts, donuts, Gong Cha tea, Nestle breakfast cereal and of course MILO!

All in all,a fun event for non-runners. Actually for runners too; because of the freebies. HAHAHA But running wise, unless we started way in front of the pack, we can't really run much as the one lane closed for runners was pretty jammed with walkers.

But hey! I saw that my colleagues had fun. Good for them. They enjoyed a good morning out today, I hope. ^^
Email Post
Labels: Events Itchy Feet Race Recap