Still functioning normally. Raimie is still doing well with this fasting although I still have to contend of his whine that he's so tired/hungry/thirsty when I went to pick him up after his religious school. But all will go well after a nice shower. Funny that he was worried in the early days of fasting to take a shower after Asar or take a nap because he's afraid that his puasa will not count.  I told him, it's better than having to buka puasa... or worse for me - listen to him. Bad mommy. he~

No updates yesterday. Zaini got home rather late, and I wasn't in the mood to do any update tho this blog as I was already groggy by 9.00pm.

Both of my heels are killing me these few days and the muscle relaxant medicine I'm taking cause drowsiness. No run for the past two days too. Just when water supply is back to normal too. Sucks. :(

After frantically checking several hotels in Taiping and most of them are fully booked on Sep 16th, I finally received an e-mail from Legend Inn that they have a room available. I really want to stay at Flemington Hotel but I guess so are the others who are coming to Taiping for the Malaysia Day weekend. So looks like, I'll be going to Taiping after all... unless Zaini deemed Legend Inn is beneath him and doesn't want to stay there. Then, habislah I! 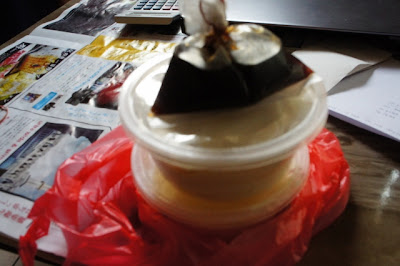 Can't wait for the weekend to arrive and get my hands on some silky smooth tau foo fah. Uncle so nice, packed the syrup separately for us so that the tau foo fah still taste nice by the time we buka puasa. ^^

Anyway, on a totally unrelated matter about me, fasting (and being pure and abstaining from any unholy thougts) et cetera, here's an answer to SK at what I commented over at Simple Person's fruit post. Don't faint! LOL 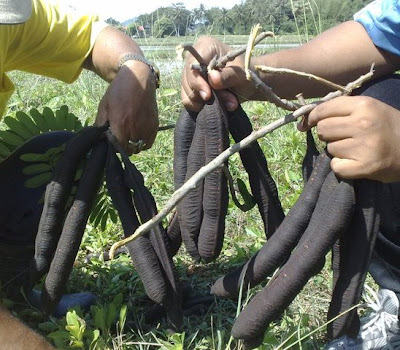 Do you know what this is called? ^^

p.s. dunno who to credit for this photo as I saw it in a few blogs.
Email Post
Labels: Celebration and Holidays Checking-In Close to my heart Makan Time Rants and Ramblings