Transcend Into A New Paradigm

1
a :  to rise above or go beyond the limits of
b :  to triumph over the negative or restrictive aspects of :  overcome
c :  to be prior to, beyond, and above (the universe or material existence)
2
:  to outstrip or outdo in some attribute, quality, or power
intransitive verb
:  to rise above or extend notably beyond ordinary limit

Big words for a big shoes. Brooks Transcend, to be exact. 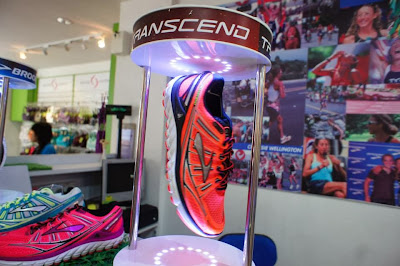 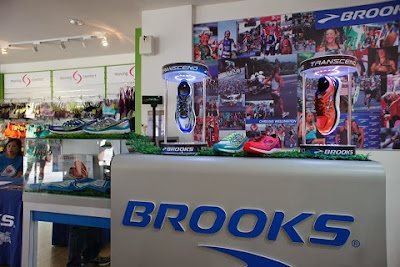 With the help of a little bird, I sniffed about an event called "Blog with Brooks" last Saturday and shamelessly asked to be included. Brooks Malaysia is doing this "Brooks Transcend Blogging Contest" and I thought it'd be fun and informative to join. At the very least, I got to see the new Brooks Transcend shoes that will be launched worldwide in Feb 2014! I got a chance to meet great people too!

On Brooks Transcend shoes itself, the model came with the idea of shifting away from figuring out the supposedly “correct” way to run and instead, knowing yourself and your own unique stride signature. Instead of matching the runner to the shoe, the idea is to match the shoe to the runner. It is about making the best of what is right, instead of fixing what is wrong. TRANSCEND.

One of the key features that was highlighted for this model is on Stride Signature.

Brooks Stride Signature, a new holistic approach to designing and fitting running shoes that starts with the runner to optimize efficiency, reduce injury and enhance comfort. 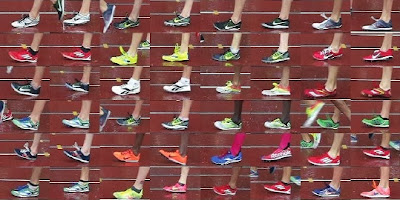 Here's a photo of individual strikes of runners in the US Olympics Trials - Men 10K 2012. Each runner strike differently. Actually, not only the heel strike is different, there are other differences if one is to study the nuances of each runner; ankle joint, knee joint, hip joint, etc. Fuh~

With Transcend, Brooks promises that rather than correcting runners' bio-mechanics based on generic and redundant concept of what normal running form should be; Brooks works with individuals to accommodate their running form.

For more info on it, you can head over to Brooks Malaysia website and read more on it. 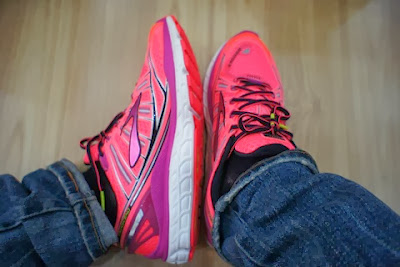 I got a chance to put on the Transcend shoes during the event and while it's too early to say anything about it, first impression was good. It has the firm feeling that I like while giving runners a cushioned ride as well.

Makes a great Valentine's Day Gift for 2014. *hint hint*
Close to my heart Events Itchy Feet Out and About Review