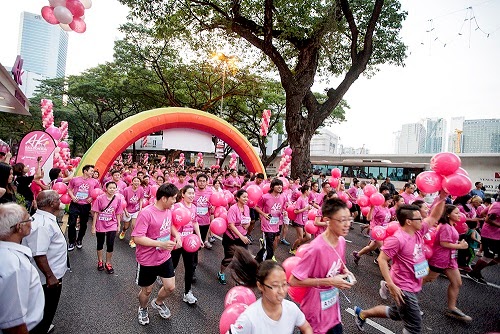 Kuala Lumpur - A total of 765 runners, young and old of all creed and colour came bustling early this Sunday morning to take part in Kuala Lumpur’s very first balloon run organized by Avenue K shopping mall. The 5 kilometre fun run took place in the vicinity of the trendy new shopping mall along a scenic route within the city centre mainly via Jalan Pinang, Jalan Binjai and Jalan Mayang. 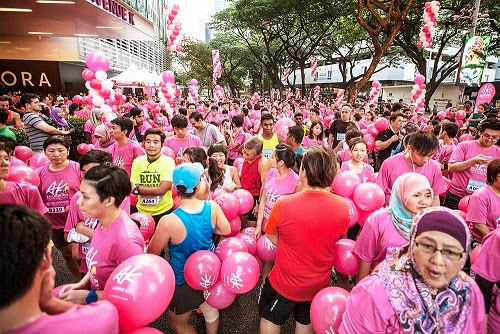 Participants were divided into the Men’s Open, Women’s Open and the adorable Family category where any two parents with two to four children were eligible to take part. Top winners in all categories received cash prizes and the top 50 finishers in the Men’s and Women’s Open also received a medal while everyone received a certificate. 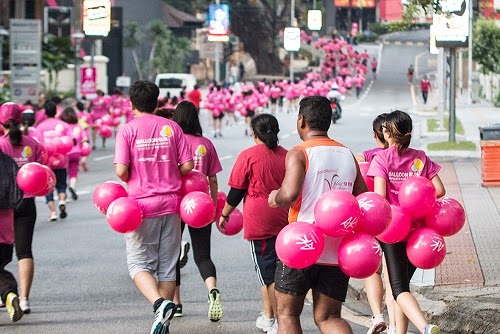 What made the run unique is that runners were required to tie four balloons to any part of their body to be carried with them throughout the 5 km route which strategically connects various city attractions such as the twin towers and the Kuala Lumpur Craft Complex, starting and finishing at AK’s main entrance on Jalan Ampang. 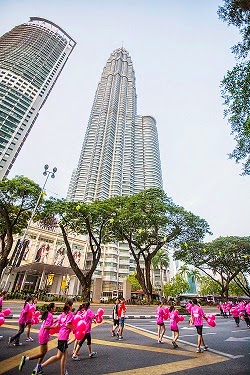 The balloons also acted as time boosters which deducts 5 seconds per balloon from the runner’s official finishing time, once they complete the race. 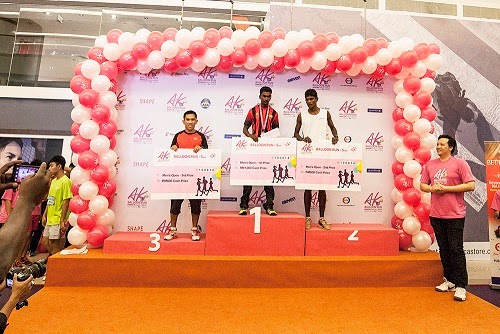 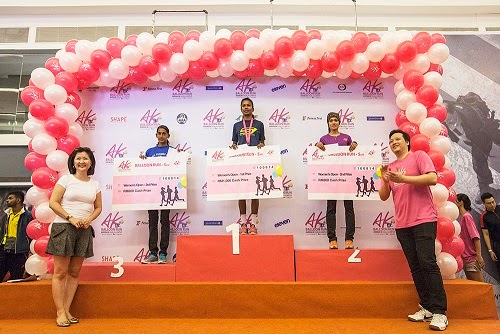 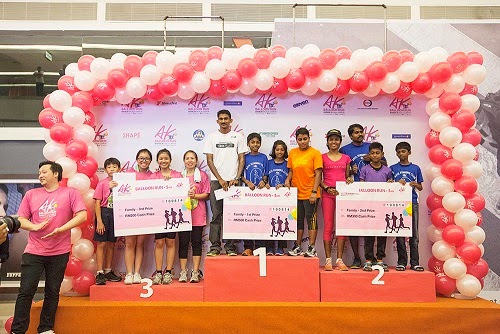 The first place winner in the Men’s category was Thevan a/l Rayoo with an impressive time of 15 minutes 53 seconds while the Women’s category was won by Sheela a/p Samivellu with an equally impressive time of 18 minutes 25 seconds. The Somasuntharam family, who ran with their son and daughter took the first place in the Family category finishing the race in 23 minutes and 38 seconds.
The AK Balloon Run aims to bring Malaysians together and infuse a neighbourly community spirit via a healthy activity that injects a unique element.
According to Sue Wang, Avenue K’s General Manager, “We believe in offering exciting experiences for all our shoppers hence the balloon run’s creative concept, which is the first of its kind in Malaysia”.
“We would like to spread the message that Kuala Lumpur is a fun city and Avenue K embodies that very idea. It’s a cool urban hub where individuality and creativity is celebrated,” she added.
The main idea behind the conceptualization of a balloon run was to re-inject fun into a run. The idea is to make runners feel happy and not be intimidated by the idea of participating in a run.
Judging from the overwhelming response this year, Avenue K plans to make the AK Balloon Run an annual event, with even more participants.
Themed entertainment specialist, Discoveria and KPJ Healthcare also supported the run by coming as partners for the lively event.
Avenue K along with co-organisers Concepteleven Services are already in the midst of planning next year’s AK Balloon Run, bigger and better with more surprises in store for all participants.
﻿
Email Post
Labels: Events