A running friend and a respected runner asked me whether I wanted to join him and his group for a test run for an upcoming Ice Watch Light Up The Night Run in Shah Alam and I didn't even hesitate and said YES!

It's been a while since I run with a group; I think the last group run I did was with Gaited Community and in Putrajaya way back in 2014? Or was it 2013? Yup, that long.

The route for the night run will start from Plaza Masalam so that was our RV point. Hubby and I had two prior "events" earlier during the day and we went straight to Shah Alam after finishing both. 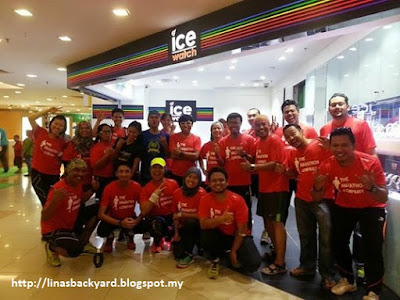 First order of business was changing our shirt to the night's group tee. 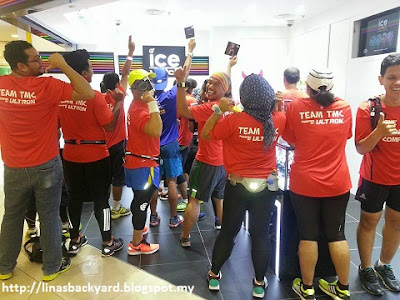 I have to say, the t-shirt from Ultron is quite nice and light. L size for me this time.

After changing, we all trooped to Ice Watch's shop located on the Ground Floor of Plaza Masalam, kaypoh'ed at their watches and then took group photos before starting our run.

I heard there will be some nice surprises from Ice Watch to runners who registered for their run. Wait for it, ya? ^^ 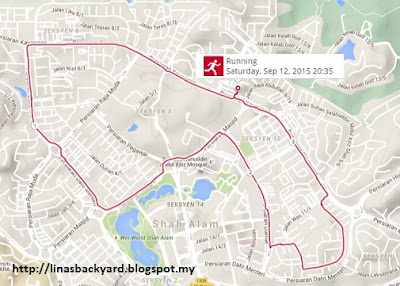 We did the 10K route which has some nice inclines dotted here and there to make the route quite interesting and passed housing areas.

The steepest incline I noted was located at Section 11 as we entered Jalan Kompang at around KM7, heading back to the finish line but it was only for a 100m or so, so it wasn't too bad.

There will be 5K and 10K categories for the Ice Watch Light Up The Night Run, so I wonder whether I can influence my cousins living in the area to join this run too? ^^ 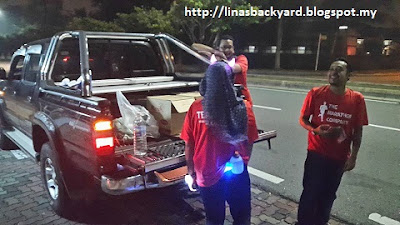 For our route test run, we were assisted by a mobile water station and they waited for us at every 3K mark. It was also an opportunity to wait for all runners to re-group before we continued our run. 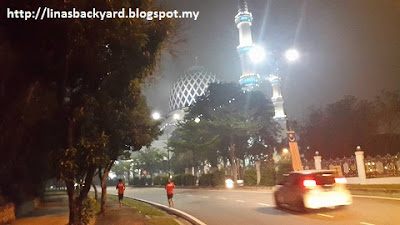 There was some stretches that had high traffic especially around the roundabouts but as we run along the route, I feel the traffic wasn't so bad for a Saturday night weekend traffic. Except for a few Mat Rempits that is.

Most of the route was well-lit and only a short stretch at Section 4 and Section 11 was a bit dark. Just a short one, less than 50m each.

I hope that during race day, traffic marshalls will be placed at critical junctions/roundabouts and at the final junction before we face the 100m incline towards the finish line back at Plaza Masalam.

All in all, I had fun and can't wait to come back again for the official run itself. 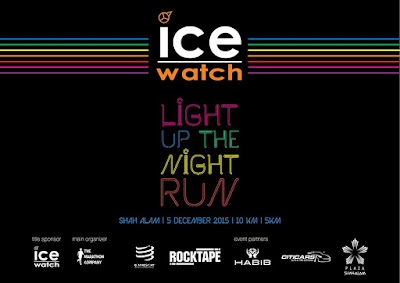 Registration for Ice Watch Light Up The Night Run will open soon so stay tuned!
Update : it is open now so head to The Marathon Company website for registration.

What's its all about?

Have fun!
Email Post
Labels: Itchy Feet Out and About Travel - Selangor