- September 01, 2015
My brother got married last weekend in Kuantan and so, everyone head-off to Kuantan for the weekend.

My siblings actually went a day earlier, on Thursday night while me and my family went to Kuantan later as Son still has school commitments and Hubby is working.

But we were lucky we somehow made it to the Akad Nikah ceremony before it ends. 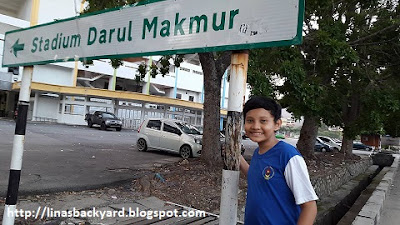 My brother had helped booked a room at Palm City Villa located just across the Stadium Darul Makmur and the East Coast Mall. Awesome location!

After the Akad Nikah, we got our room key from one of my sisters. The rest of the clan had stayed there the night before but would stay at a homestay near Pantai Batu Hitam for the next two nights. 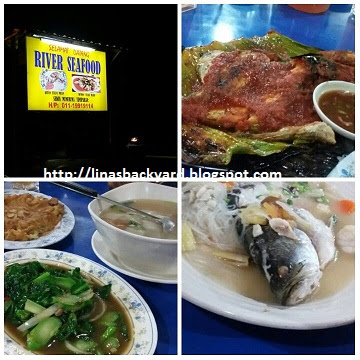 We later had dinner at a restaurant near the homestay with the family. 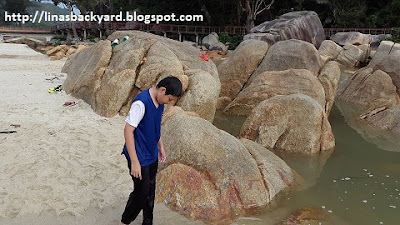 The next morning we visited Teluk Chempedak.

At 7.00am, not many people were at the beach yet but we did see a few cyclists and even a group of runners, running along the beach. 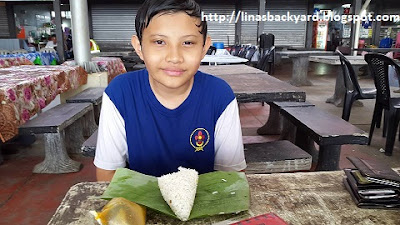 I managed to put in a 25 min run while Son and Hubby went for a swim.

After they showered at the public shower (entry RM1.00), we had our breakfast. The local way. ^^ 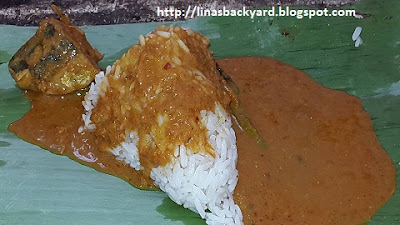 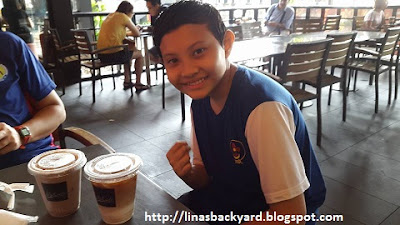 After our breakfast, we walked over to a nearby McD to take advantage of their Merdeka promo. 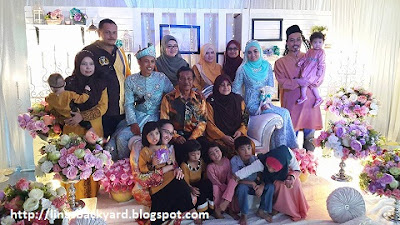 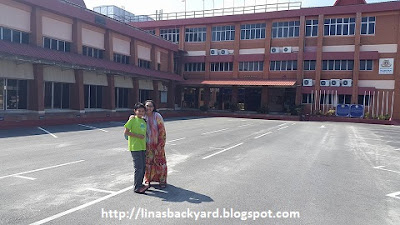 After the bersanding ceremony, I told Hubby I wanted to show Son  my old school so we went there for a visit.

We were allowed to tour the place and I excitedly showed Son my school where I spent my Form 1 & 2.

We decided to extend our stay in Kuantan for another night and joined the rest of the family at the homestay. 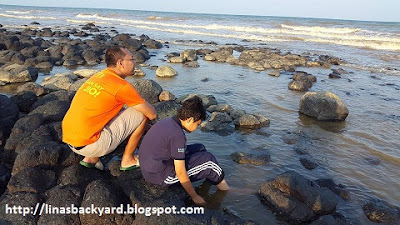 Which was really nice as the homestay is only a few hundred metres away from Pantai Batu Hitam. 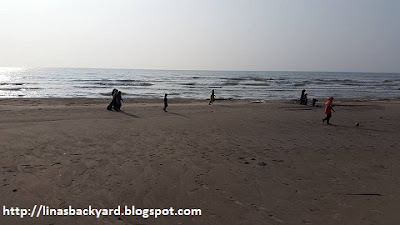 Children from a nearby Rumah Kasih seen collecting rubbish left on the beach. 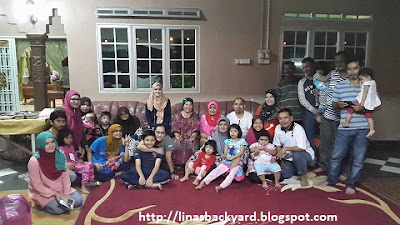 Later that night, we visited a relative's house and was treated to some really delicious home-cooked fare.

And pretty soon, the weekend is almost over and we need to return to KL. 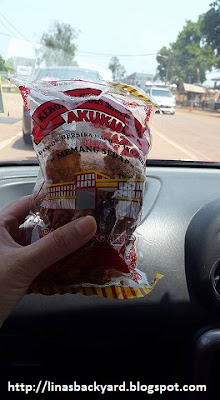 Got some rations for the trip home. 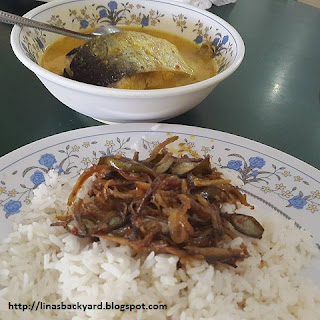 As we arrived R&R Temerloh at around lunch time, we stopped and indulge in what Temerloh is famous for.

Ikan Patin.
And I got ikan bilis goreng with petai.
It's special because I couldn't get the ikan bilis cooked this way in KL. This is how we Orang Kampung cook it. With the petai shell and all.

We were lucky that we didn't experience any bad traffic jam until we reached MRR2 but that also wasn't too bad.

But I wish we were still in Kuantan. Being greeted by a hazy sky as we entered KL is no fun at all!