To The National Museum II

The Coffin Exhibition: Tradition & Myteries is held from 01 April to 20 June, 2010. Entrance fee to the exhibition cost RM2 for adults and free for children under 12 and students in uniform. For those wishing to take photos, there's a charge of RM3 for still photography (camera or handphone) and RM5 for video camera. I guess one can opt not to pay and still take photos because nobody checks anyway but would you grudge the museum a mere RM3?
I know I shouldn't complain, what with the fee being so cheap but I do wish there were pamphlets available for visitors to read about the exhibition. Granted, each exhibits had ample explanation available but you'd have to take photos of them too to remember what each exhibit represents.

Photos of some of the exhibits: 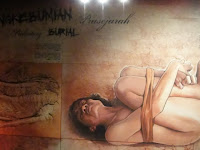 The Perak Man, aged 13,00years.
The skeleton was discovered in 1991 during an archaeological excavation work in Gua Gunung Runtuh. 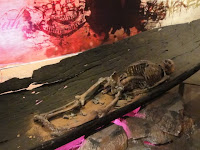 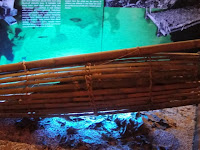 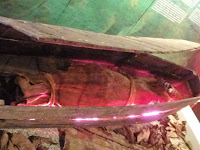 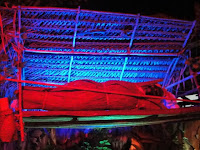 A Bateq burial. Bateq people lived at the remote area of north Pahang, west Terengganu and south Kelantan. They interred their dead on a wooden or bamboo platform high up in trees. 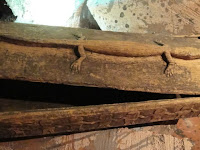 A child's coffin of the Barito Dayak tribe in West Kalimantan. 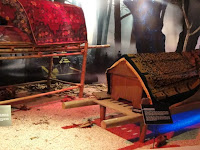 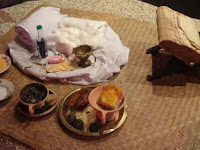 Malay funeral.
Simple coffin draped with kain batik for use to transport the body to the grave. Malay funeral generally follows Islamic rites with a mix of ancient custom practiced over the years. 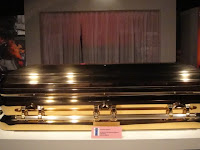 A 14K gold coffin on loan from Nirvana Memorial Park, at the Chinese section. 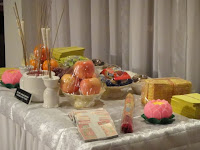 Altar where burning incense and a lit white candle are placed is positioned at the foot of the coffin. 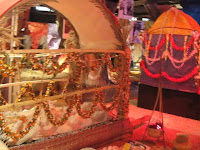 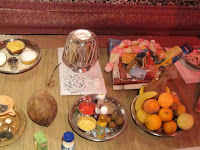 and the items needed for th burial rites. 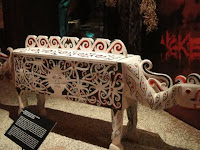 A Kelabit Lungun coffin for their aristocrats. The tribe from Sarawak swathed the coffin in colourful fairytale-like motifs and carved in the shape of a mythical animal called the balan tanah, a cross between a dog and a dragon. In the olden days, it was kept in the family apartment within the longhouse. 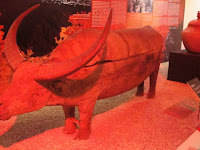 A Buffalo Erong (coffin) of the Toraja; originating from the Sa'dan region of Central Sulawesi. 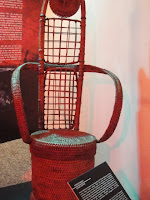 Chair coffin used by the Kalanguya community of Luzon Island in Northern Philippines. 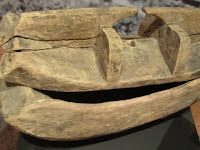 A child coffin of a sub-ethnic community in Northern Thailand was the last exhibit on display.
Email Post
Labels: Local Exhibitions Out and About