Zaini and I took a day off today to go to school and collect Raimie's report card. Although we didn't need to because Raimie's school is quite near to both our offices and it took just a few minutes meeting up with his class' teacher, but what the heck. I've been wanting to take a day off anyway...
Although his teacher had no problem with him in class and has high expectation of him to do well each exam, she did mentioned that Raimie does love to chat in class and sometimes lack concentration to follow teachers' instruction. I'm afraid Raimie really does inherit a lot of his Mommy's bad traits! He'd be disciplined and meticulous if he is like his Dad! Though lucky Raimie, like Mommy has a good brain. ^-^!
It was rather nice to know Raimie still maintained his no. 2 spot for Standard 2 classes. We were rather worried his placing would drop because he didn't get a good result for his Malay Language papers. That and the fact he missed quite a number of days from school because he had chicken pox earlier this year. He got As for almost all subjects, even 100% for Arabic except Malay Language papers. He only got a B (76% & 88%) for them! I was like, "Are you a Malay or not?" LOL
Students were allowed to return with the parents after meeting up with their respective class teachers so Raimie was only at school for half an hour.
Since I promised that we would take him to watch Toy Story 3 if he can get No. 2, we went to Gardens Mall's GSC Signature after that. 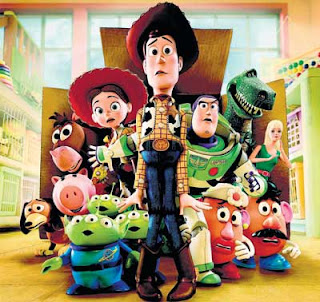 Have you watched the movie? If you haven't, you must definitely go and watch it!
It was totally awesome. The storyline about Andy being all grown up and heading to college; and what happens to the toys is a perfect ending for the toys' adventures. It's a story about growing up and letting go. About not giving up no matter what. About finding new hope. All I can say to sum up is, the story of Andy’s toys is as heartfelt and wonderful as ever. Woody, you are more than a piece of plastic to me.
Perfectly worth the RM81.00 tickets I paid for. :p
I cried buckets! I'm such a crybaby. *^-^*
More outing on Saturday. No late mornings for us tomorrow. We need to send Raimie to school for his Kem Bestari Solat (Prayer camp?). Raimie had always bugged us to take him to the museum, so maybe after the camp, we'll head to the National Museum.
Email Post
Labels: Close to my heart Movie Date Out and About