Putrajaya 50K, A Hot Run Under The Sun

Firstly, thank you to Suzie and her hubby Arman for allowing us (me & family) to be involved in this. We didn't do much, we were there just to kepoh-kepoh on event day. Well, actually Zaini and Raimie helped out. I just sat around for a few hours. :P

Putrajaya 50K was not a race but rather a supported and organised LSD around Putrajaya; for 50km, starting their run at 7am. And yes, there were crazy people who signed up for this! I mean crazy in a good way lah! ^^

Details of the final route can be seen at Pacat Adventure Team's blog. 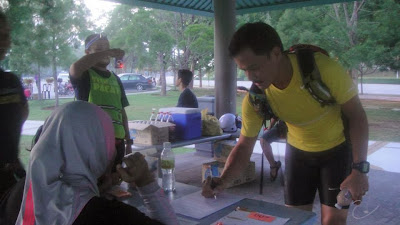 First order of business, registration. It's important to have all runners accounted for. 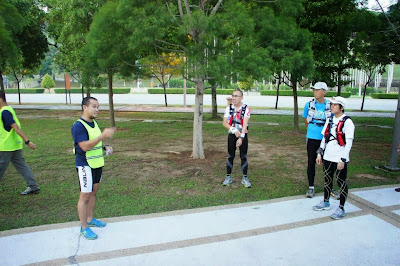 Then, a briefing about the route and safety measures before the start of the run. 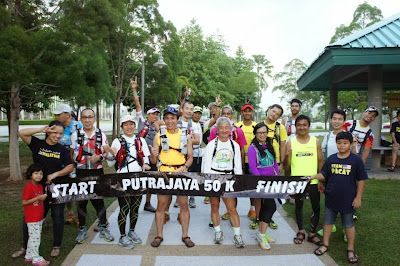 We can't let them off before a group photo(s) while they were still fresh, can we? Photo time! 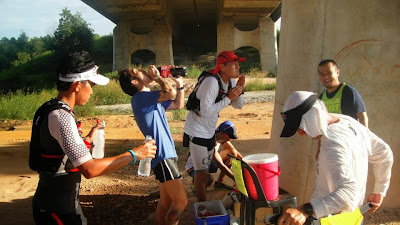 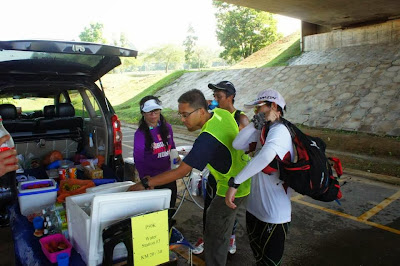 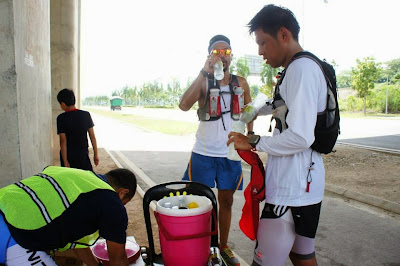 At the water stations.

This is a 50K LSD. Not just a normal run. Hence, the water stations were stocked up with not only water and 100-Plus, there were Coke, bananas, bread, Nutella and there were also packets of nasi lemak waiting for them at the finish line!

Arman, Suzie, Zinov and Zul kept each other updated about WS status and runners arrival which also essential to keep track of each runner. 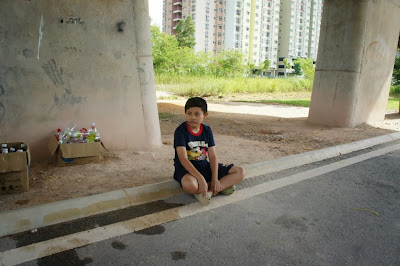 While I waited at WS 1, Zaini and Raimie helped out at WS 2. Poor boy. Tired, eh? He slept late last night, waiting for Mommy and had to wake up crazy early this morning.

Mommy is super proud of him. ^^ 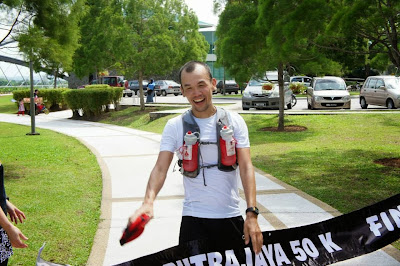 The first runner to arrive. 5 hours running under the scorching sun. 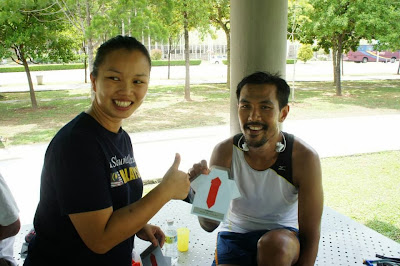 A finisher memento for the runner. A finisher "tee". Got tie some more wor! Bwahaha!

Super creative, I might add. And it didn't cost a bomb. I'm sure everyone appreciate it. We love our volunteer "tee" too. :-) 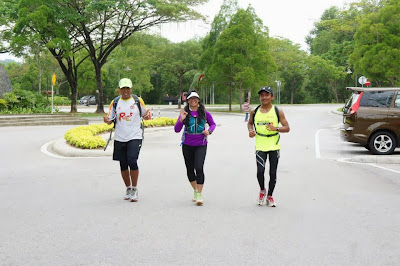 We didn't stay long. We waited long enough for Gai to arrive before making our move. Sorry peeps. I gotta go to PJ to collect something that's why we gotta leave at 1.00pm. 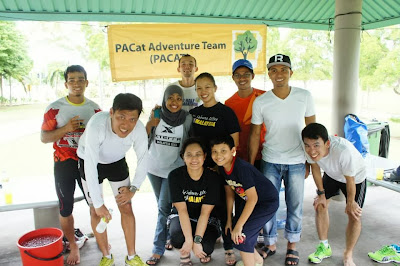 One final group photo before we balik.

To all runners who joined the LSD : RESPECT!

To the organiser of this LSD : RESPECT!

Oh yeah, some photos of Putrajaya 50K taken that day can be viewed here.
Email Post
Labels: Itchy Feet Out and About Race Recap