I'm not going to talk about fasting or any ibadah I do during the fasting month. I've already blogged about fasting and the challenges one may face during this Holy month in previous years and I don't think I want to repeat myself.
Truly, for many of us; apart from not eating during the day, the fact that I get to go off from work an hour earlier (and clock in to work an hour earlier too), have busier nights due to terawih prayers or baking raya cookies or whatever, life remains pretty much the same. Right?
And it's the same with training. With Standard Chartered KL Marathon and Putrajaya Night Marathon looming in a few months time, many do need to continue with their training.
I train. I still run. Most times before buka puasa (iftar) and during weekends, in the wee hour of the morning before sahur. Adjustment.
There is no big deal about training in this fasting month, actually. Adjust accordingly. That's all.
Granted, my training runs so far isn't all that great but better than nothing, right? For now, I'm trying to be consistent and not be too lazy. Hur hur
I took it easy on the first week of puasa as I just completed Back 2 Endurance run the Sunday before. 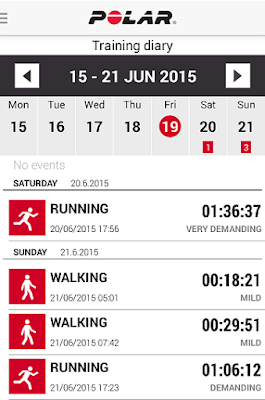 ﻿
The Saturday run was done around the core island of Putrajaya before buka puasa and then my family & I buka puasa, picnic style. I blogged about it, remember? :) 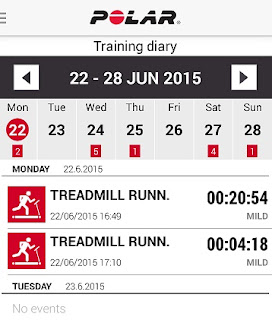 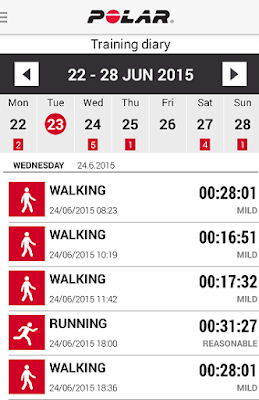 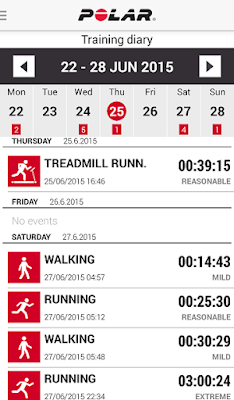 Just really short runs during the weekdays last week but I managed to slot in a tempo run on Saturday morning and then do a 21K later at night with a couple of walk training up the hill of my housing area during the day. ^^

I am doing better (I think) this week but now I have a headache on how I'm putting in my 29K long run. The options now is:
1. Start at 1am, finish before sahur on Saturday hoping that I won't get too stuffed to run as I'll be heading for a buka puasa at Cititel Hotel on Friday. Hahaha
2. Splitting the runs into two sessions - morning and night. We'll be heading for an Ultra training clinic on Saturday night and probably I can do a 15K at the most after the clinic.
We see how lah. Splitting the runs is not desirable but at least I'll be putting some mileage, and doing it that way can simulate running with tired legs. I will have two running sessions in my training soon so maybe I'll do it if I can't do that long run of mine on Saturday morning.
We see how lah.
Either way, I'm excited for the weekend to arrive. Don't you?
Email Post
Labels: Itchy Feet