A month after my last visit with friends to Tony Roma's and here I am, back to eCurve and stopping at Tony Roma's for an early dinner.

But this time, with my family.

Taking advantage of the fact that Wednesday was a public holiday, the family and I visited eCurve after attending the Compressport Combo Challenge earlier on Tuesday afternoon.

Hubby and I decided to take a half-day off, not only to attend the PC (which invite we received a week before the PC itself and allowed us to plan stuff around it), but also meet a few people after the PC too.

And what a fruitful half day it was. ^^

At first, we planned to enjoy the lamb ribs at Tony Roma's but as we were there at 5.30pm, we thought it would be better value to order from their 3-6pm promotion. 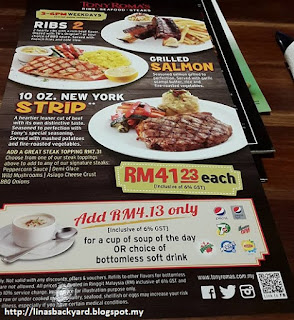 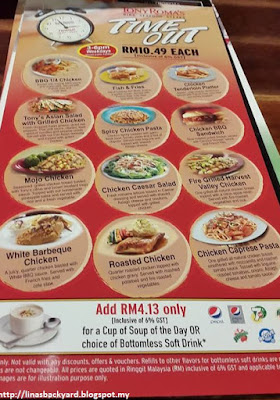 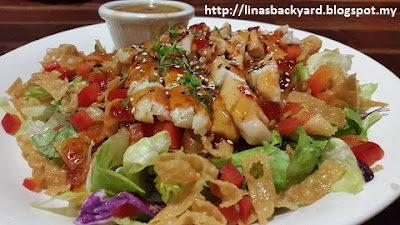 And we added the Tony's Asian Salad with Grilled Chicken which happens to be my favourite salad at Tony Roma's.

And we topped our order with drinks for a mere RM4.13 with our mains. 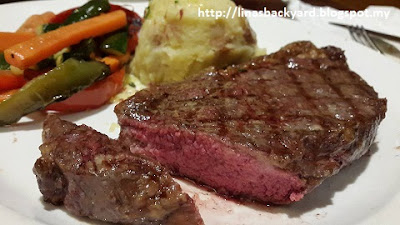 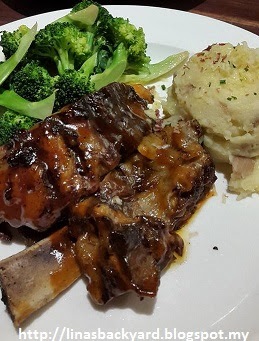 By the time we finished our meal, we were way too full to even order coffee, let alone dessert!

Later we burned off a bit of the calories consumed by trawling the mall. Hahaha

Next time, I am definitely going for the lamb ribs!
Email Post
Labels: Celebration and Holidays Makan Time Out and About