We noticed a few times, when we traveling on foot in the countryside in Japan; of unmanned stalls selling produce with just a coin box to drop our payment in.

Here are two we passed by during our hike to the Nachi Waterfall in September this year. The waterfall, at 133m stands as the tallest waterfall in Japan. 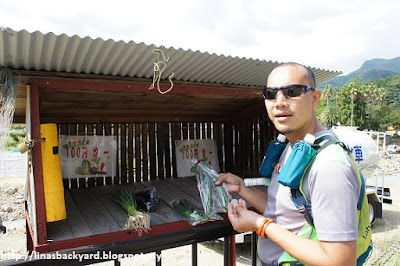 Vegetables for sale, at 100yen per pack.

We bought a pack of 3 Japanese cucumbers as snack during our hike to the waterfall. 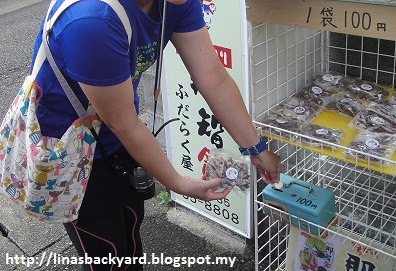 And later, found this; selling hard candies at 100yen a pack. We found later, the candies were sold at a much higher price with a nicer packaging at souvenirs shops.

Anyway, the candies were really good! 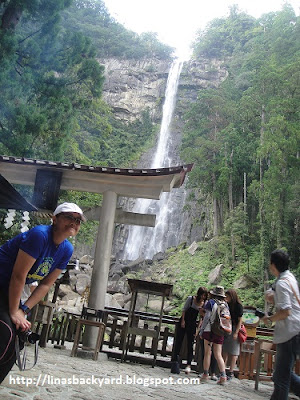 Then, after a two hours plus hike, we arrived to Nachi Waterfall.