It was the night before Powerman Malaysia 2017 (race recap here) and I wanted to eat something "light" or rather non-spicy.
Actually, I wanted to eat salmon so best option was to go to our favourite Japanese restaurant, Miyagi which is located in Bandar Baru Bangi. 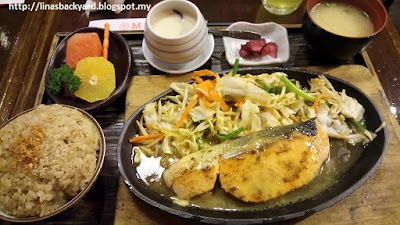 But when we got there, it was Hubby who had salmon. Salmon teppanyaki. 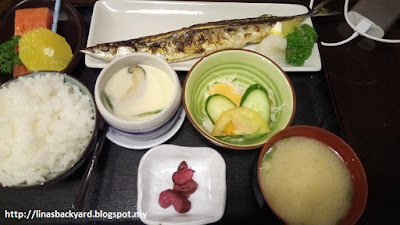 And I suddenly decided to eat sanma fish pulak.

Not as nice as the ones I've had in Japan, but passable lah. And still kenyang. Plus it's much cheaper than the salmon sashimi set that I wanted to eat initially; at RM28.62. Hahaha 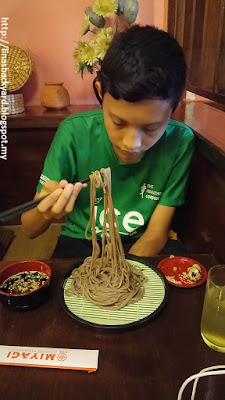 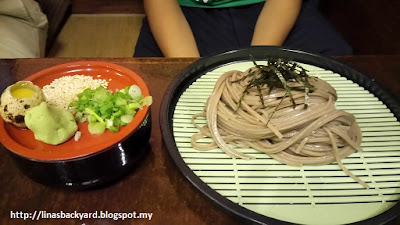 He ordered this a few times before so it must be good. ^^
A nice dinner with the family, and as a pre-reward for my Powerman Relay the next day. Hahaha
﻿
Email Post
Labels: Makan Time Out and About