Just like in 2016, I entered Powerman Malaysia 2017 in the Team Relay category as I still have yet to upgrade myself to become a multi-sport "athlete". Hahaha

But unlike last year where I ran both legs, I joined Powerman Malaysia as a member of a 3-man team. 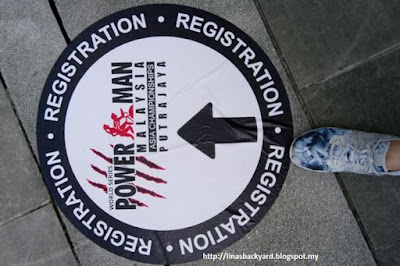 REPC was on Saturday and the family went early in the morning to collect my team's race kit.

Blur blur queued up at the individual category line only to realise I was in the wrong queue upon approaching the table. Turned out the Relay and Powerkids category shared the same (ONE) table for race kit collection. I realised afterwards that there was a signage to direct participants but the volunteers who were manning the signage kinda blocked it by standing in front of it and weren't really helping as they just stood there, smiling, glancing occasionally at their handphone. I actually advised them to move away from the sign so that participants can actually see the arrows. Bitter la konon. Hahaha 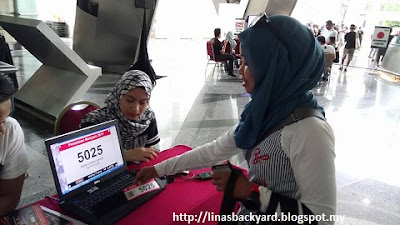 Collection done and it was time to check our timing chip.

Another blur episode for me.

I duly scanned my chip but only some weird numbers were shown on screen instead of my team's bib number and team name. The guy at the table assured me that it was OK without elaborating further.

After a while, I went to scan again, and same thing happen. Again, I was assured that my chip was OK and I kinda bodoh and accept it as it is instead of checking whether I should change my chip to a new one. Bodoh mah. LOL

That bodohness actually cost my team our timing. We had no reading at all. So no official results.

Unlike previous editions, Powerman Malaysia 2017 started off wet. It rained that morning and the weather continued to be overcast until it was time for me to run. Then it got really HOT! 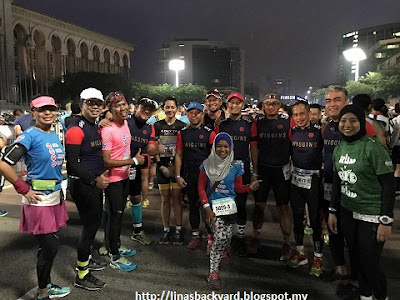 The Gaited Community (GC) contigent. Some of us anyway. Some (like me) arrived a bit late.

GC came well represented and entered in a mixture of caetgories - Classic, Short and Team Relay.

For the Team Relay category, we had Team BNM (the unlucky ones with no official timing) and Team Lemak Manis who managed to tapau'ed everyone.

For Team BNM, we started with our first runner, Bismi. 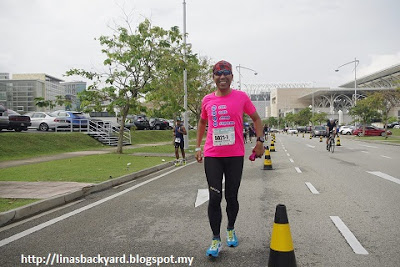 He started our urmm... campaign with a good lead by finishing his 10K First Run Leg in 50min.

Then it was the cycling leg, with teammate Nizam.

He did his first loop (30K) in less than one hour. Great job, Nizam! I waited until it was about 15 minutes to the 2-hour mark before making my way to the transition tent to wait for Nizam and start the 2nd Leg of the Run. 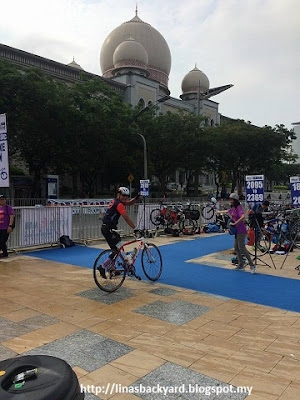 Took off the timing chip from his ankle, put it on mine and off I went. 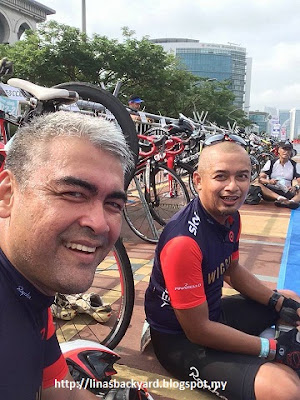 Team BNM and Team Lemak Manis cyclists having a breather, after finishing both their Cycle Leg. 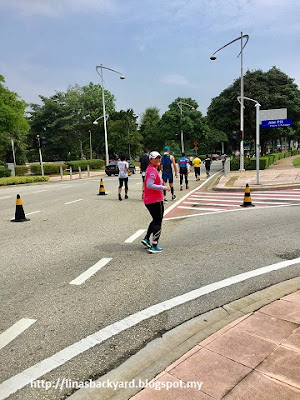 Bumped into friends along the route, both participants and those who came to give support.

Thank you for the encouragement. I didn't stop to drink during the first 5K loop but I stopped at every single one during my 2nd loop. Hot lah! 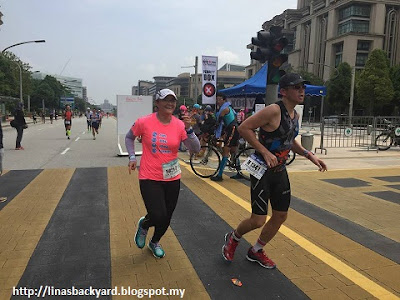 On my way to do the second loop. Still happy lah. Not too sure what I was so excited about here. LOL 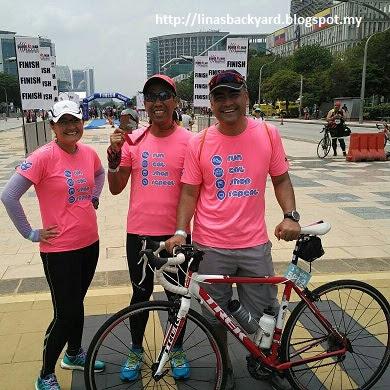 I finished my Run Leg in a rather slow 1-hour 08 minutes (gah!) and my teammates were waiting for me. Thank you Team BNM!

We collected our medals and of course it was time for a Team photo! 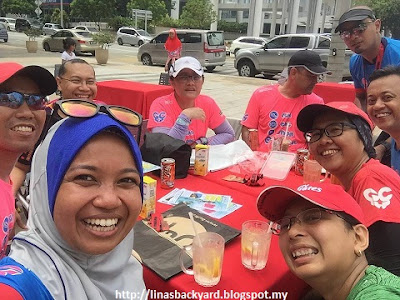 Then it was time to regroup with friends who had finished and those who came to give support. Lepaked and shared battle stories. 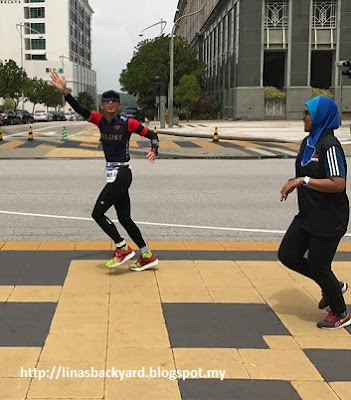 And cheer friends finishing their run. 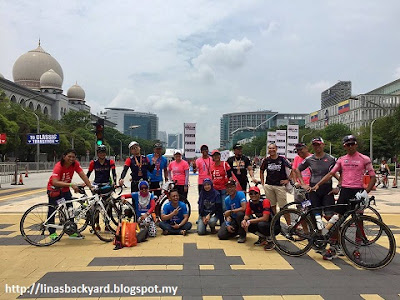 And one last (quite a number last ones) group photos.

As usual, Powerman is a great event. Ample drinks and iced sponges at aid stations. Good traffic control (though some of us had to stop and wait for traffic to be allowed to pass through before we continued). Got finisher snacks. Massage too.

The atmosphere during Powerman is also quite different from just joining a running event and it's a nice change.

But Powerman 2017 felt a bit quieter than previous editions. I kinda miss Ultraman Kannan's chatter. He had emceed previous Powermans and boy, he could talk for hours and had plenty of knowledge to share throughout the event.

Thank you organiser, crew, volunteers, supporters and friends who came and made Powerman 2017 enjoyable. 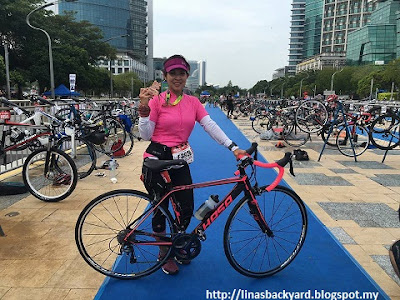 She completed her first Powerman on her birthday! Happy birthday Doc Mimi! Congrats!

Apart from the adults, the kids had fun too. On Saturday, Powerkids was held after the REPC. 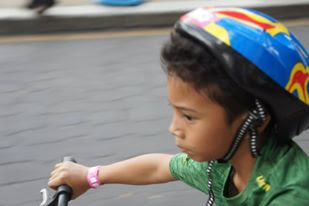 It was super fun and the kids were all super cute and super serious in completing their event!

Some photos of Powerkids 2017 is available at my FB account (link here).