On Saturday, the family headed to Persiaran Semarak Api to join Suka Suka Run 2019. The organiser was generous enough to provide my family with some slots to join. Alas, only one of my siblings and her son were able to join us because the rest already had other plans.

The registration for the run was opened to public about only a month prior the event date itself, but the turnout was very encouraging. 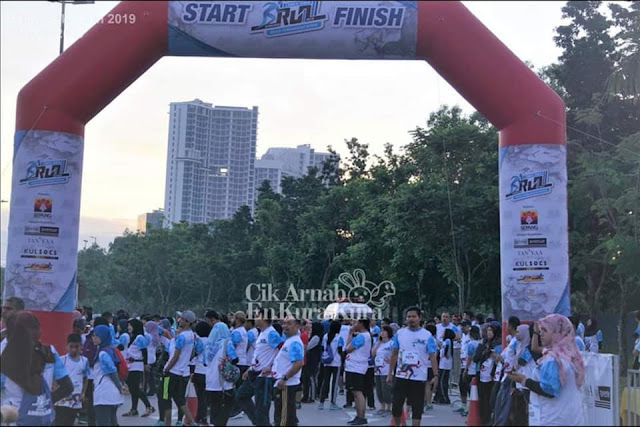 Just look at the crowd before the run's flag-off.

The organiser had arranged two dates for race kit collection, on Friday during working hours and on Saturday before the start of the run.

For us not working nearby Cyberjaya or Putrajaya, it was very convenient to have the option to collect our race kit on the morning of the run itself.

After about 5 songs later (I'm just guessing), runners were well warmed up and raring to start their run.

The 5K route was well coned-off for safety of every participant.

Crossing the finish line, runners were given not only their medals, we were also handed Massimo
bread and a bottle of mineral water.

What I like about this run are:
1. Cheap registration fee of only RM35 per pax or RM120 per group of 4
2. Plenty of luck draw prizes for everyone to win
3. Good route and safety measures
4. Nice t-shirt design

There were also a carnival of sorts held at the race site so while we waited for the lucky draw, we visited all the booths. 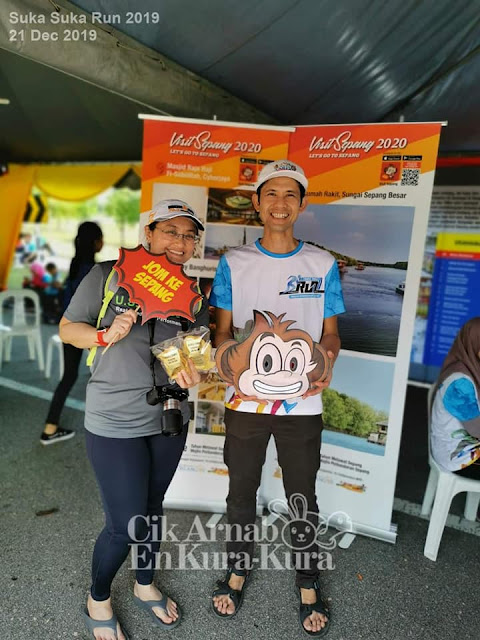 At the Majlis Perbandaran Sepang booth.

There were booths by Lego, Air Selangor, Drone race, Beybalde contest, bicycles and rollerblade for rent and even food stalls! 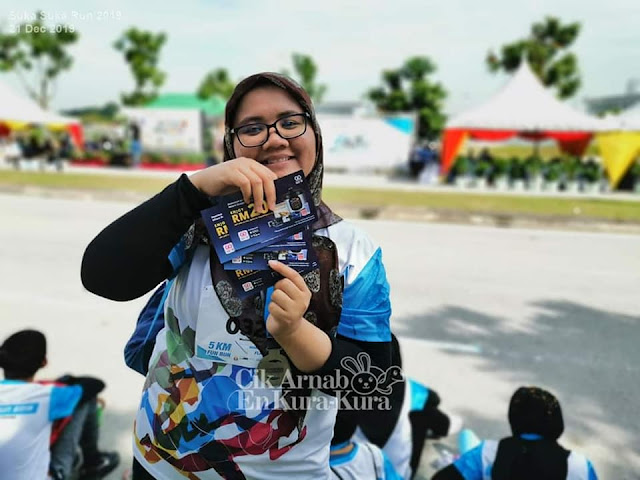 Radio Era was also there to pump up the atmosphere and my sister even managed to win RM100 Go Shop vouchers.

She also managed to bag a mixer for winning one of the lucky draw prizes.

Thumbs up to the organizer for this run.

Some photos and videos taken during the run can be viewed at our Facebook page Cik Arnab & En Kura-Kura.