Saturday, Son had a school activity so rather than just lepaking around waiting for him to finish; we hanged-out at Lake Garden and did a bit of run.

The plan was to do as many loops around the lake until 12.00pm. Started a bit later than planned, at around 8.am (which of course, my normal time to start a run anyway...)

9K into the run it started to drizzle and it was a downpour soon after that. Seeing that there was no thunder and lightning, I continued on and even hubby was doing his loops in the rain. 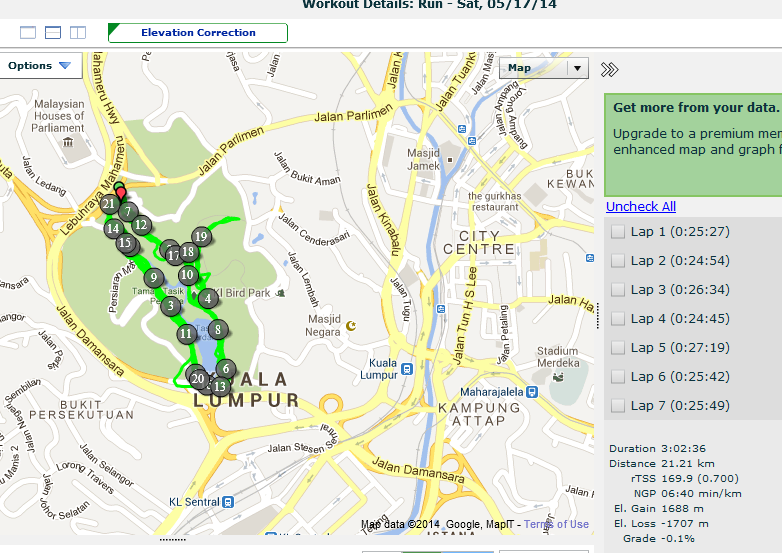 Man, it was super nice to run in the rain, I tell you. I wasn't alone too. Apart from me and hubby, there were a few guys who were running in the heavy rain. ^^

Stopped earlier than planned and managed to do a 3-hour run because Son called to say that he had finished and asked us to fetch him.

I did 21K and hubby who was more relaxed than me, did about 13K.

We headed to Putrajaya after dinner for another run. A group run organised by le Sabuns Ultra Group. It's a monthly organised run held every 3rd week or so by the group, where one can run a minimum of 5K and a max of 50K. ^^

Zaini had planned to run together with some runners while I didn't really plan to do any running that night but the weather was so nice, it's such a pity to pass up the chance to run/walk around that night.

Not many runners turned up that night as many has races on Sunday morning but the turnout was respectable. Even LYN Runners were there.
Group photos, photos with the recent UTMF finishers and participants and off we went. Some of us lingered and some of us went ahead. I started first while Zaini waited for his "kakis".

First 30min. 3K very easy run. I just had dinner less than an hour before the run so didn't want to push it. Got back to the water station and "lepak" ed a bit because Zaini was just starting his run.

Checked whether Son was OK ad not bored before proceeding again with my own run and that's how it was for the next hour. I'd run and looped back to the water station, stopped, drink/eat and check Son before going off again. ^^

Did another 11K and managed a total of 15K run/walk that night. Had wanted to continue but the "Mat Rempits" were out in force at midnight and I didn't want to proceed alone. Hubby finished soon after but he wasn't keen to walk so we just lingered and listened to experience runners sharing tips and ultra running stories.

Running stories that included talking about the registration of Putrajaya 100 Miles. An ultra event coming soon in November 2014, whcih will see runners running in either 100miles, 100K, 78K or 52K? Are you daring enough to try? The cut-off time is 30 hours for all categories. ^^
Further information and registration details on Putrajaya 100 Miles event (22 Nov - 23 Nov 2014) can be obtained from its website (click here)

Got home at around 3am, showered... and slept at 4am only to wake up bright and fresh after 6 hours of sleep. Aisey... so much for sleeping in.

Somehow felt that it was too stifling to stay at home and we decided to head to Bangi. Had lunch there and even managed to walk around Taman Tasik Cempaka. Kinda my recovery walk for yesterday's run. Hihihi 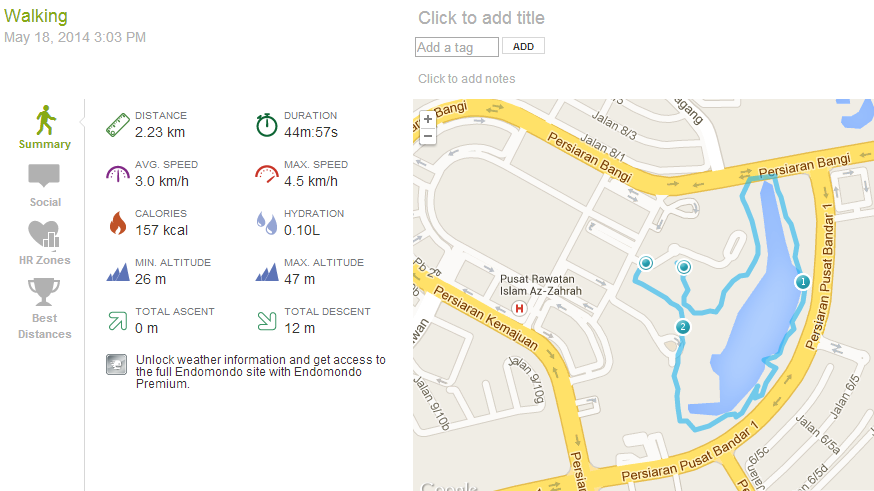 Now all hyped-up to tackle a new week!
Email Post
Labels: Itchy Feet Out and About