I actually registered for the 15K Larian Hari Keputeraan Sultan Azlan Shah in Kuala Kangsar which was held on Sunday, May 11th but decided not to go after all. Instead, I got myself a Larian Bomba bib and did 10K run on Mother's Day. :-)

The 10K at Larian Bomba was my first 10K event that I ran in, in a looooong while. How long? My last 10K was at the Salomon X-Trail Run way back in September 2012!

Just like the 7K Energy Efficiency Run that I did in December last year, I was very nervous doing this. I don't really like shorter distance run. Not that I run much longer distances but I much prefer running a 21K than a 5K! Sound so pompous, right? Kikiki

So nervous, I had to search for the toilet a couple of times before the start. Nervous = pee. Didn't even bother look for a toilet when I did the 21K SKyhawk Nature Run in January! MUAHAHA 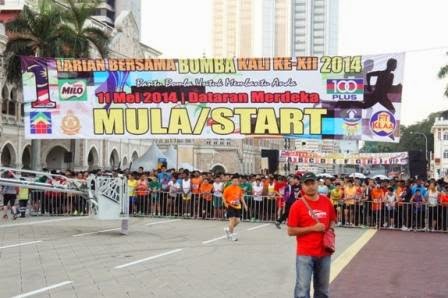 Was quite surprised at the turnout as there were several running events being held on the same day, not only in Klang Valley but in other states too. Some KL runners traveled outstation to run on Sunday. 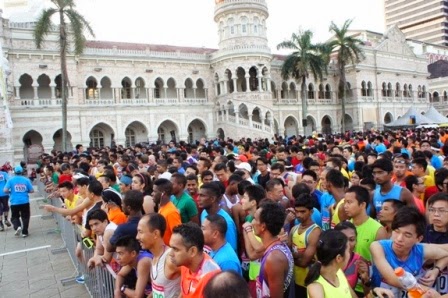 The 10K runners waiting eagerly for the flag-off. 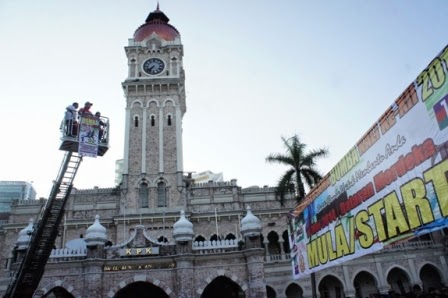 The unique flag-off. A signature for Bomba Run. On the firetruck crane. ;)

Larian Bomba is one of the cheapest run I know of in Klang Valley. Granted, it's a no frills kinda run. No distance marker. No timing chip. Limited medal (150 medals for Men Open, 120 medals for Women Open and Men Jr. Veteran, 80 medals for Women Veteran and Men Sr Veteran). Cotton tee. Only two water stations for 10K route. One at around KM4 and another near KM8.

The usual route if one is running in KL is nice, even on a really hot and sunny day like what we had on Mother's Day. Traffic marshaling was good. Plus the finishing area and medal & certificate counters were very organised.

I hadn't been running much lately especially none that includes speedwork so I had no expectation of a fast finish. Started really slow somewhere in the middle and because of the crowd, could only manage a slow trot which actually was a good thing.

The crowd started to dissipate after KM2, going uphill.

A fellow runner, Kah Yen caught up and said hi before speeding off. Nice to chat with him as I haven't seen him in AGES!

Ran, walked, ran... until I finally saw the finish line. *phew* Still managed to bag one of the 120 medals offered for my category. *double phew* Immediately stash the medal into my pocket and went around disturbing runners. Haha 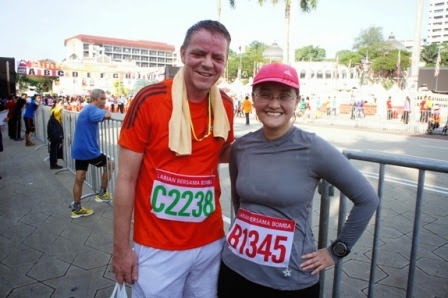 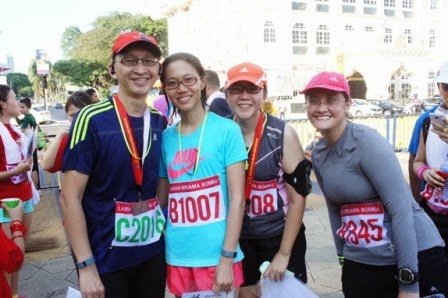 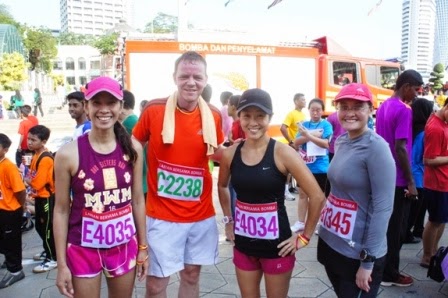 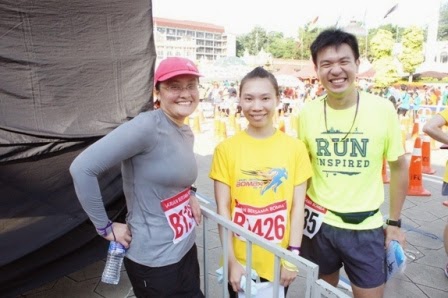 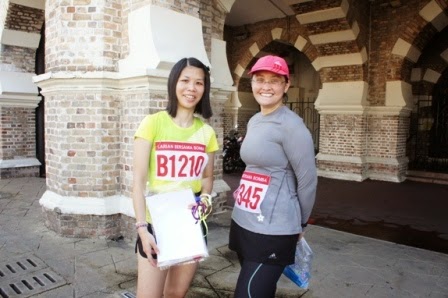 I've seen this lady a few times in some of the races I joined and she'd always stayed just in front of me. I decided to say hi and introduce myself to her after the run. We always make new friends when we're out running. ^^ 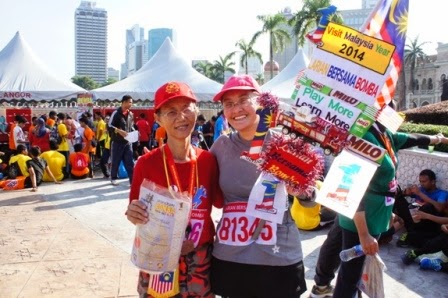 This lady can be seen in a lot of races in Klang Valley too and I just had to coax her for a photo together. ^^ 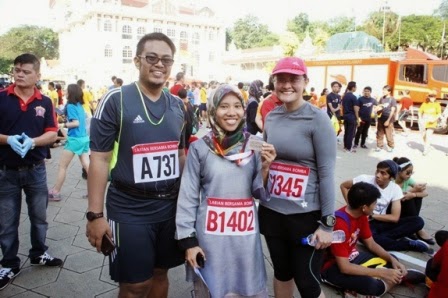 The lady wore a nice grey baju kurung while she did the 10K and was pacing the guy. They were always slightly in front of me during the run and I like how she kept on motivating him to move forward. She was a hit with the "abam" polis trafik and firemen too. As I was behind her, I saw them taking her photos after she passed by! 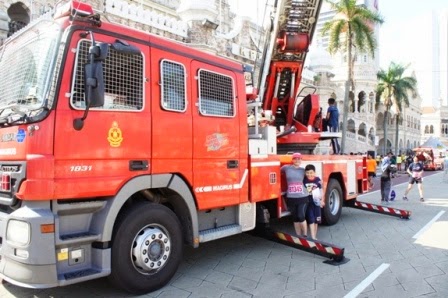 Lepak-lepak a bit, take more photos here and there... looked at the Bomba exhibition and whatnot... 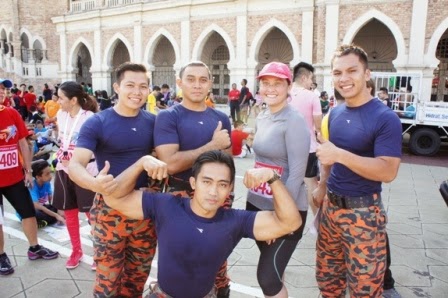 and later got this taken. 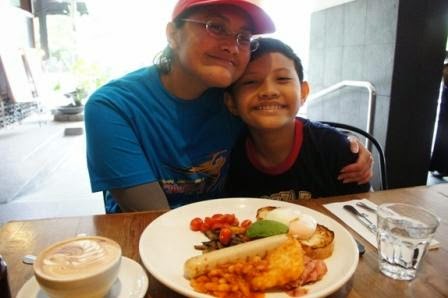 then we went off to have brunch.

Son insisted on treating Mommy to a brunch. Insisting to pay for them even! ^^

Daddy is now in the kitchen, preparing the beef stew that Mommy loves so much.

And oh yeah... 6 hours after finishing my run; I finally had a look at my medal. Quite nice la. 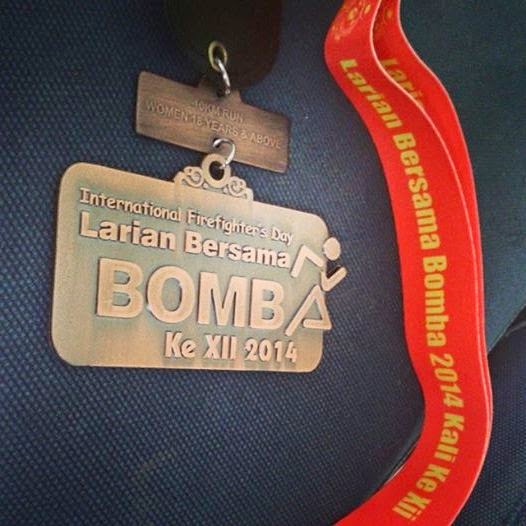