An Invigorating Run With A Cuppa Of BOH Tea After.

Let's see.. it's been like 4 years since our last trip to Cameron Highlands. Funny because my siblings make trips to the highlands like every other month, since there's a direct road from our hometown in Raub to Cameron Highlands.
Anyways, this time around we did something special in Cameron Highlands - we (hubby and me) got to run around with 498 other runners around BOH Sg Palas plantation, in the inaugural BOH Highlands Run. A 5K trail around the tea plantation that is usually off limits to visitors. How cool is that? A cool Sunday morning last weekend and it started to drizzle soon after I took this "BOHfie". The drizzle didn't dampen the spirits of us runners and most of us were excited to go out running. Rain or no rain.
Mr Wan Yew Long, the race director for this run even encouraged parents to let the kids have fun in the rain. Just like what we used to do when we were kids, he said. True, that! Don't be scared to main hujan lah! Hahaha 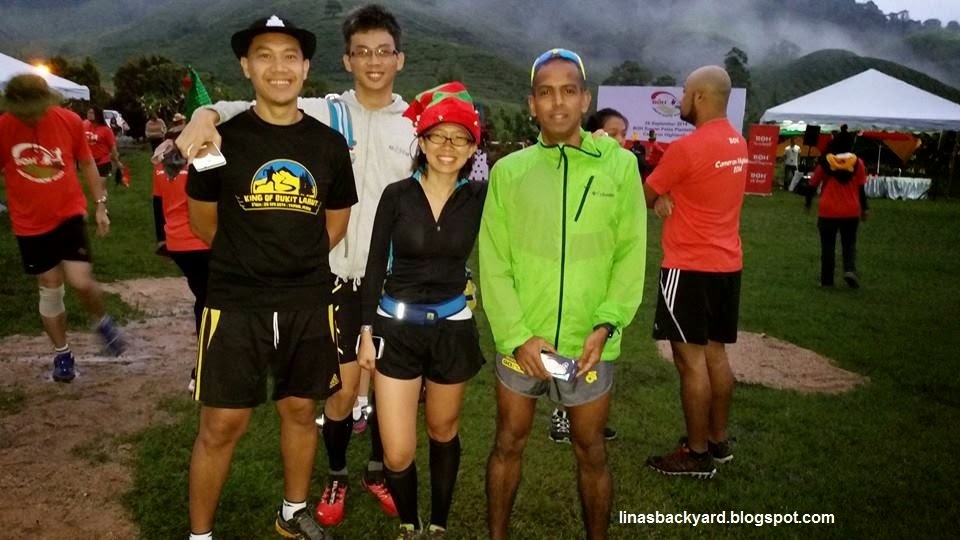 Met familiar faces in the running scene, even here in Cameron Highlands! 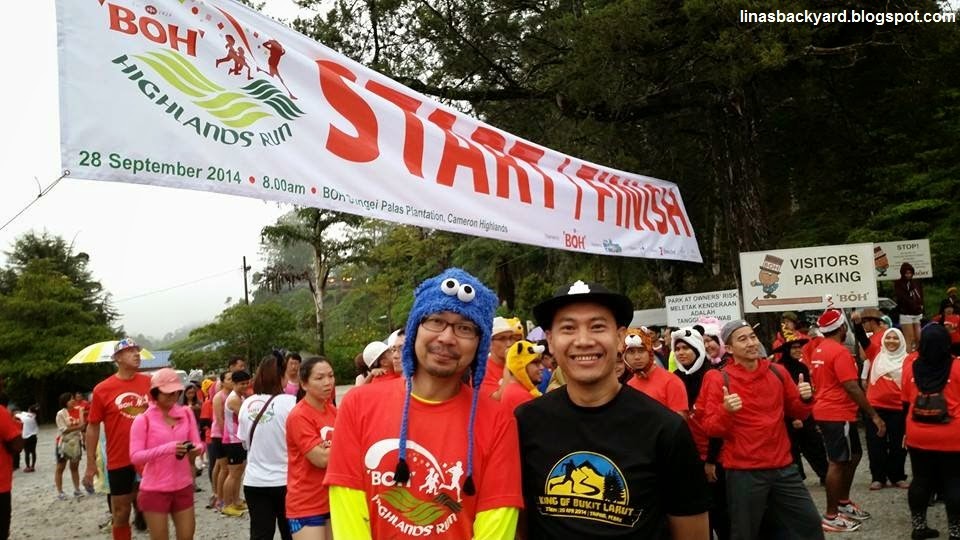 At the start/finish line. See? Drizzle not affecting the runners one bit. 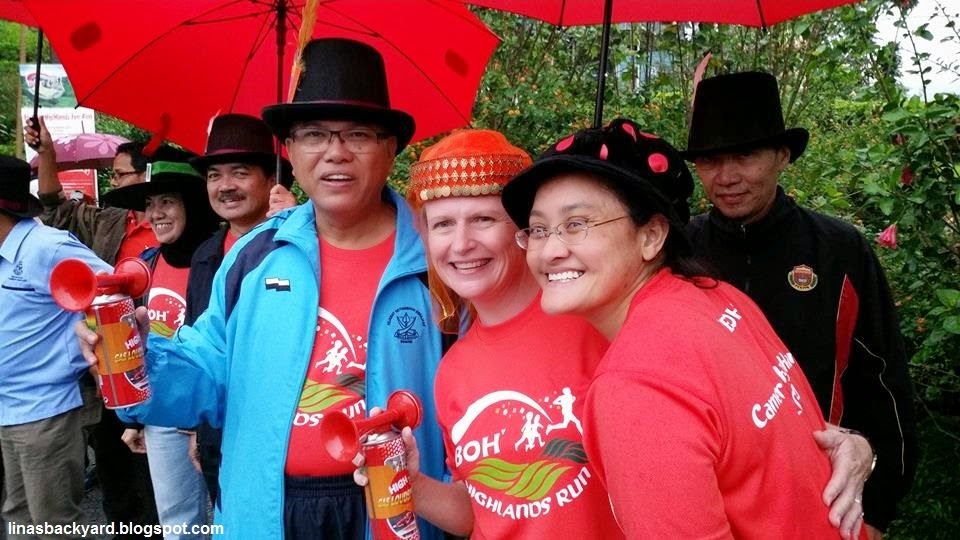 I even managed to get a photo together with the VIPs! The lovely Ms Caroline Russell, CEO of BOH Plantations in a nice harem headwear. She was sporting enough to not only be at the run venue before the start of the run, she stayed on until the end. Even the other Russell family members were seen gracing this lovely charity fun run. 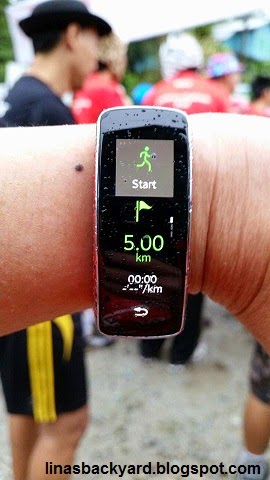 Since this is a fun run, I ditched my Timex GPS watch and opted to wear the GearFit instead. Choose the exercise mode, then running, set my goal distance and PRESS START. Easy peasy. ^^

As it rained not only that morning but the day before too, the trail was wet and muddy but I tell you, it was so awesome to be out running! It took a bit of adjusting at first, running in this cold weather but after a few minutes running, all was well.
We decided to take it easy. Run, walk (when there was slow traffic), selfie (or in this run it's called BOHfie. hahaha) and joked around with the chirpy volunteers who stood in the rain so that we can have a great run that Sunday. 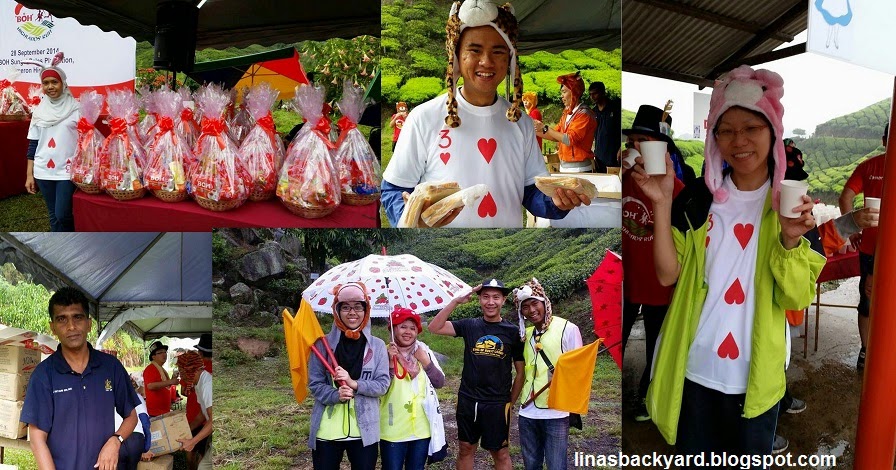 The volunteers! Thank you for a great time! You were all wonderful! 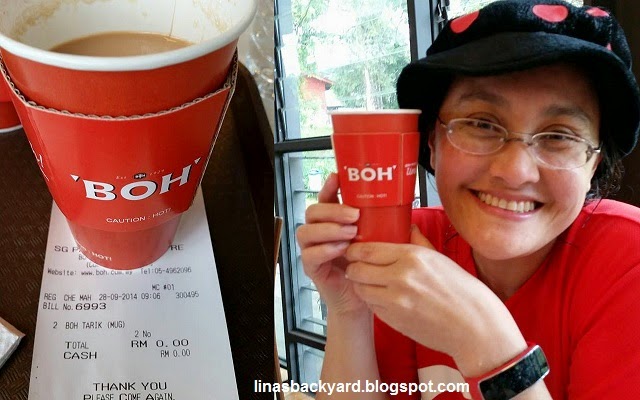 After the run, and after collecting our snack pack; we were encouraged to walk up to the BOH Centre and enjoy some hot tea.
BOH Tea was very generous in providing free flow of Teh O and Teh Tarik for all runners. Just queue up and order.
You might notice that I was wearing a different hat to run this time, right? Also other runners were sporting wackier ones. There's a reason for that. The theme for the BOH Highlands Run was "Mad Hatter Tea Party". Very apt for a tea plantation yeah?

And true enough, Mad Hatter and Alice graced our run that Sunday. They even enjoyed their tea at the nicely set-up table after the rain had subsided.

Sufficed to say, the duo was very popular that morning. Even I couldn't resist asking for photos with them! LOL


There was a little girl too, dressed as Alice who was equally popular with the runners. I didn't manage to get a photo with her but she obliged taking photos with a WHOLE lot of runners. (I think she's a Russell). 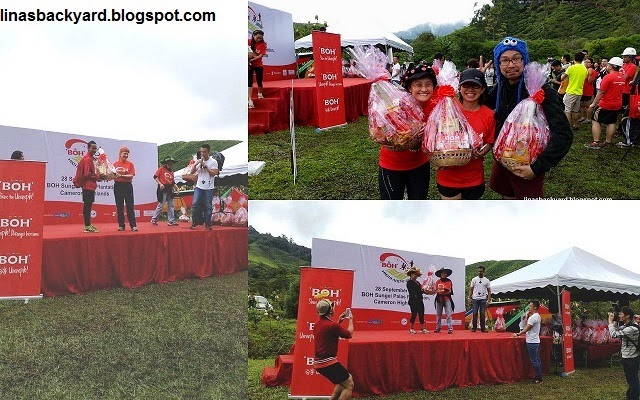 We lingered around after the run to see the prize presentation.


There were prizes for fastest runners, runners with wackiest hats, BOHfie winners (those who take selfies and posted it in BOH Tea FB page) and even a prize for the most appreciative runner - which was given to the last runner to finish as he/she enjoyed the scenery while doing the run.
Cool, right? 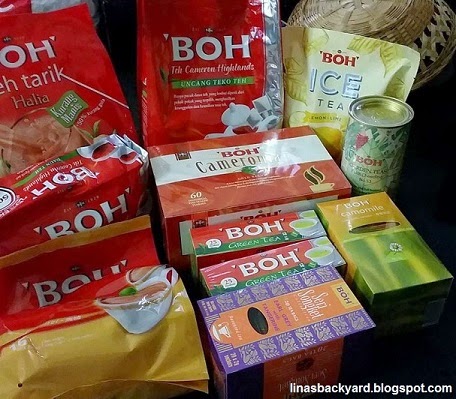 Lucky me and actually I was quite surprised to win a BOH hamper that morning. Very syiok lah! Who wants to have a cuppa with me? 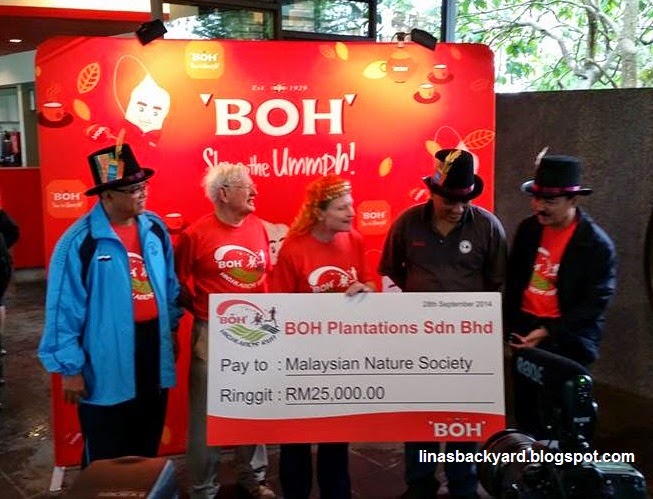 The BOH Highlands Run which is a charity run aims at creating awareness on the importance of environmental conservation, especially in Cameron Highlands. The proceeds from the registration fees which amounted to RM25,000.00 were channelled to the Malaysian Nature Society (MNS) for an environmental education project to be implemented in all 27 schools in Cameron Highlands.
Great. I get to have fun and be a part of a good project. I like that. ^^
I hope that BOH Highlands Run will be held again next year. This is a really nice run for us to join in.
Toyota even sent a team to run in the BOH Highlands Run to prepare for an ekiden in Nagoya in November!
I'd love to run there again and if there's a longer distance offered, much better which; BOH may want or may not want to consider.
I tell you... those who wants to know how it feels running in a cold country can try running in this run next year! Cheaper. Can support local tourism some more. LOL
I'll upload more photos in my FB page later. Stay tuned, if you're my FB friend. :)
Email Post
Labels: Celebration and Holidays Close to my heart Out and About Race Recap Travel - Malaysia Travel - Pahang