We promised Son we'll let him buy a new laptop to replace his three year old one after UPSR.
UPSR is not o﻿ver yet, what with those paper leaks and having to re-sit not only Science and English papers but now Maths too (I think might as well let the students re-sit the whole darn thing), but we bought him one last week.
After all, he had done all the studying needed. And he's not too stressed out over the fact that he'll be sitting for UPSR AGAIN. 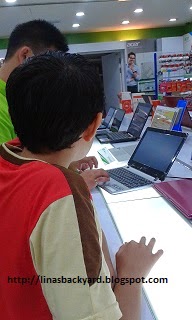 School is still on as does the UPSR papers that will be sat again so no total freedom in using them yet. Only after his homework is done and before bedtime.
It'll be heaven for him during the school holiday though! ;-) 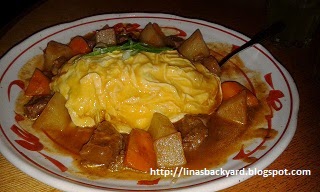 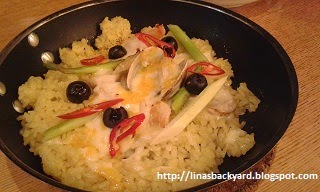 Then, we decided to have dinner at Pasta Zanmai. Actually wanted to go Tony Roma's and redeem my free birthday voucher but long queue lah... I guess I need to make reservation if wanna go there for dinner.

The omuraisu was OK but I was slightly disappointed with the paella. It's such a small portion for the price of RM20.00!  Just a bit of shrimp, one piece of lala, maybe bits of hotate with cheese and olive and that's it. 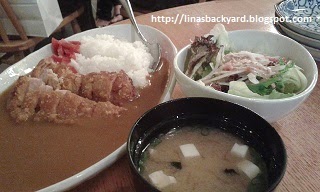 Son in the meantime chose the usual set meal and this time, he ordered chicken katsu curry. Never fail. 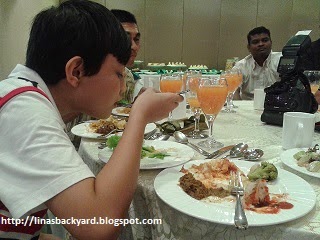 Son had another treat of sorts last week, with Mommy when he accompanied Mommy to Standard Chartered KL Marathon's Countdown To Race Day brunch (click here for more info). He got to meet influential runners, bloggers and Mommy's friends too. With a whole lot of makan from the buffet at Pacific Regency to boot! ^^
Email Post
Labels: Celebration and Holidays Close to my heart Makan Time Out and About