Merapoh Trail, For The Weekend

Hubby and I were lucky enough to be invited by the people who are behind The Magnificent Merapoh Trail (TMMT) run to join a trip to Merapoh in Kuala Lipis, Pahang last weekend.

We made our trip after work on Friday night, arrived around midnight and activities started the next morning. Despite the lack of sleep (I slept for 2 hours), we were all raring to go and hit the trail. 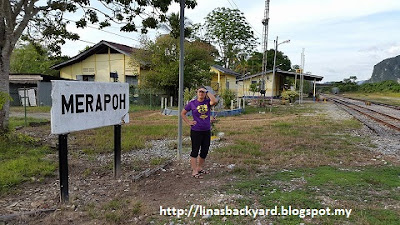 At Merapoh Railway Station. Visitors can opt to drive or use public transport such as bus or train (once a day train) to get to Merapoh. 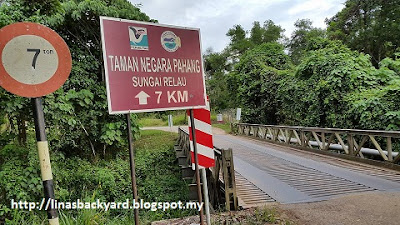 It is also the entry point for Taman Negara Sungai Relau, and a gateway for those who wishes to hike to Gunung Tahan.

For us, our first day activity was hitting the trail as TMMT organiser wanted to recce the 100K route. The 100K category is a new addition to TMMT this year, as in 2015 only 2 distances were offered : 30K and 60K. 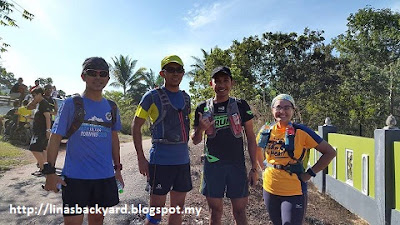 Before the start of our day, and with respected, experienced and established ultra-runners : Deo, Razif and Razis. 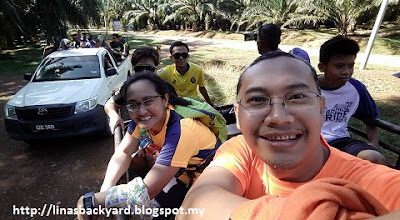 We got on Hilux to get to the trail section.

The aim for the trip was to recce 40K of the race route which is part of the 100K route. 100K runners will run this new section of the route and also follow the 60K route for their race. The 40K route recce was done in two stages. 19K during this trip and the balance was done the next day. 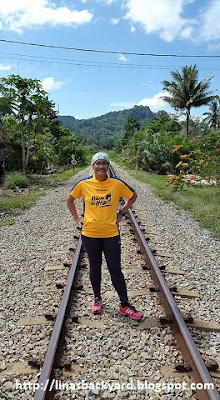 A few of us later followed the route on foot while the rest went ahead onboard the Hilux to enjoy a swim at a nearby river. 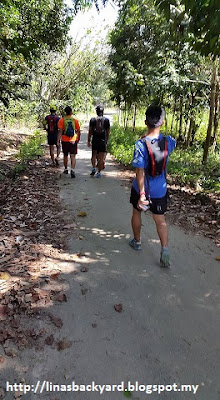 Afer coming out from a palm estate with a "nice" climb, we went past a railway track, then past villages with friendly people greeting us, whether while seating on their verandah or busy rubber tapping. 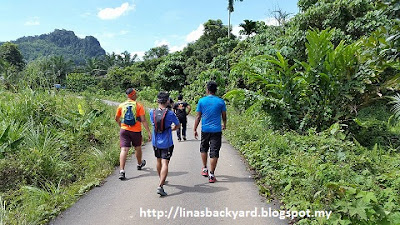 There were parts where we ran on grass, clay, gravel, road, through streams, into caves... 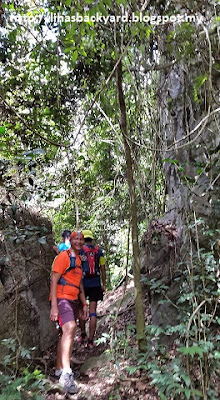 Interesting route but 100K runners will run past this route at night though...

For us, we were able to enjoy the scenery and take note of our surrounding as we did it during the day. Hihihi

The people involved in the race documented and discussed the route as they ran past it, taking note on safety issues and on stuff such as location of water stations, blinkers to assist runners at night, etc. 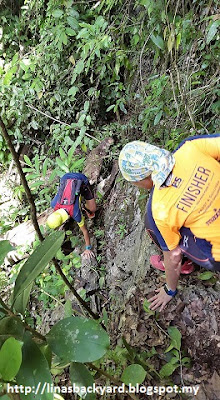 Some of the trail can be quite dangerous, such as this climb down from a rock and then crossing a stream. Safety issued at sections like this were later discussed to ensure runners' safety. 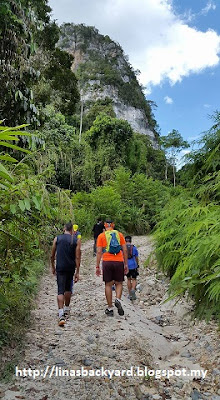 Some part allowed us to fully enjoy the magnificent backdrop of Merapoh, that is dotted with limestone hills.

It is said that there are about 500 caves here but only a fraction of the caves have been explored. TMMT was founded with the aim to save these limestone hill and caves from destruction from a planned big-scale cement project in Merapoh.

The limestone hills around Merapoh are outside the jurisdiction Taman Negara hence these hills are not protected from any future development. TMMT, working closely with Merapoh's locals are working hard to promote sport and outdoor events to boost the area eco-tourism.

With such a good aim, why not support the event if one is a runner?

TMMT will be held from July 29 - 30, 2016 which also will coincide with the fruit season in Merapoh.

Registration for TMMT is still open but slots are limited. For registration and info, click here.

We finally came out from the trail at around 2.00pm and it was of course, time for lunch. The group that hit the trail and the group that enjoyed playing by the river were both famished of course and we were treated with some really delicious home-cooked fare. Eaten outdoors, by the river of course. ^^ 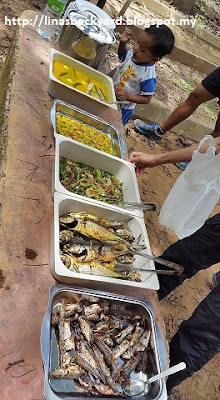 Such a generous spread.

No non-biodegradable pre-packed food for us. We ate buffet style and it was such a treat.

We arrived back to our homestay just before Asar and some of us decided to rest. The organiser were still busy and for us, Hubby and I decided to drive to Gua Musang instead of resting.

We later had a feast for dinner and I'll blog about it later.
Email Post
Labels: Close to my heart Events Itchy Feet Out and About Travel - Malaysia Travel - Pahang