Volunteering For A Valentine's Day Run

We thought we might do something different this year for the Valentine's Day weekend other than running unfathomable distance like what we did last year (I did 80K and Hubby did 70K, in case you're wondering).

So instead of running, we became volunteers for the Bubbly Fairytale Run in Bukit Jalil last Saturday. 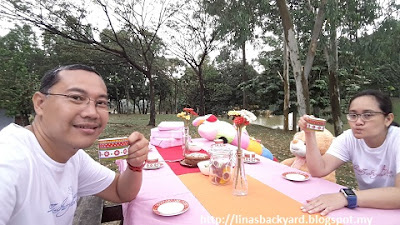 After helping out with the setting of tables and whatnot, we stationed ourselves at this picnic table. Runners were encouraged to stop and take photos at a few stations and enjoy the moment.

I must say, I like the runners' attitude. Most were sporting and they all waited patiently for their turn to take photos.

Quite a number were seen running and holding hands which was so sweetttttttt. Awwwwww... 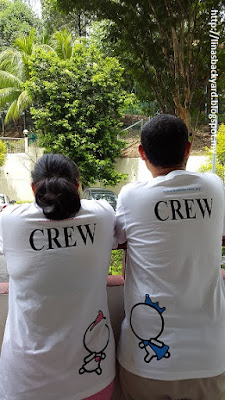 It was a nice experience. The small volunteer team that came were all experienced runners so we were all able to function without too much of direction. Sendiri pandai cari kerja sendiri. HAHAHA
I'm hoping to volunteer to more events in the future but see how la...

And there's a women-only event that I am quite partial in getting involved now, called the Ungu 55.
Email Post
Labels: Close to my heart Events Itchy Feet Out and About