I had fun today. A really, really fun day running in a fun run with my family and friends at Shamrock Run which was held in Taman Botani, Putrajaya.

The route took us around Taman Botani which has lots of small hills, shady areas and nice plants to look at. 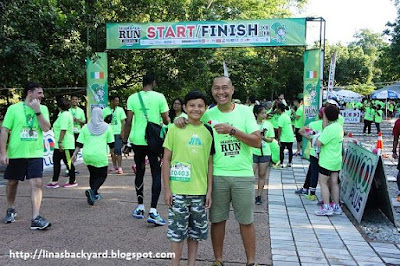 But for me, the highlight of the run was post-race.

The Shamrock Run 2016 didn't have prizes for the best or fastest runner but they had 40 best dressed prizes and lucky draw prizes too!

The event tee had a leprechaun featured on it and the medal is also of a leprechaun for the Irish connection. Plenty of runners were seen sportingly dressed in costumes with Irish motives. 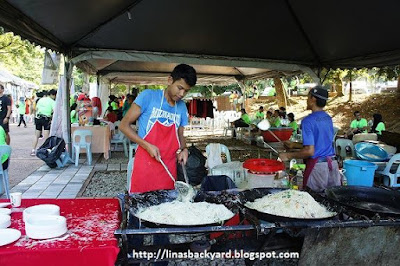 Then there were the post-race refreshment.

From the usual fare of Milo, 100-Plus and water to cans of Malta drinks and apples to freshly cooked bihun! 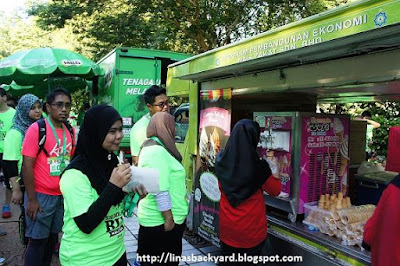 And an abundance of free flow soft serve ice cream! 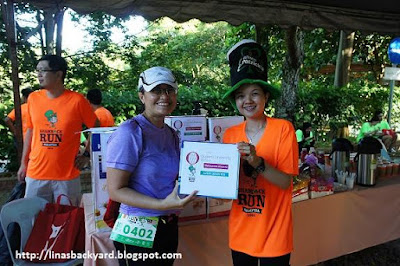 I also was lucky to win a rice cooker from the lucky draw! Yeay!

It was a really fun non-competitive run and what a great way to spend the Saturday morning.
Email Post
Labels: Close to my heart Itchy Feet Out and About Race Recap