MALANG, INDONESIA, 29 SEPTEMBER 2016 – The drastic transition from the picturesque, breezy and cooling land down under to a stadium that has hosted thousands and thousands of cheering football fans, will crown another champion this coming 8 and 9 October 2016. The FIM Asia Supermoto Championship 2016 will transform the vicinity of the football arena into a battlefield for 23 international supermoto riders from 14 countries striving for championship points and a victory in Indonesia. 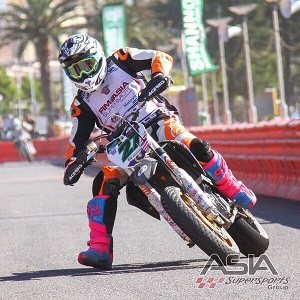 All these anticipation building up to the race can never be possible without the organiser and sponsors pouring their hearts and contribution to the race. The approximately 1.2 kilometers track in Malang will be a competition that will lurch through the riders’ emotions with its whopping one kilometer tarmac and an approximately 250 metres off-road track. The menacing track is set to put riders to the test on their balancing skills, facing seven tight hairpin turns, followed by jumps on the off-road track. Losing sight on concentration can lead to an ultimate defeat. 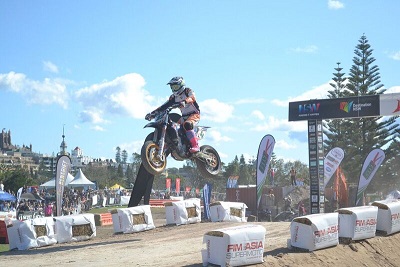 Supermoto is an ever changing and evolving game, especially when the weather and track condition is uncertain, giving riders with the best overall skills the advantage to secure the top spot. During an interview with Asian Class leader Team KTM’s Muhd Habibullah with 50 points on the leader board, his faith to secure the podium in Malang was hammered by the shorter off-roads. “I have more confidence when it comes to off-road and Malang will be a huge challenge. I will continue my stringent training regime and ensure that I am well-prepared for the race.”

Satheswaran Mayachandran, Chief Executive Officer of Asia Supersports Group, added that “the flexibility of this race to adapt in any situation and location is the core that makes the race interesting and unpredictable. Riders and engineers for each team are tested on their adaptive and endurance skills in every difficult situation. We believe that every team will go on full throttle to compete in Malang this coming October, just like the incredible race we witnessed in Newcastle.”

Round 2 of the championship in Malang is not merely a race, but a festival held to celebrate the country’s first ever international supermoto race. This historical moment will be made merry with other activities including a press conference, a grand gala dinner, photo and autograph sessions, social visit programmes, community supermoto coaching clinic, motorcycle stunts by Indonesia’s Wawan Tembong, motorcycle and accessories displays and sales as well as fun-filling games, while enjoying the heated race as close as ten metres from the track.

In addition, another momentous occasion will also take place when the delegates of Newcastle pays a visit to East Java, along with a special visit from a Malaysian delegate, creating a trilateral meeting between Australia, Indonesia and Malaysia, to forge a stronger tourism relationship by leveraging on international motorsport races.

“FIM Asia Supermoto Championship is not only an avenue for motorsport enthusiasts to enjoy the sport, but also a platform to produce beneficial relationship between countries. This positive result was witnessed when the delegations of Malang, led by his Honorable Muhammad Sanusi, Vice Regent of Malang City, visited Newcastle during the first round of the series,” added Sathes. 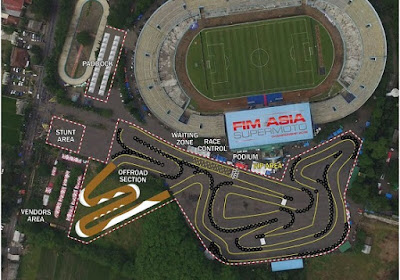 The FIM Asia Supermoto Championship 2016 Round 2 will be held within the vicinity of Stadium Kanjuruhan on Saturday and Sunday, 8 and 9 October 2016.

For more race updates, information and announcements, visit www.supermotoasia.com or e-mail us at enquiry@eplusglobal.com.