In conjunction with the global PUMA launch of the ‘DO YOU’ Campaign, PUMA South East Asia announces the regional line up of representatives of the brand. This campaign aims to inspire confidence and identity in women, and to bolster the essence of the global campaign to young women on a more personal level.

The PUMA Ambassador is one who is dauntless in the face of adversities and unapologetic for being who they are. These are attributes and characteristics exemplified by influential women who stay true to themselves, make their own rules, and never take ‘no’ for an answer, like Rihanna and Cara Delevingne, whom are all PUMA Female Ambassadors.

Let's get to know the awesome ladies who are PUMA South East Asia Ambassadors! 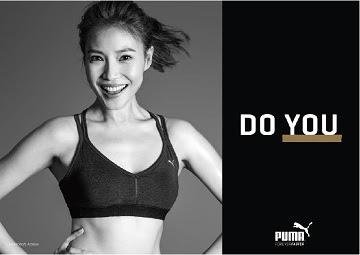 “DO YOU- to me is to be bold about yourself, to do what is best for yourself and not be affected by all the external negativity around you.” – Dawn Yeoh

Dawn Yeoh is a Singaporean model and actress who has worked with various beauty brands and acted in numerous Mandarin dramas since 2006. Being an avid fitness enthusiast, despite her busy schedule, Dawn ensures that she fits in two personal training sessions a week, an hour long each varying between yoga, spin classes and body combat. She steers her training regime towards obtaining a stronger body, which boosts her confidence as she steadily improves. Dawn gains her motivation from Taylor Swift, who she admires for her success and fearlessness. She is inspired by Taylor Swift’s positivity that promotes encouragement and empowerment to young women around the world. Through that, Dawn is motivated to share the philosophy of continuous improvement – something that she preaches and practices.

Through this campaign, Dawn aims to share with the young women in the region that one should focus on strengthening the mind and soul from the inside to look great and confident. 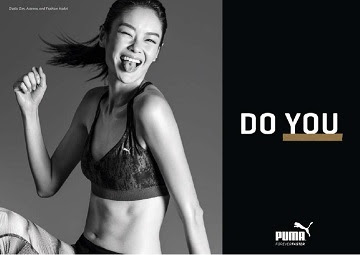 “DO YOU – to me is to be comfortable in my own skin, to not be limited and bounded by what you should or should not do and to just do what you do best – being you.” – Sheila Sim
Name: Sheila Sim
Country: Singapore
Professional Career: Model & Actress
Talent scouted at a young age of 16 years old, Sheila Sim has grown from strength to strength and now holds the title of Singapore’s top model. Sheila was based in Hong Kong for a few years and her modelling career has brought her across the world, working in Tokyo, Milan, Hong Kong, and Paris and has graced many magazine covers and international catwalks.
Her versatility is a stranger to no one with multiple professions from modelling, acting, and a multibusiness owner. Sheila has transcended from being “just a model” to fashion designer and owner of her own label, agency owner, model mentor and more recently an actress.
Despite wearing many hats, Sheila ensures that she finds time to work out not just for the physical benefits, but also to strengthen the mind to be disciplined and consistent in her training regime. Sheila does yoga regularly but has an avid interest in rock-climbing, hiking, swimming, cycling, and rollerblading.
Sheila draws her motivation from Iris Apfel, a trendsetter who is not afraid to be herself, even at the age of 95, and she is determined to drive the strong message of being comfortable in your own skin. 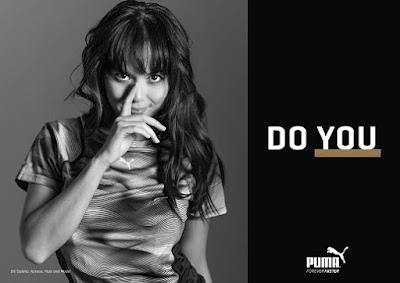 Siti Saleha is a model, actress, host and speaker who has a long list of award achievements under her belt. She has an even longer list of works ranging from movies to television dramas, commercials to theater, spokesperson to ambassador, charity and volunteer events to being an emcee or host, and has even graced magazine covers.

In her free time, Siti enjoys travelling, reading and cooking while making time for the gym and loves to engage in badminton on the weekends with her family. Albeit her busy and unpredictable schedule, Siti sees the need to make the best out of her work out during her limited free time, and finds overall well-being the root to confidence.

Being a new PUMA Female Ambassador, Siti hopes to reach out to more people to be confident and to not be afraid of self-expression. She also aims to share the importance of leading a healthy lifestyle to feel good and comfortable with yourself while embracing one’s own femininity. She strives to adopt qualities from successful influential women around the world who emit positive vibes around them to encourage young women to be themselves - the fundamental characteristics of a PUMA Female Ambassador. 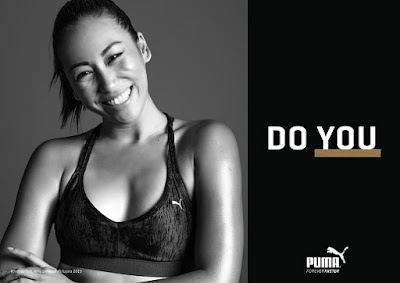 “Identify your values, believe in your goals, hold on to them with your head high and never let anything or anyone deter you from scoring what you believe you can achieve. Know yourself and know that there shouldn't be anyone else's skin that you are able to stand most comfortable in BUT yourself.” – Vanessa Tevi
Name: Vanessa Tevi
Country: Malaysia
Professional Career: Miss Universe Malaysia 2015, Host & Emcee
Vanessa Tevi is a Malaysian model of Indian and Chinese parentage. Upon returning to Malaysia from her time in UK and US, Vanessa was crowned Miss Universe Malaysia 2015. Last December, Vanessa represented Malaysia at the international pageant, Miss Universe in Las Vegas. And currently, Vanessa actively freelances as a host and emcee whilst being a part of the Miss Universe Malaysia Organization.
Vanessa enjoys travelling, exploring the outdoors and activities that keeps the adrenaline pumping – Vanessa has bungee jumped, skydived, white water rafted, and has conquered various mountains around the region. Vanessa will be heading to Mulu Caves and to hike the Pinnacles next year. She draws an immense sense of satisfaction from reaching the peak and develops an unbreakable  self confidence through testing her personal limits.
One role model that Vanessa looks up to is Ellen Degeneres, who is the epitome of exuding huge amounts of positive energy, and is someone who is kind, generous, non-judgmental, successful and loving – qualities of which Vanessa strives to embody. 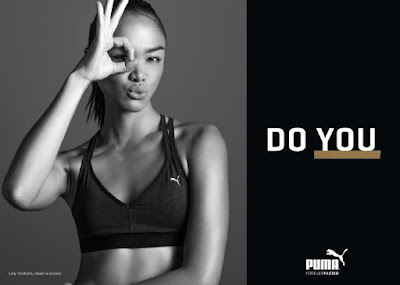 “DO YOU means just being you. You have to be comfortable and confident about yourself, to never let anyone put you down just because you’re different. You’re unique and that makes you stand out from the rest because you love yourself and you are simply You.” – Kelly Tandiono
Name: Kelly Tandiono
Country: Indonesia
Professional Career: Asia’s Next Top Model (Cycle 4) Judge & Mentor, Model & Actress
Kelly Tandiono is an actress and model of Indonesian nationality. Kelly has expanded into the international model scene since joining the NEXT Model Management in Los Angeles. She is best known for her role as model mentor and co-judge on the fourth season of Asia's Next Top Model.
Kelly is a triathlete who swims, bikes, and runs two to three times a week, starting as early as 5:30 to 7:30am with her team mates. She also takes pride in having a Car Free Sunday and then Bikram yoga after to stretch out her muscles. She does martial arts for leisure and is naturally competitive and would aim for that podium finish as her end goal.
She draws her inspiration from her grandfather who is her role model in life. He has always taught the younger generations to always build something in their life, to achieve something great and to never give up. Thus, Kelly believes that everything comes with due process and your greatest achievements will only just be within reach of your fingertips. Kelly is driven to spread the importance of being healthy and fit, while still being fashionable. 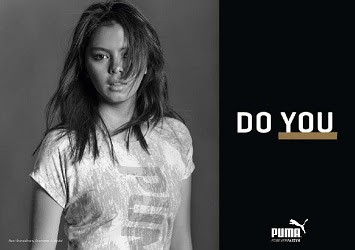 “DO YOU – to me is to show your character, style, and personality. You do not need to follow the trend just to look cool. Be positive and not be affected by all the external negativity around you.” – Rani Ramadhany

Rani Ramadhany is a television host, drummer, and model. The elevation in her career took off after being one of the contestants for Asia’s Next Top Model cycle 3. Apart from the girly modelling stuff  that she does, she is also one of Indonesia’s YouTube stars because of her drumming talent, which got her recognition from Lady Gaga.

Rani engages in Mixed Martial Arts, bowling, badminton, and basketball regularly and visits the gym to continuously stay fit despite her hectic schedule. Rani believes that the key to having a fit body is maintenance, and is driven by results. With constant daily improvement, she feels that keeping fit has become a way of life, and could even be considered an addiction.

She looks up to Cara Delevingne who has a strong character and stays true to herself. Rani is motivated by Cara Delevingne to think outside the box, be outstanding, and to not fear being differentiated from the norm. Through this campaign, Rani is charged up to share the message of being comfortable with yourself, to have a healthy body and mind, and looking good will naturally happen.
Email Post
Labels: Events Promo Review