I did something out of the ordinary last Sunday. 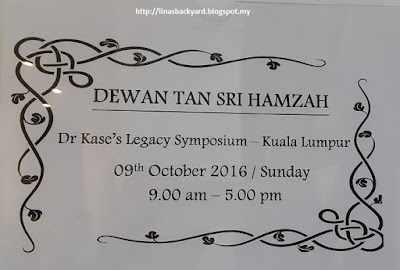 I attended a symposium.

A special symposium – Dr Kase Legacy Series Symposium, which was held at Royal Selangor Club and was co-hosted by Pilatique Pilates & Physiotheraphy Studio.

The first time it is held in South East Asia, the symposium was conducted by the founder of Kinesio Tex Tape & Kinesio Taping methods, Dr Kenzo Kase.

The symposium was attended by a number of students from local uni and medical professionals but I feel that even laymen like me and fellow runner/blogger Missyblurkit gained a lot from attending the symposium.

For one, I now realised that Kinesio taping and taping in general is used much more outside the world of sports. It was interesting for me to know that 85% of taping usage is used for non-athletes as I only know learn about the use of taping when I started running and seeing fellow runners using them whenever they have injuries or for stability. 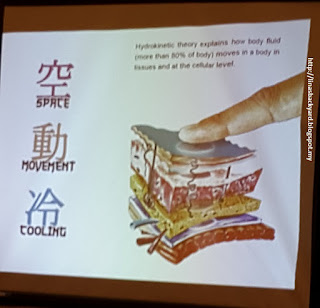 That day I learned about Dr Kase’s Space Movement Cooling Concept and a view of the Kinesio Taping Method and its effect on all body systems.

I also learned about EDF Taping method through demonstrations and case study shown by the doctor himself. 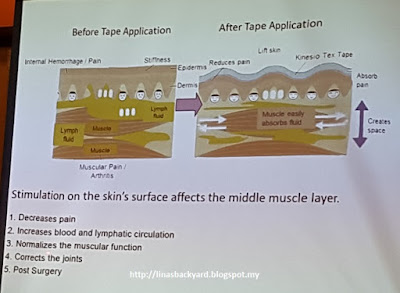 For those who have never heard about Kinesio Taping, it is a method that involves taping over and around muscles in order to assist and give support or to prevent over-contraction. The first technique gives practitioner the opportunity to give support while maintaining full range of motion while the second technique; which is most commonly used in acute stage of rehabilitation, helps prevent overuse or over-contraction and helps facilitate the lymph flow for an entire 24 hour period. Correctional techniques include mechanical, lymphatic, ligament/tendon, fasica, space and functional.

Kinesio Tex Tape can be used in conjunction with other therapies, including cryotherapy, hydrotherapy, massage therapy and electrical stimulation. (On a personal note – I’ve done massage and electrical stimulation for my injuries and for taping – it’s mostly done amateurishly by me, following youtube video instructions, so learning from Dr Kase was an awesome experience and an eye-opener for me).

So what’s the difference between Kinesio Taping and Kinesio Tex Tape and other Kinesology tape available in the market?

Kinesio Taping is the METHOD.
Kinesio Tex Tape is the PRODUCT.

It's not a boast when Kinesiology taping is hailed as the modern answer to sporting ailments. But I also learn that Kinesio Taping is beneficial to not only the sporting communities but  also for medical use. 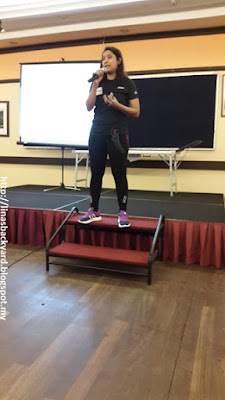 The symposium started with an introduction and an ice-breaking session by Ms Nathini before the stage was handed over to Dr Kase. 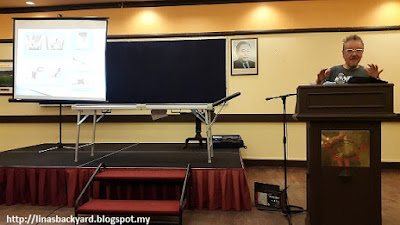 Dr Kenzo Kase was born in Japan in the 1940s. As a child he experienced traditional Japanese healing using herbal remedies, acupuncture and moxibustion techniques and he learned the value of a healing touch.

After graduating from Chiropractic College in Chicago, he was able to combine his education, both mainstream and traditional medical techniques and philosophies. In the research field, he works with surgeons, physiotherapists and natural healers.

In the mid-1970s, Dr. Kenzo Kase was already a well-known practitioner licensed in chiropractic and acupuncture in the US and Japan. He developed the tape, which has a texture and elasticity very close to living human skin, in response to limitations he encountered working with rigid sports taping methods on his own patients.

We were presented with a Kinesio Taping EDF Taping presentation before a short break for lunch. 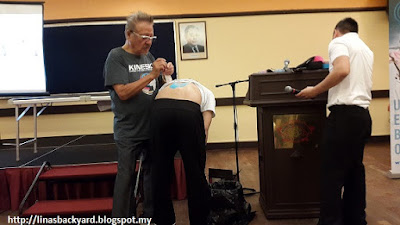 Dr Kenzo Kase showing the taping for a participant whom he noticed had a  back issue when they were taking photo together. 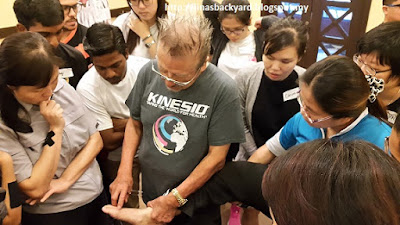 A participant with a stress facture issue. 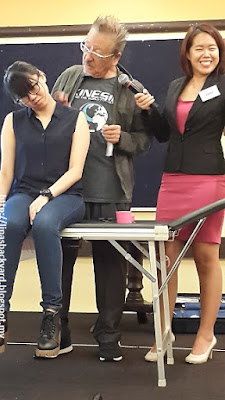 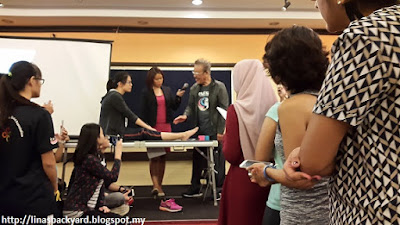 A participant with a plantar issue. 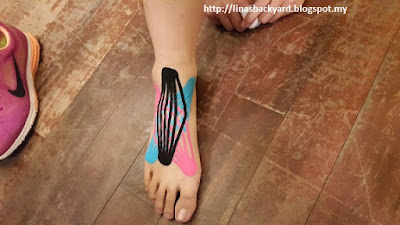 And the web taping done for her foot.

After lunch, we had a 60-minutes EDF taping demonstration where we were shown and learn about EDF Taping and was able to practise under Dr Kase's supervision too.

We later had a demonstration session with paediatric, neurological and orthopaedic patient with Dr Kase showing his treatment method and taping.

A few of the volunteers who came: 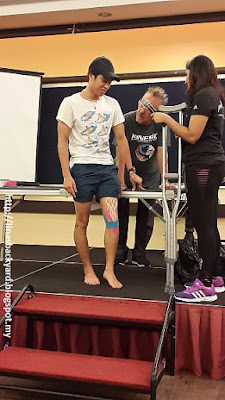 A triathlete who had just done a cyst removal surgery two days before the symposium. 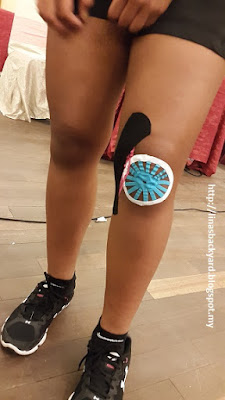 A female rugby player who cannot bend her knee. 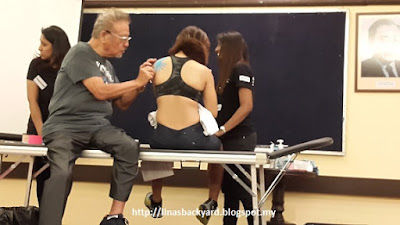 Another female rugby player with a shoulder problem. 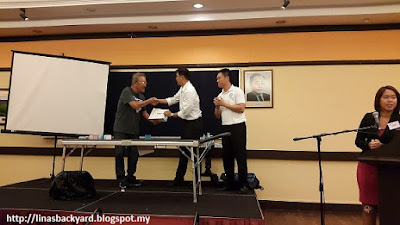 After the Q&A session that went well after 6.00pm, the symposium finally ended with Mr Steven Khoo, the Business Development Director of Pilatique Pilates & Physiotherapy Studio presenting a token of appreciation.

Pilatique is intending to run Kinesio Taping 1 and 2 course on 14-15 January 2017. For more details on the courses, click here.

For me, with a recent ankle injury, I'm thinking of heading to Pilatique for a rehab session soon as I'll be running in a half marathon in two weeks time!

Gotta go do that appointment soon as I need to at least put in some training runs before the half marathon itself!
Email Post
Labels: Events Review