After enjoying Nasi Arab (Arab cuisine) buffet at Safaa Restaurant for only RM29.90 and then a steamboat/grill buffet at MAEPS Bistro for RM45.90, we tried D'Saji Kajang Avenue Perdana last weekend.

It was a treat and a gathering for my siblings (alas, two families couldn't make it) but it was still a hoot. 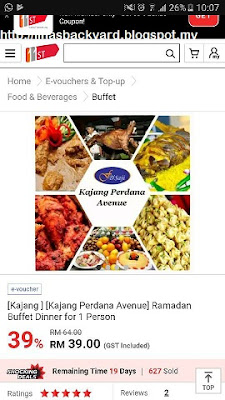 Grabbed this promo at 11Street which is a pretty darn good deal for RM39/pax/adult.

Original price was at RM64.00, D'Saji does slashed the price and advertise it at RM49+ but of course 11street promo price was the best! Only RM39 net! 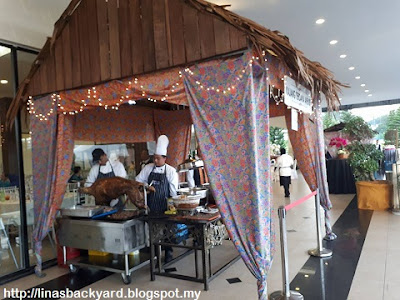 I was a tad skeptical about the place but friends assured me that they do serve rather good food there (though friends went there for weddings la, D'Saji Kajang Perdana Avenue being a wedding hall and all). 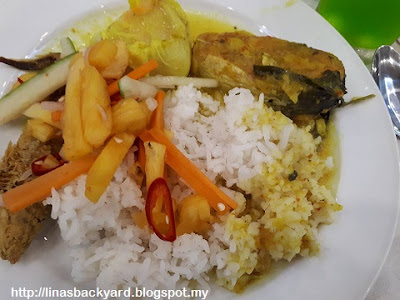 I have to say, I was pleasantly surprised.

Plenty of food station - ranging from traditional fares such as Patin tempoyak (but they didn't refill this dish! Boohoooo!!!), ayam masak merah, masak lemak telur itik and even nasi kerabu; to noodles - laksa and mee rebus; to fried food - roti john, koay teow and mee goreng; to desserts and plenty of them! There were soft serve ice cream too. 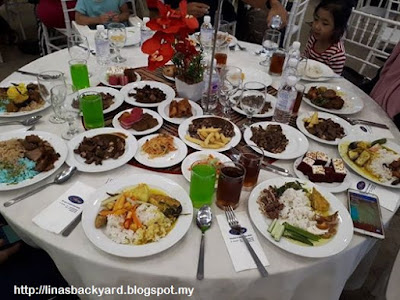 One of the two tables that we reserved. Hihihi

Don't worry. We ate them all.

Staff were really efficient our plates so thumbs up to them.

They put on wedding songs for entertainment instead of Raya song though. (Dewan kawen la katakan) Hahaha

It wasn't too crowded so the family really had a relaxing time.

Next year, boleh la try the ones in The Strand kot (the Red Carpet Avenue). The one at Dewan Perdana Felda is way out of my budget. Hehehe
Email Post
Labels: Close to my heart Makan Time