Augustman Buka Puasa Get Together Session

We were blessed to be able  to meet up and join a few friends & running bloggers during the last week of Ramadan for a session with the people from Augustman, which is a Man's magazine.

Augustman Malaysia is a glossy monthly magazine aimed at the affluent, globalroaming, cosmopolitan man who covets success and the finer things in life, August is fresh, irreverent and provocative.

The magazine will be holding its inaugural running event on October 22, 2017 and it's open for both men and women alike.  Details on the run can be found here. 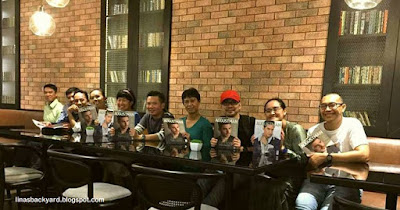 Thank you again Augustman Malaysia for the hospitality.

We had so much fun and the company was interesting and it was chatting almost non-stop.

We learn plenty of stuff that's interesting about the run and for those who wants to register, can do so at :
http://www.myracingevents.com/product/augustman-run The meet up/buka puasa session was held at Hotel Stripes, Kuala Lumpur and I really, really love the place. (well, from what I've seen so far lah which were the pool with its awesome view of KL tower) and the dining area.

Would be great if I can try one of the rooms too, but from what I heard from a friend who had stayed there, the rooms are equally awesome. 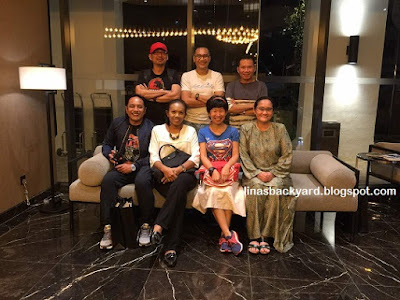 The running & blogging kaki after the session.

We went home at almost 10.00pm! Oh my...
Email Post
Labels: Celebration and Holidays Checking-In Close to my heart Events Makan Time Out and About