Fun Run With Livestock At DVS Farmville Run At MAHA 2018

As part of MAHA 2018, a run was held at the Interactive Informative Valley, Laman Ternakan, MAEPS called the Farmville Run 2018.

It was one of two fun runs held on the same date at MAEPS, Serdang on Sunday Nov 25th, 2018. Organised by the Department of Veterinary Services with technical team Ten Senses, more than 500 runners turn-up for the fun run, including us!

I didn't plan to run initially as I only wanted to take photos at the event but Hubby encouraged me to run, and somehow managed to procure a bib, courtesy of the organiser and ran with my Telic sandal.

Talk about being a Bidan Terjun! Lucky it was only a 5K.

It was my first run, after recuperating more than a month after I injured my ankle in October.
Despite the non-existent mileage, I was glad I could run up all the hills that littered the 5K course.

But of course, I did stop a few times along the course to take photos of the runners.

It was a fun morning, and it was nice to see families out for their Sunday run. The weather was quite nice too. What a blessing.

However, part of the route was a tad busy with vehicles coming in from both ways and us runners had to make sure we keep to the extreme left of the road for safety purpose.

Fortunately, the drivers were patient but I wondered why MAHA 2018 organiser didn't ensure at least a one-way traffic flow instead of opening the road both ways when these two fun runs (Farmville Run and Lola Baba Fun Run) were ongoing?

The organizer had informed us that there would be 200 coupons scattered along the route which enable us to win some goodies afterwards and Hubby and I managed to pick a couple! 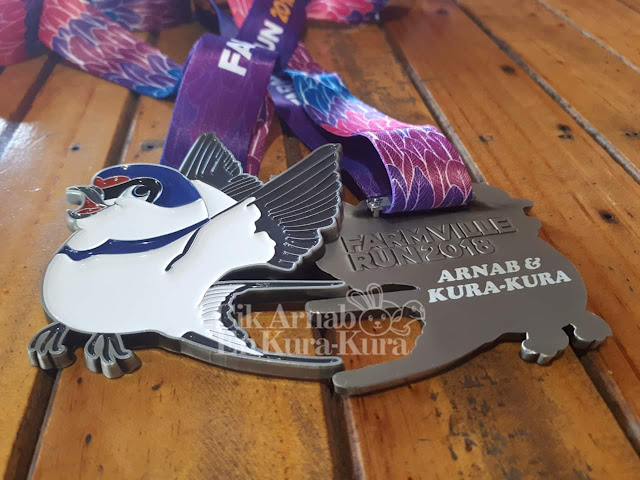 We received this very cute medal after our 5K run and there was a medal engraving service available for RM10 too.

We had one made for souvenir.

Apart from the very cute medal, we were given a bottle of mineral water and banana, and then we queued for breakfast which was available to all participants.

Later, we went into the air-conditioned hall to wait for the announcement of lucky draw prizes. 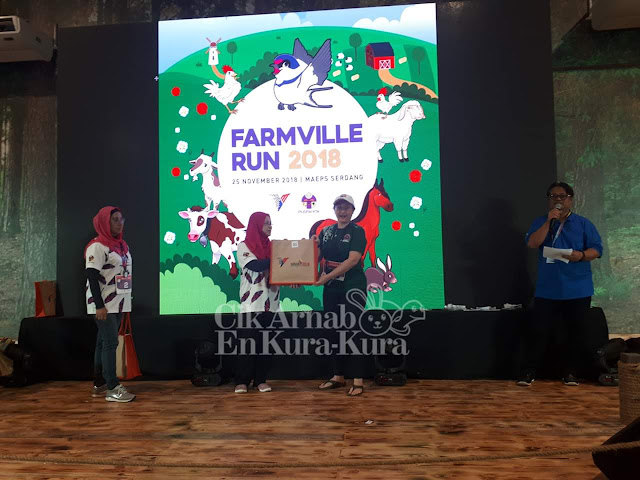 Me with my prize. 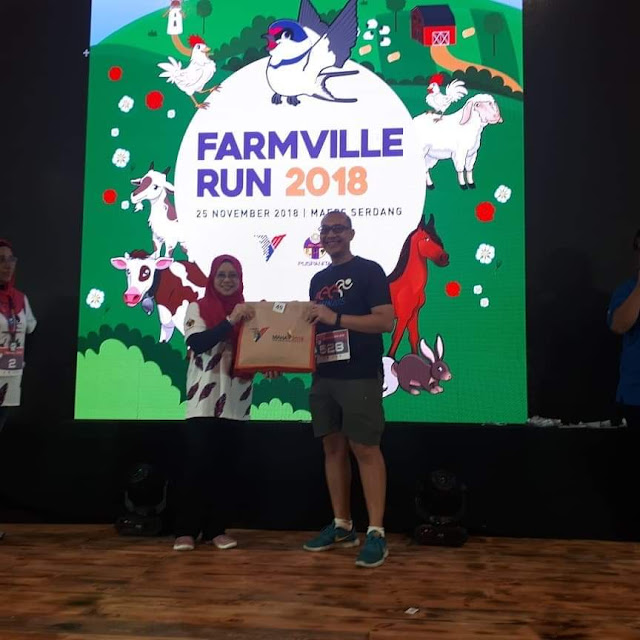 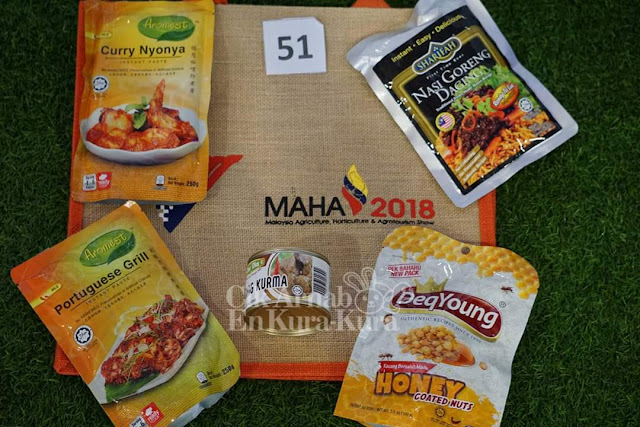 Both of us won the same goodies! 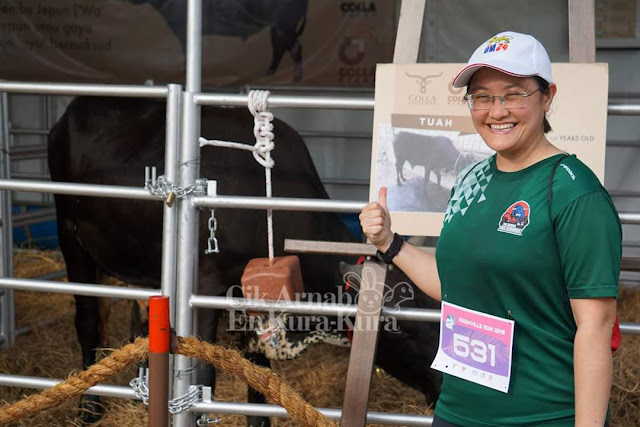 There were some livestock display at the Laman Ternakan, and after the run we walked around the area to check the animals out.

Some photos taken during the run can be viewed at our Facebook page Cik Arnab & En Kura-Kura. Do LIKE and FOLLOW us for more race updates and photos.