Press Release: 2018 IRONMAN MALAYSIA: THE BIGGEST AND THE BEST!

PETALING JAYA, 28 November 2018 – Minutes before the timer hits the cut off time of 17 hours, loud cheers can be heard at the Meritus Pelangi Beach Resort & Spa, Langkawi, where the finishing line of the coveted IRONMAN Malaysia Langkawi is set. After the whole day of swimming, cycling and running, triathletes pushed themselves to cross that glorious finish line and earn the most sought after IRONMAN finisher’s medal and to be called “YOU ARE AN IRONMAN” by the commentators. 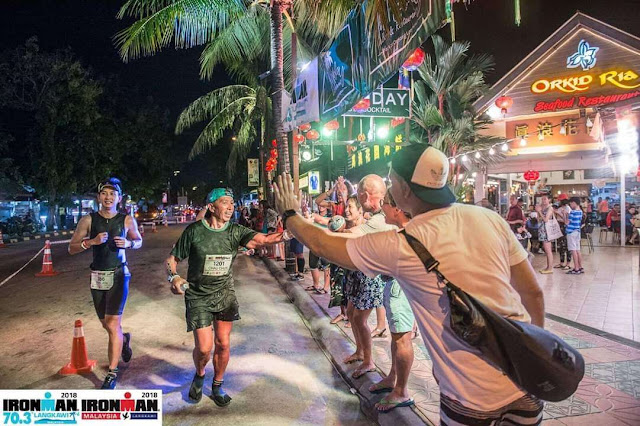 With a total of 2400 participants this year, it is the highest participants ever recorded in the last 5 years since IRONMAN returned to Langkawi in 2014. In this year’s edition, we welcome the new Women’s Champion Mareen Hufe after the absence of four-time champion, Diana Riesler. Daniil Sapunov was crowned as the Men’s Champion, taking his first IRONMAN title in 4 years of his professional career.

This year, about 71% of the athletes came from 73 countries across the globe. The biggest delegate comes from Malaysia, with a total percentage of 29%, followed by 13% from Japan, 7% from Indonesia, 6% from Singapore, 5% from Australia, 4% from United Kingdom and 36% from others. This year see the surge of Malaysian participants as they are determined to challenge themselves in triathlon event like participating in IRONMAN.

Datuk Zulkefli Hj. Sharif, Chief Executive Officer of Malaysia Convention & Exhibition Bureau (MyCEB) said, “On behalf of the Ministry of Tourism, Arts and Culture Malaysia, I would like to congratulate the triumphant champions and the participants of 2018 IRONMAN Malaysia as well as IRONMAN 70.3 Langkawi for their strong determination to cross the finish line. I would also like to commend the organisers, World Endurance Malaysia and partners for successfully putting together an amazing event; bringing together athletes, fitness enthusiasts, their family and friends, whilst placing Malaysia on the map for high level sports tourism.” 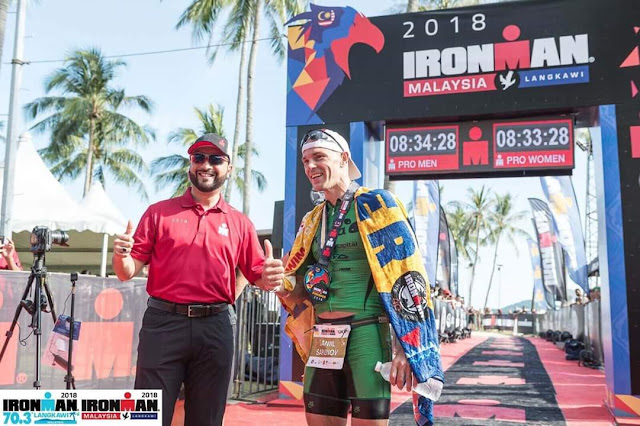 The emotional Daniil said, “Today is my first IRONMAN win in 4 years of my career. I want to dedicate this win to my wife who has always supported me through these years. I would love to come back to Langkawi again next year with my family. I get to enjoy the beach after a long day of doing IRONMAN.”

In the 2018 IRONMAN Malaysia Pro Female category, Mareen Hufe was crowned as the new champion, winning her first IRONMAN Malaysia title ever. She came in with the timing of 9:25:22 Second placing goes to Simona Krivankova from the Czech Republic, with a timing of 9:55:36, thirty minutes behind the champion. Rounding out the podium was Federica de Nicola, came in at third placing with timing of 9:57:29. 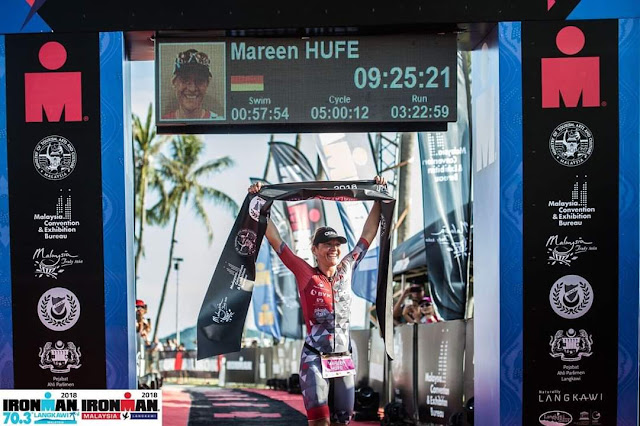 Mareen Hufe, who finally claimed her win at 2018 IRONMAN Malaysia, was very happy with the win. “It feels amazing to finally win the 2018 IRONMAN Malaysia after coming 2nd place for two years in a row. The race is demanding because of the humidity and heat. I had a good swim and managed to maintain a close distance with Jocelyn. It was raining during the cycling and very sunny during running but overall, I’m very happy with how the run goes because I was able to enjoy the race, although the condition is tough. I’m glad it worked out like the Germany’s saying, “All good things come to threes.”

Top finishers in all age categories received trophies and celebrated during the Awards Night Dinner at the Meritus Pelangi Beach Resort & Spa Langkawi later that night. Mohd Amran Abdul Ghani claimed the title of Best Malaysian Male with the timing of 10:11:26 while Chin Mei See was named the Best Malaysian Female, coming in at 11:14:20. Mohd Hafiz Mohd Yusop took home the Best Langkawian title with the timing of 12:11:56.

For 2018 IRONMAN 70.3 Langkawi, 30 qualifying slots were also given out for the 2019 IRONMAN 70.3 World Championship will take place on Saturday, 7 September at Nice, France. This will be the first time IRONMAN holds a world championship event in France.

Geoff Meyer, the Managing Director of IRONMAN Asia said, “Congratulations to Daniil Sapunov and Mareen Hufe and all the athletes who have completed this year’s IRONMAN Malaysia and IRONMAN 70.3 Langkawi. They have showcased a top-class performance over the weekend. The people of Langkawi is one of the biggest factors that contributed to the success of IRONMAN Malaysia and making this event their own; resulting to being one of the best on a global level. With the changes we have made this year, it has benefited the businesses and the local community. A big thanks to the authorities and the local community in making this the best ever IRONMAN, the journey has been genuinely amazing for us.”

This year also see a surge of famous public figures in Malaysia who participated in 2018 IRONMAN Malaysia and IRONMAN 70.3 Langkawi. Some of them are Alif Satar, singer, actor and TV host, Jasmine Suraya, Actor and TV host, Hairul Azreen, Ammar Alfian, actor and model and Adrian Teh, the Director of PASKAL The Movie, Azran Osman Rani, CEO of Naluri Hidup Sdn Bhd, Engku Emran, and many more. 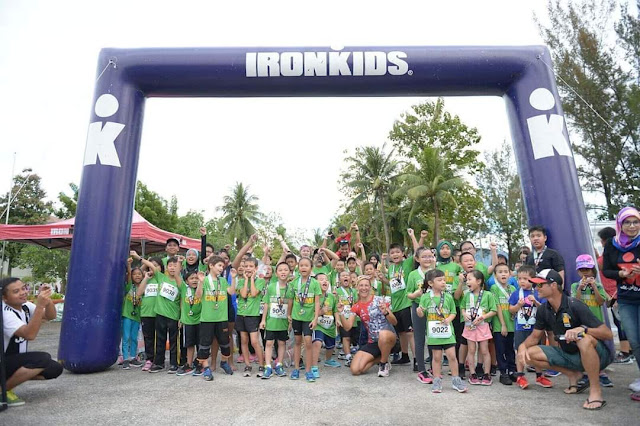 The race expo also took place from November 14-18 at the Mahsuri International Exhibition Centre (MIEC) which featured booths by sports and lifestyle exhibitors by sponsors and the IRONMAN official merchandise store.

About IRONMAN
A Wanda Sports Holdings company, IRONMAN operates a global portfolio of events that includes the IRONMAN® Triathlon Series, the IRONMAN® 70.3® Triathlon Series, 5150™ Triathlon Series, the Rock ‘n’ Roll Marathon Series®, Iron Girl®, IRONKIDS®, International Triathlon Union World Triathlon Series races, road cycling events including the UCI Velothon® Series, mountain bike races including the Absa Cape Epic®, premier marathons including the Standard Chartered Singapore Marathon, and other multisport races. IRONMAN’s events, together with all other Wanda Sports Holdings events, provide more than a million participants annually the benefits of endurance sports through the company’s vast offerings. The iconic IRONMAN® Series of events is the largest participation sports platform in the world. Since the inception of the IRONMAN® brand in 1978, athletes have proven that ANYTHING IS POSSIBLE® by crossing finish lines at the world’s most challenging endurance races. Beginning as a single race, IRONMAN has grown to become a global sensation with more than 200 events across 50 countries. For more information, visit www.IRONMAN.com.

About MyCeb
Malaysia Convention & Exhibition Bureau (MyCEB) was established in 2009 by Ministry of Tourism, Arts and Culture, Malaysia to further strengthen Malaysia’s business tourism brand and position for the international business events market. A non-profit organisation, MyCEB serves as a central hub to assist meeting and event planners to bid for and stage international business events in Malaysia and act as a conduit for national product development.
Email Post
Labels: Events