Ever since the 2019 Oscars and Free Solo won as Best Documentary (it also won an award at BAFTA), a few of my friends were excited to watch it at a special screening session done earlier and they had given rave reviews for it. 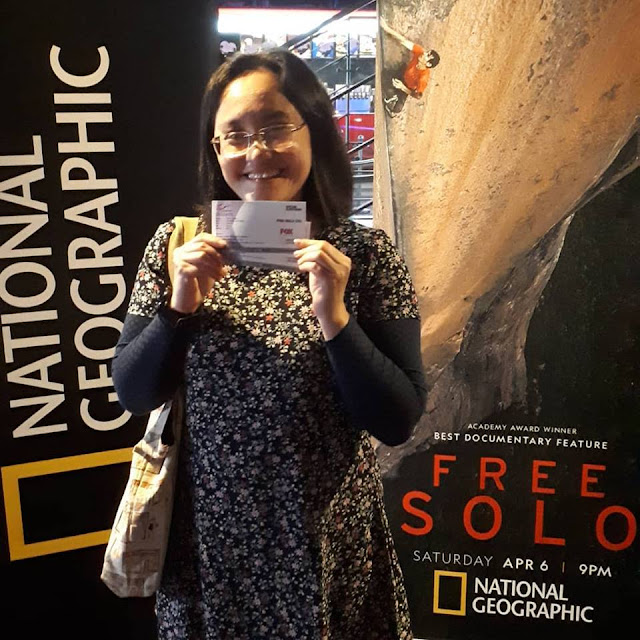 So when I had the chance to watch it last Wednesday night, I was pretty excited too.

Amidst breathtaking scenery, captured magnificently by the teams of cameramen, we get a glimpse of Alex Honnold's pysche as he attempted to free solo El Capitan.

It's a brutally honest documentary about the climber, his relationship with others and the passion for free soloing.

We may question him for his risky endeavours.

But I think, his big smile at the end of the documentary says it all.