For the past years, a number of very inspiring ladies had been generous enough to spend some time to share their experiences with me, either through Q&A in my blog and some were featured in print, in our local English newspapers.

To celebrate the International Women's Day 2019, these are the women who had inspired me and I hope, my readers too.

Inspiration comes in many forms and these active women are nothing short of inspiring, in their own special way.
A mother of three and an engineer by training, Eliza started Nashata Activewear to solve a problem she personally faced when she started wearing the hijab (tudung) in 2012.

Also in the photo above, Azlina Idris (standing on the extreme right in the photo) who started running after she quit her job to look after her children. Azlina did her first full marathon in Malaysia Women Marathon and her first ultramarathon in Pink 50, both in 2015. 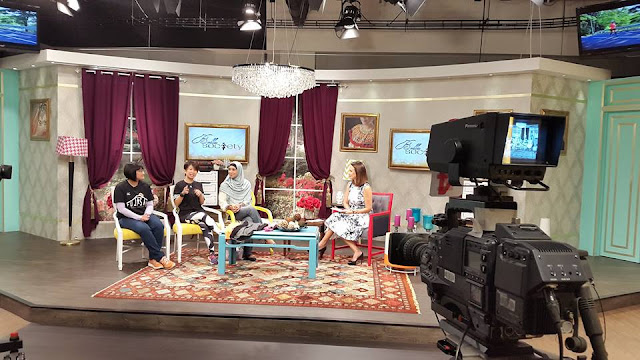 Azlina & I, together with our late friend Evelyn Ang Loo were also featured in Bella, NTV  in 2016 to share about our running experiences.
Dr. Rafidah Abdullah has been a doctor since 1996, physician since 2001, nephrologist since 2005 with MOH Malaysia. She is a consultant Physician/Nephrologist & Head of Department, Dept of Medicine at Hospital Sultan Haji Ahmad Shah(HOSHAS).

She is also busy educating the public at large on health matters and issues on the MedTweetMY on twitter and other social media platforms and  the MedTweetMy team had published a book called "Perang Melawan Mitos" or the war on myths. (I owned a signed copy. heh heh)

Juggling through all these, she is also a runner and had already completed more than 22 marathons.

She will be pacing Jamusyahida who is also featured in this post (see below) for Jamusyahida's first ever 10K run at Mizuno Wave Run in April 2019! 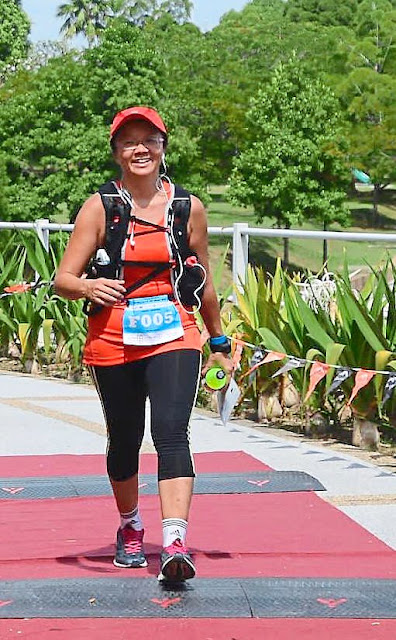 Nelly Yong is a single mother of one and a managing director for a multinational company started running in 2013. She shared with me that she was encouraged to take up running by her father who was worried about her health due to work-related stress.

Despite having a hectic, high-flying career, she puts the upmost importance on her family.

She may be slowing down a bit on her ultra-marathons recently, but don't count her out yet! She still runs and join marathons despite her busy schedule. 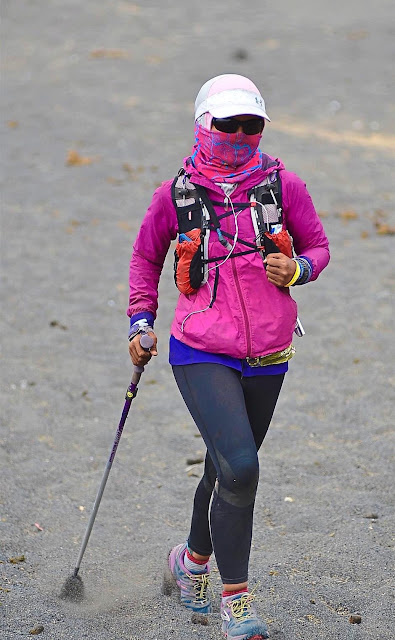 Nor Khadijah Shariat or Ejah started running in 2010 as a way to lose weight. The single lady has a hectic job but makes sure she trains at least three times a week.

Ejah started by joining a 5K race but has now done even ultra-trail marathons such as the Bromo Tengger Semeru Ultra in Indonesia.

She is also actively involved in charity work in her spare time.

How did she managed to slot in everything? 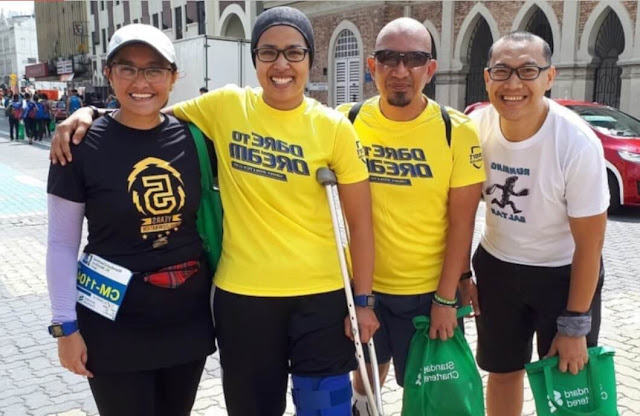 Fazlin Mohammad who still came and cheered for runners at SCKLM 2017, despite being injured and walking in crutches. She may not be able to run in the marathon but she came down anyway. Talk about being supportive and inspiring! 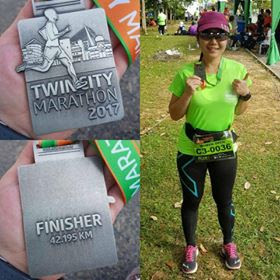 Yit Jin Leong is a hardcore runner who eats marathons and ultra-marathons for breakfast, lunch and dinner!

She's a regular fixture in the running scene and has been on the podium many times.

She can always be seen running in a tutu with her partner-in-crime, Jian in races too.
Jamusyahida is a 43 year old mom of two and through hard work, dedication and self discipline, managed to shave off more than 50kg of weight!

She showed us that it's never too late to start a healthier lifestyle.

She will be running her first 10K with Dr. Rafidah at Mizuno Wave Run on Apr 7th. Cheer for her if you're joining the run too! 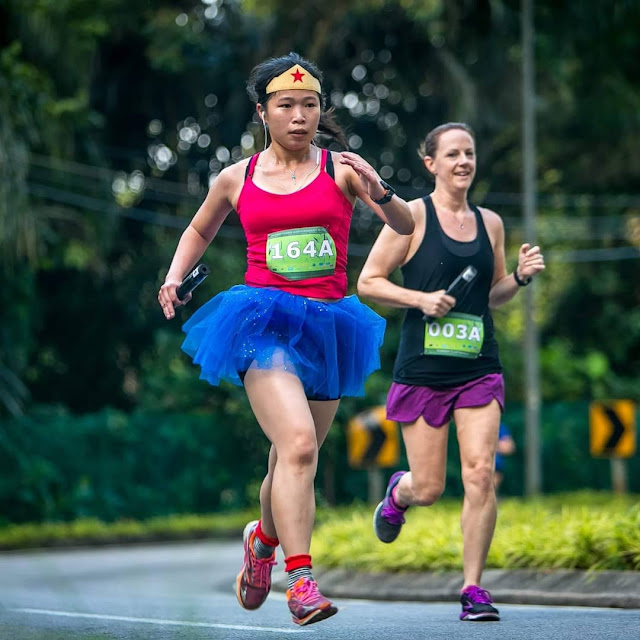 Lily, Li Hong Sim, has a mission to inspire fitness in Malaysia and doing it in her own unique way - by bringing the fun into running with running costumes.

Summersault, her brainchild, has managed to bring the culture of running in tutus to Malaysia and the brand has worked with the likes of Malaysia Women Marathon and the Running Diva series.

On a personal level, she works full-time as a business development professional in one of the Big4 accounting firms and splits her time between full-time work, managing Summersault as well as pursuing her interest in running. She's been running for about 7 years, starting out in road and now actively competing in trail. Recently she won 9th place in the 2018 Janda Baik 30km. 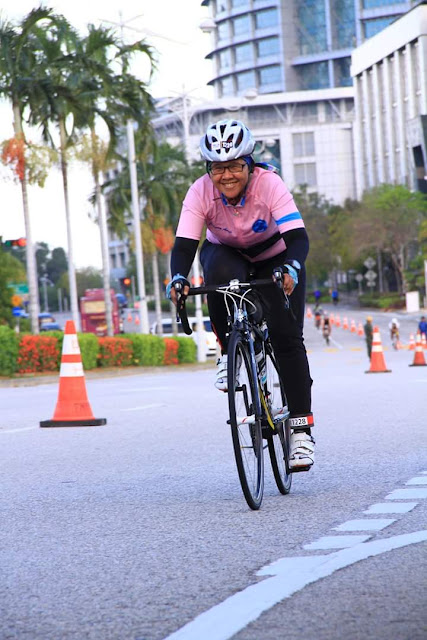 Dayangku Zarinah is a full time mom of 5, retired corporate counsel and now a freelance certified fitness trainer. Her passion is to assist persons with chronic diseases and disabilities to get better quality of life with the right exercise program.

She's an avid cyclist and love hitting the trails and always willing to lend a helping hand to anyone in need. 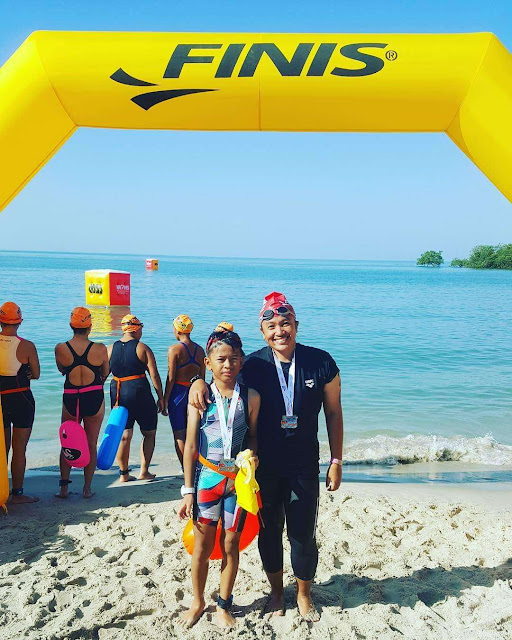 Nurul Hidayah is a a 39 years old single mother of three children and works in the maintenance sector as Facilities Executive. She learned to swim in 2005, mountain biking in 2012 and started running in 2015.

She is now a fixture in the triathlon scene as both her and her children competes regularly.

Nurul Hidayah certainly is great at juggling - family, work and training, among others! 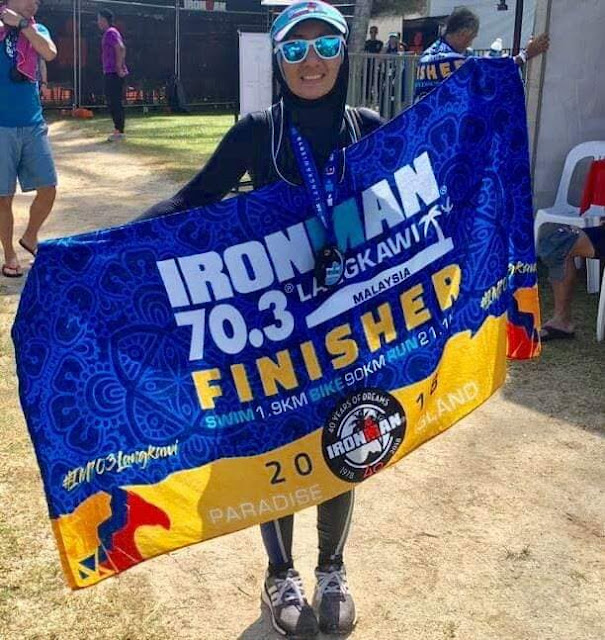 Siti Farisha Dina, a three time 70.3 finisher and two of which were at Ironman Langkawi says she enjoys sports and recreational activities to keep healthy and fit.

We look forward to her full Ironman soon! 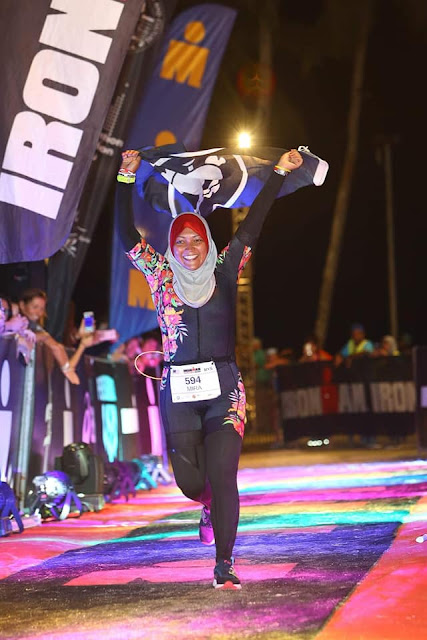 Mira Ezwany is one strong iron lady. She is an Ironman Langkawi finisher last year and that's certainly a HUGE achievement! 'Nuff said. 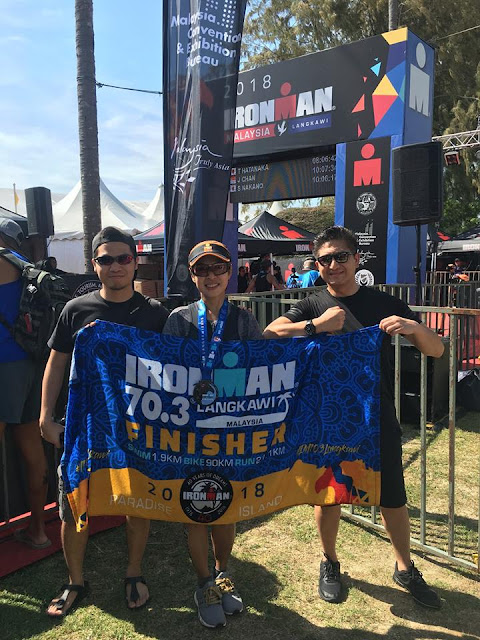 And lastly, Doc Mimiwati Zahari; an eye specialist/ophthalmologist who shows us that age is not a barrier to get and keep active.
Email Post
Labels: Close to my heart Interview