Back To Basic Run

No need to be kiasu though. This wasn't a race. It's just an organised LSD that you paid to enter. At the end of the run, runners get their medal and t-shirt. No frills, no hooha because the main focus is to RUN! To prepare for the upcoming Standard Chartered KL Marathon which is only 3 weeks away. *gasp* I am so not ready to tackle another half-marathon this time! @.@

There wasn't an official starting time, runners can start running from 5.30am till 11.00am, though the last advisable starting time was 6.30am. We arrived after the flag-off, parked our car like 3km away from the starting point and walked around before making our way to the starting point. Bumped into a lot of familiar faces who had already started their run way earlier. 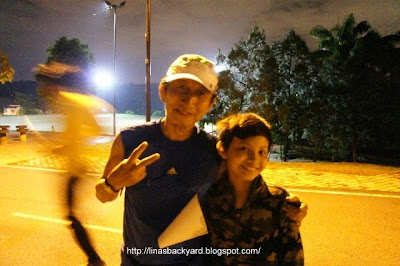 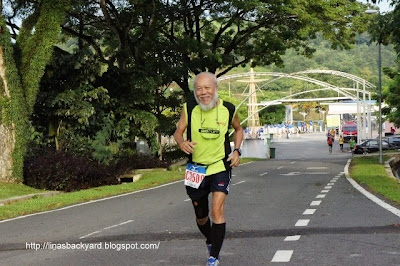 Like Bro Fuad and also Uncle Oliver. Both an inspiration. ^^ 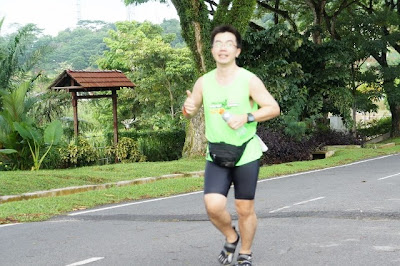 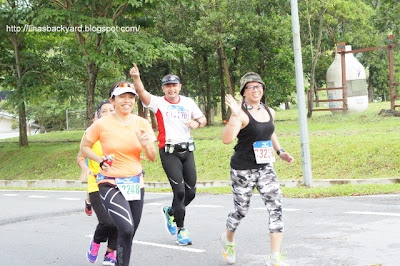 While I run, Zaini found a spot just after a climb and proceeded to take photo of runner friends. :-) 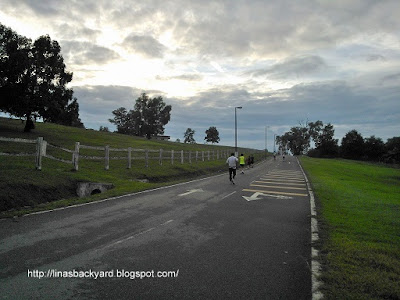 The venue at MAEPS, MARDI Serdang was very nice. Very picturesque. Rolling hills! A totally awesome place to run. I hope there are more running events to be held here in the future.

I was happy that even after not running for ages, I managed to tackle all the hill section without stopping for walk breaks though I did run very very slowly and at certain points, I ran of the grassy area because it was softer.

We kinda did a relay running that day. I didn't want to do much running but it was a pity to go home so early, so after I finished my run; Zaini took my bib and ran. Sorry organizer! 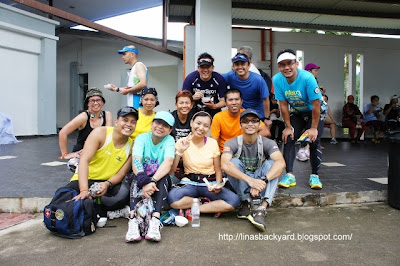 While he was away, it was my turn to ge behind the lens and pretend be a paparazzi pulak.

And of course, when all of us had finished, time for more photos. And makan. Tau foo fa. Hot Hot Hot and very sweet tau foo fa. Nasi lemak. Watermelons. 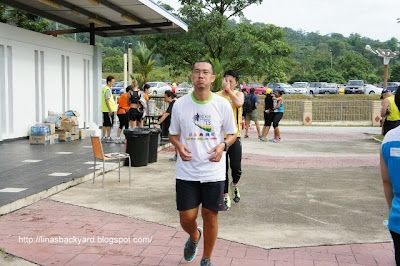 Zaini finishing up, goofing around too. Nice puffy face! xD 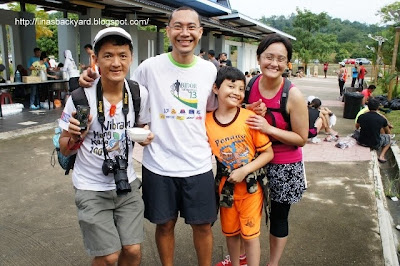 One for the family album, with the famous Tey. Tey gave some great advice on running too. Thanks Tey! ^^
Email Post
Labels: Itchy Feet Race Recap