King of Kemensah Trail or called simply KOKT was held on Sunday, May 24th, 2015 and one of three "King" Series.

The first of the King series was the King of Bukit Larut which was held in April (race report here). The second one was this King of Kemensah Trail and the third one will be the King of Sungai Lembing, which will be held on August 9, 2015.

I didn't join this to run but volunteered instead and was assigned sweeper duties (well, hubby and I requested for it and the organiser let us do it). For non-runners, a sweeper mean a person who ensures that the last runner arrives safely back and ensure nobody gets left behind in a race or lost. 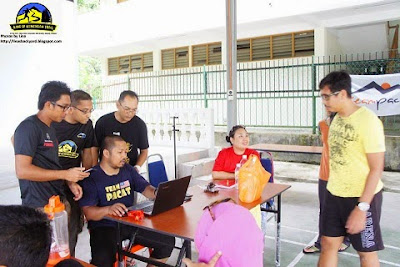 Race directors and volunteers were still attending to participants coming to collect their race bibs late evening on Saturday. The REPC was held on Saturday and also the morning of the race itself. 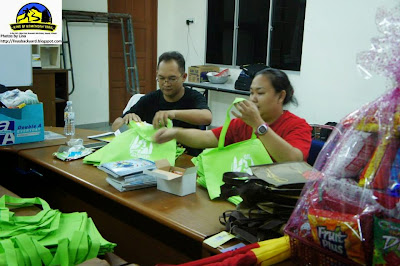 Hubby, Son and I lepaked at the Perpustakaan Desa in Kampung Kemensah for the night and "pretended" to help out a bit. Ahahah 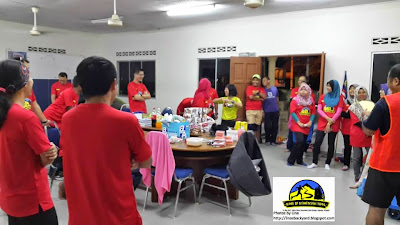 Sunday started rather early for us volunteers as we needed to report to the race venue at 4:30am. It was easier for us as we spent the night there. ^^ 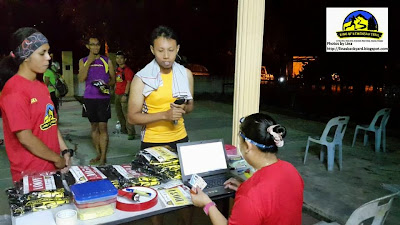 And runners turned up early as some had yet collected their bibs and only did so on race morning. 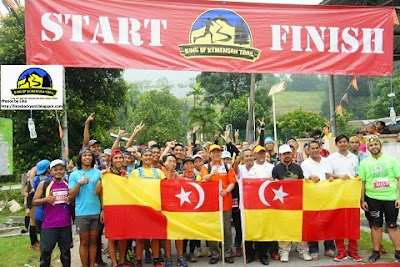 After race briefing and singing of the national anthem, runners for the 21K category was flagged off at 7:30am by YB Tuan Haji Saari, ADUN Hulu Kelang. 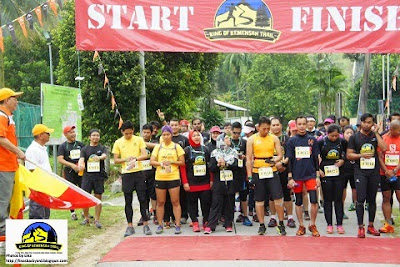 15 minutes later, the 10K category was flagged off.

This was a rather small event with the number of participants being capped at a mere 250+.

Just as hubby and I were making our way to hit the trails, about an hour after the 21K start and 45min after the 10K; the first runner for the 10K category arrived. 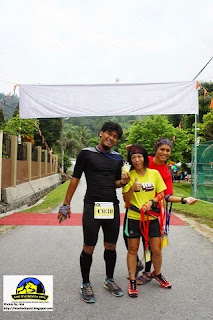 The 10K Men category winner! Congrats. He did it under 44 minutes, if I'm not mistaken.

So after his arrival, hubby and I quickly made our way to the trail. I took along my camera as I planned to also take photos of runners that passed us while we "sweep" the trail route. 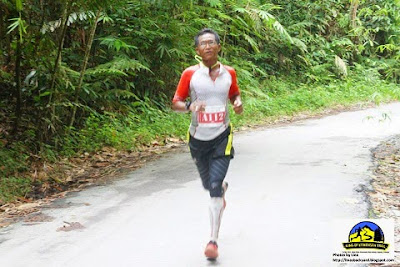 2K into the route the first and eventual Men 21K category winner passed us. He finished in 1:37! Congrats! 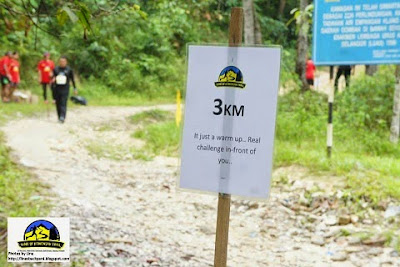 As I was already wasting time with the stops I made each time a runner approached so that I could take their photos, whenever there was a gap between runners, I'd sprinted ahead and kept watch of approaching runners.

I wasn't the official photographer and any good at taking running photos but it's something I like to do, and hey! I wanted to do it!  Though of course, at times I wasn't ready and the photos came out, out of focus. A few runners complained about it, and I'm sorry for being a lousy photographer but here's the deal - if you don't like your photo, do let me know. I can delete it for you. 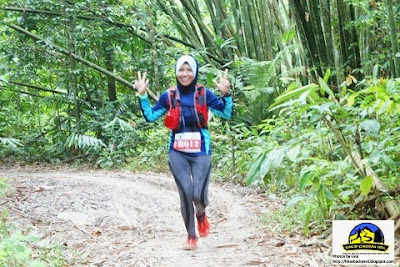 Pretty soon a friend came blazing past me and she later became the first runner up for Women's 21K category! Congrats Hanim!

As hubby and I continued moving and runners were already making their u-turn for the finish line, I managed to take photos of runners at different section of the route. On flats, inclines and declines. And most, just like me when I run, were happy to pose for the camera. ^^

There were two professional official photographers, if I am not mistaken, who had stationed themselves somewhere along the route too.

We bumped into the last two runners just as we were approaching Lubuk Tedung, and it was just a matter of checking out the last CP and WS at the river before making our way back. 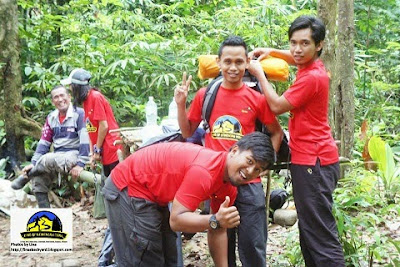 At CP4. The last CP. The volunteers who manned this CP had actually camped and spent the night there. They had already finished packing and did the clearing up and was preparing to head down.

And we did too. We took a couple of trash bags in case we needed to pick up any rubbish, but from our observation on the way up, the trail was clean and clear of any rubbish! There wasn't even a stray empty bottle seen! Bravo to the runners of KOKT for keeping the trail and to the volunteers too for cleaning up. 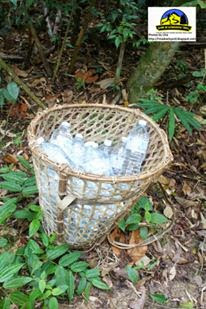 We arrived to the finish line at 12:30pm, and almost everyone had left the race venue by this time. 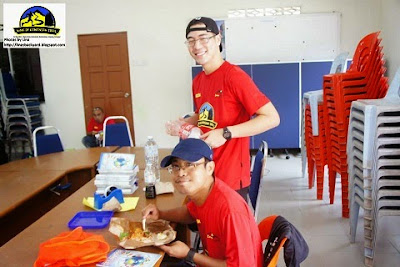 Ate some nasi lemak with a couple other volunteers, who manned CP3 earlier, rested a bit, listened to post-mortem before bidding our goodbye.

PACat Team's next adventure will be at Sungai Lembing, which I had mentioned earlier. I'm not sure whether to register or to volunteer. I wonder if they'd let me be the 50K sweeper? ^^

Congrats and well done to all runners of KOKT!
Email Post
Labels: Itchy Feet Out and About Race Recap