Continuing from my previous post, where we covered 50K in Putrajaya within 12-hours, from Thursday night to Friday morning.

Still taking advantage on the long 4-days weekend, we decided to do a hike in Kemensah on Saturday.

Son didn't want to tag along so after making sure (or making sure he promised) he'd do his homework, wash his shoe, etc etc, we head out early on Saturday morning. 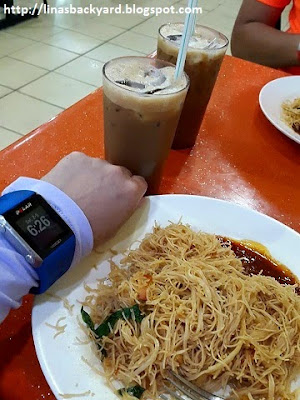 But first, breakfast IS A MUST!

Don't go for a hike/run/walk/workout on an empty stomach! Ensure tummy has something at least 30min prior your morning workout. 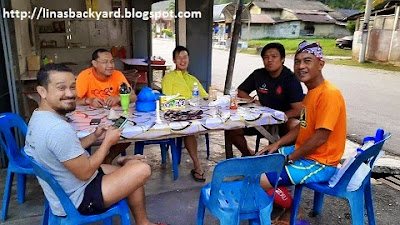 And these guys were already waiting at the RV point, having breakfast when we got there.


The guys had planned to do a 40+K hike and go on rubbish collecting trek along the Kemensah trail as there were still plenty of garbage being left there by some irresponsible people. They had done a trip two weeks ago and managed to bring down 20kg worth of rubbish from the trail! *horror*


The group tried to locate as many rubbish (mineral water bottles, isotonic bottles, power gel packs, general rubbish) and push it to the middle of the trail on the way up so that it would be easy to pick them up on the return hike.

Locate on hike up. Pick up on hike down. 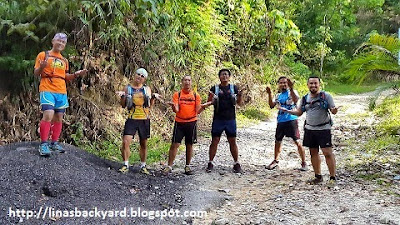 One final group photo before the guys sped ahead. They had more mileage to cover than what hubby and I had wanted to do.

For us, we hiked up to Lubuk Tedung and from the Rocket tree, there are two junctions and trails to choose from. We did part of both. 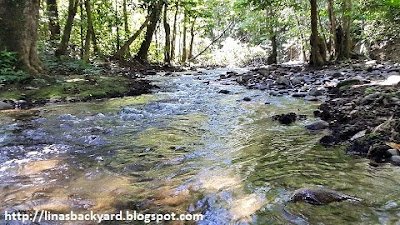 To get to this point, it's about 8-9K from where we started our hike. 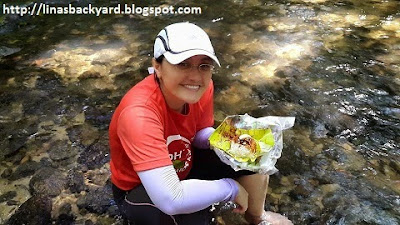 We decided to dip our feet in the cold river and even enjoy a tea break.

Lepaked/rested there for almost one hour before we retraced our track back to the Tree and then we turned left and use the trail that was used during a trail race a few weeks ago. Nice, runnable and spacious trail from this point onwards. 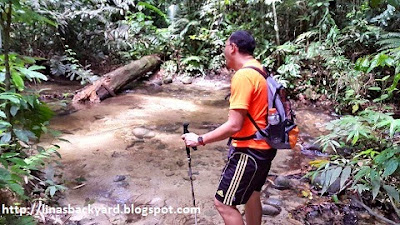 We weren't keen on getting our feet again so we hiked up to this river point before turning back again.

The rest of the group also used this route and headed towards Sg. Pusu.

A word of reminder for those who wants to try out this route; please ensure that your hydration and fueling is ample to last the (probably) long hours trek. Bring not only water but food too.

This was our first time following the route on the left side of the tree (although we hiked in Kemensah a few times before) but we were guided by the markers and signs that were still left on trees by the trail race that was held a few weeks earlier there.

All  I can say is, what a load of crap to see rubbish being left so wantonly in the nature by those who supposedly love nature! 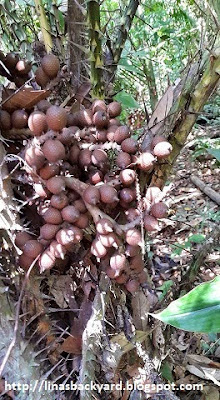 Very noticeable along this trail were salak fruit trees. Most were already been harvested and the ones that were left were either not good or too young, like the one in the photo above. 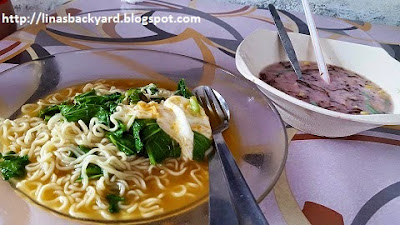 It took us a slow 6hours and 30minutes to complete this 21K hike, pausing to gather empty bottles and also looking for salak fruits (not to mention eating nasi lemak while dipping our feet in the river).

We reached the starting point and ordered instant noodle and ABC for lunch at a stall while waiting for the others' return.

They all returned about an hour later after disposing the garbage they collected. They got 3 bags this time too! Why are there so much rubbish in the trail nowadays???!

We all should learn to bring back out what we took in when we go for a hike. 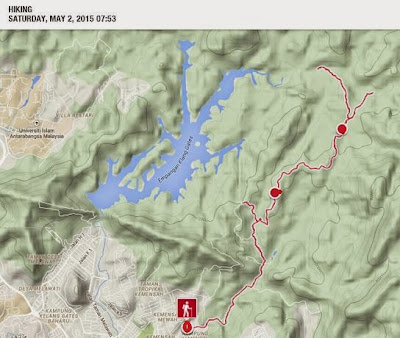 The route Hubby and I took on Saturday. 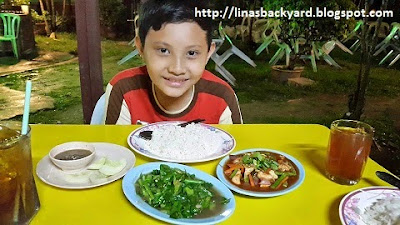 Later that evening, we headed out again and this time for dinner. At a place near our house.

Son wanted to eat Paprik Ayam and Kailan Ikan Masin and that's what we ordered for him. 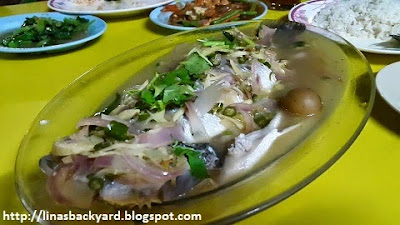 Mommy and Daddy shared this Steamed Siakap while occasionally "curi" some of Son's Kailan dish. Hahaha

It was a good dinner and we enjoyed it a lot.
Email Post
Labels: Close to my heart Itchy Feet Makan Time Out and About Travel - Malaysia