What's fun to do during this long Merdeka weekend?

For me, running of course!

And because we visited Kuantan for my youngest brother's wedding, I got to run in Kuantan too! Plus enjoy a nice vacation with the family. ^^

But first, my runs. I'll do some posts about our Kuantan visit later. Hihihi

I needed to do two 24K runs during the weekend but knowing that it'll be hard to fit in two long runs with travelling and a wedding (plus visiting relatives' houses); I decided to put in the 24K on Friday and postpone the second 24K when we get back to KL.

I didn't run early in the morning on Friday (for obvious reason that it is hard to do so during a weekday morning for me) so I opted to hit the gym's treadmill later instead. 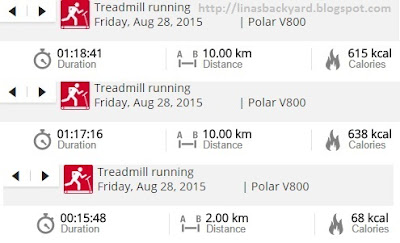 I had initially thought of breaking the 24K run into 3 sessions where I'd stop after 8K for a drink but decided since I was feeling good, to continue until 10K.

Ran 10K at easy pace, stop, go downstairs for a drink then go up again and continue with another 10K, stop, drink and run again.

Gotta give the treadmill a break also lah. Hahaha

Good thing when I was at the gym, there wasn't too many treadmill users so I didn't need to feel guilty hogging one treadmill for almost 3 hours!

Got to cut short the final 4K into 2K only as hubby called to pick me up in 30 minutes time. Gotta shower and all before I get into the car, right?

We were already in Kuantan on Saturday for my brother's wedding. Since it was the bride side's kenduri, we didn't have too much to do. 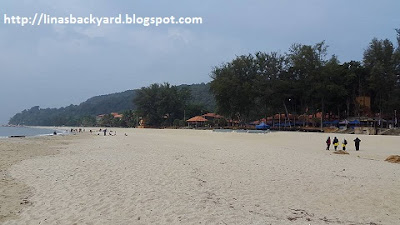 So we had some free time and made a stop at Teluk Chempedak. Son went for a swim with Daddy watching over while Mommy did a run. 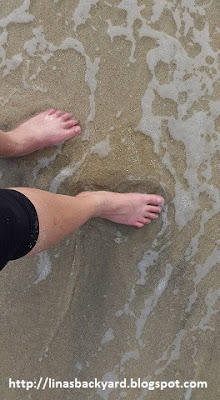 With soft and loose sandy beach at Teluk Chempedak, I decided to run barefoot. To tell you the truth, it wasn't easy to run on such soft surface where I had to really take care of my footing but I love the experience! I even fell at one time as the sand I stepped on just kinda sinked and I got sucked into the sand. Right on front of a lot of beach goers! Hahaha 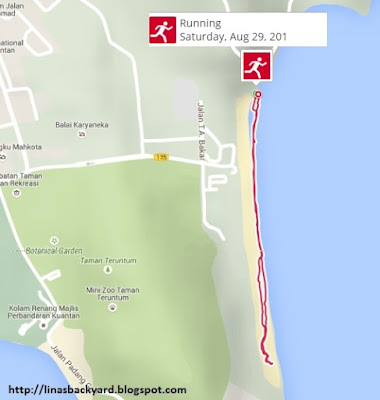 Ran on sand, climb on some stones (Teluk Chempedak has lotsa big stones by the beach) and ran past Hyatt Regency Kuantan. :-)

Later, we joined the rest of the family for a playtime at Pantai Batu Hitam. 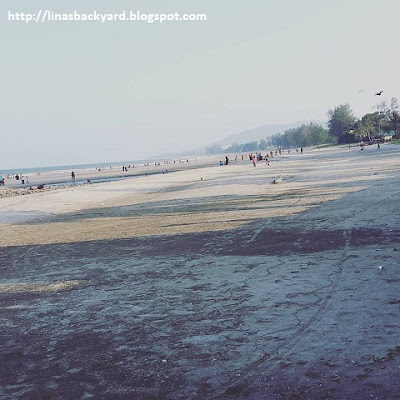 The sand is much firmer here and I figured it'd be nicer to run here. Instead of white sand, the beach side is a mixture of white and blackish sand and as the name implied; black coloured rocks dotted the beach.

One has to be careful of the rocks when one bathes here! 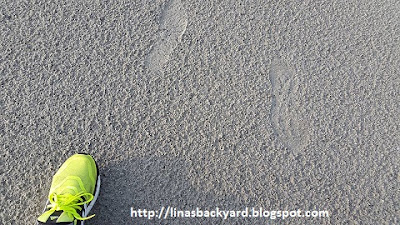 The next morning, we went out to Pantai Batu Hitam. Mommy got to run while Son went for a swim with Daddy.

It was great that the homestay my family was staying at was just a few hundred metres from the beach so we could just walked to the beach. 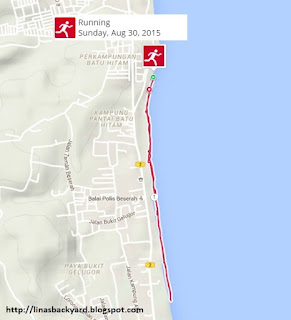 I got to do double the mileage from the day before. Happy.

I didn't want to run too much as I planned to pay back the 24K I owe for Sunday on Monday. During the Merdeka Day.

After the run, I joined Hubby and Son for a dip to cool down and later head home for breakfast.

Hungry lah! :)
Email Post
Labels: Celebration and Holidays Close to my heart Gardens and Parks Itchy Feet Out and About Travel - Pahang