A Fun Morning With Runners With Strollers

It's a novelty, joining a fun run that caters to runners wishing to run with their babies or toddlers, in strollers. Most times, such runners would enter a fun run (or some even ran in longer distances) and push the strollers with the kids in it.

The thing is, a few races banned strollers and some runners do not like the runners who ran with strollers. 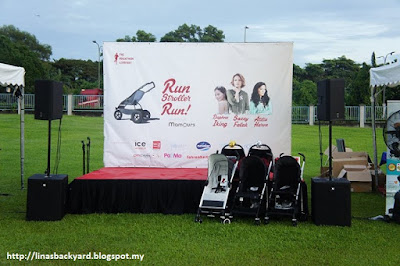 It was my first running event I ran in after Tango Ultramarathon, after the postponement of Mizuno Wave Run and the cancellation of Standard Chartered KL Marathon.

Good thing I have this. After an 8 weeks rest, I only started running this week! @.@ 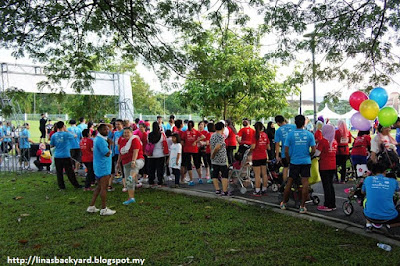 I heard almost 1,000 participants took part. Just a few of us individual runners who were advised to start in the front so that we won't get stuck in between strollers after flag-off. 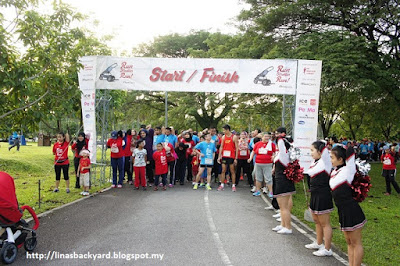 The starting line before the flag-off.


Atilia Haron did the warm-up routine with runners before the flag-off and she was joined by another local celebrity, Daphne Iking. Pity didn't see Sazzy Falak at the event. Had thought she was joining too... 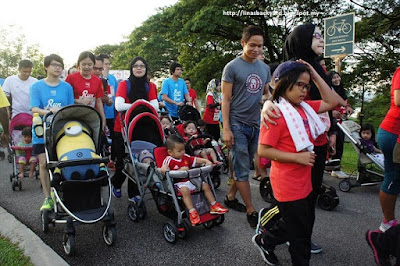 Runners with strollers slowly making their way after flag-off. Some were really fast and managed to finish faster than most individual runners!

Despite the short distance, the organiser had provided 1 water station that served Revive isotonic and 1 candy station. 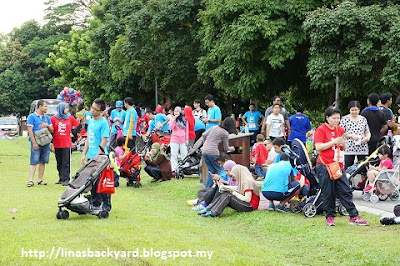 After the run, we were given our medal with a serial number in it. It was for the lucky draw that was held after everyone finished their run so runners lingered at the park. 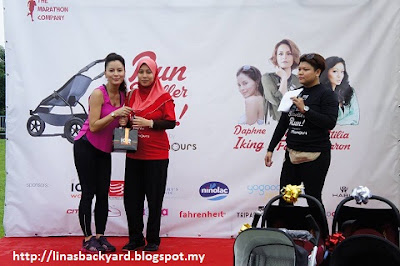 Apart from the generous lucky draw(with plenty of prizes to be won - Ice Watches, iPhone 6, baby car seats, strollers, baby bottles), there was also a colouring contest for children under 12 and clowns making balloons.

We stayed behind for the lucky draw and I was seriously hoping that I could win an iPhone! Hehehe 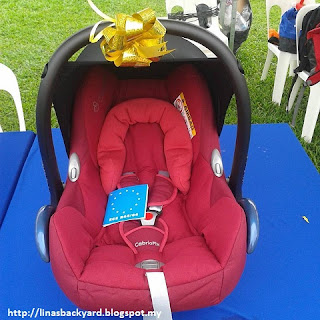 Either I'll sell it or pass it to my brother who got married in August and had just confirmed that his wife is now pregnant. ^^

All in all, a fun morning.

Hope the organiser will do another one next year!

Highly recommended to parents to join. Can win some awesome prizes during the lucky draw too! Hahaha
Email Post
Labels: Events Itchy Feet