A Grand Sunday In Kuala Kangsar 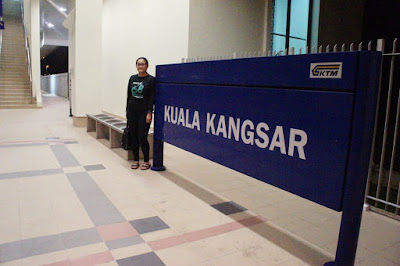 After spending almost half-day supporting friends running a 100K race (as per my previous post), we head home and got ourselves ready for our trip.

I had a run in Kuala Kangsar on Sunday morning; in the Larian Hari Keputeraan Sultan Nazrin Shah and instead of spending a night there; we opted to board the Express Peninsula and took a sleeping berth seat and traveled to Kuala Kangsar by train.

We took the midnight train from KL Sentral and arrived at Kuala Kangsar station at 6.00am, a bit late than the published time but still ample for me to get ready and change into my running outfit and meet a friend who helped picked up my bib the day before. 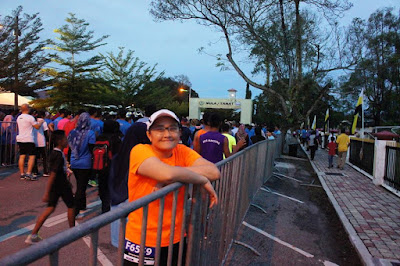 Before the flag-off for 10K category. As usual, I started way at the back.

Most of my friends were running in the 15K category which was flagged-off at 6.45am.

The crowd in front of me was bigger than I expected so progress was slow, weaving through the crowd. We caught up with the 15K runners by KM2 and by KM3, as we entered the kampung section of the route, it got more congested.

But the route was nice.The air was fresh. The scenery interesting as we passed kampung houses so I decided to enjoy my run. When I couldn't run or saw no point of running and bumping into other runners, I walked.

At around KM4, a couple pushing a stroller ran past me. It was Doc Julin & her husband!

At this point too, I passed several friends who were happily taking in the view and running slow, making plenty of selfie and wefie stops.

I think it was at KM5 when the first food station appeared. Yes, you read right. Food station.

There were water stations, of course but along the route, there were several food stations serving steamed buns, curry puffs, banana fritters and a coconut drink station too! One whole coconut for each runners. Heavenly! 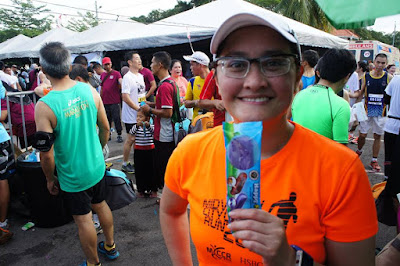 Then, immediately after finishing my run, I got my finisher medal and goodies bag and also an ice-cream!

Then it was time to head for refreshments.  Milo was abundant. Mineral water too. 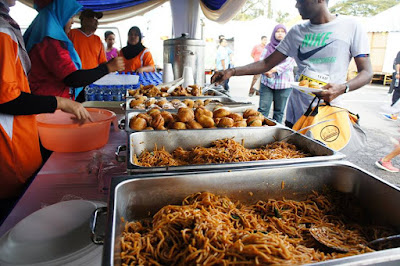 Plus a buffet for everyone! 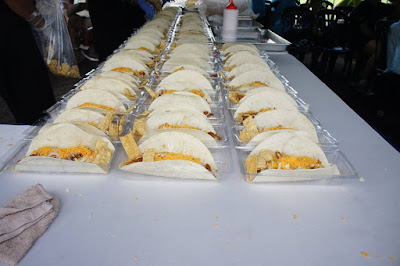 I absolutely love the tacos served there. 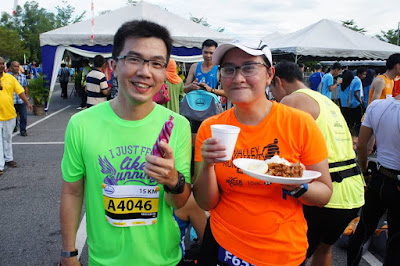 Met friends after the run, which was nice.

And after having my fill of free breakfast, we waited for my friends to finish their run before quickly heading back to Kuala Kangsar station. 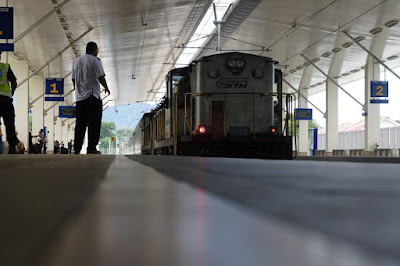 We had a train to catch. Instead of the faster ETS train, we opted to board the Express Rakyat which is much cheaper but slower and arrived to Kuala Lumpur at 3.00pm.

What a grand way to spend a Sunday, right? ^^
Email Post
Labels: Close to my heart Events Itchy Feet Makan Time Out and About Race Recap Travel - Malaysia Travel - Perak