Remember my post about craving for some steamed fish and ayam masak lemak cili padi?

Well, I sort of got to satiate my craving. Didn't indulge in either of the said dishes but I got my "gulai kampung" treat!

Son had an outing with his friends on Sunday so it was a date-day for us.

For lunch, since we were in Bangi; we stopped at Restoran Gulai Kampung which is located a few blocks away from Bangi's McD.

The restaurant has a lot of varieties such as patin masak tempoyak, asam pedas, fried chicken, sup tulang and masak lemak dishes. 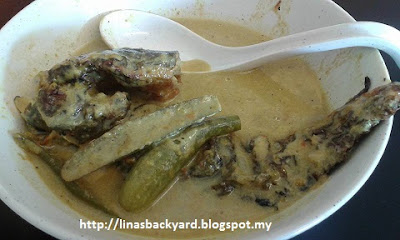 We chose keli salai masak lemak, which cost us RM6. 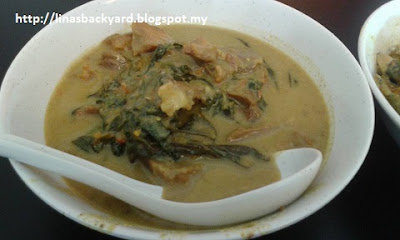 And daging salai masak lemak for RM10 a bowl (can feed three). 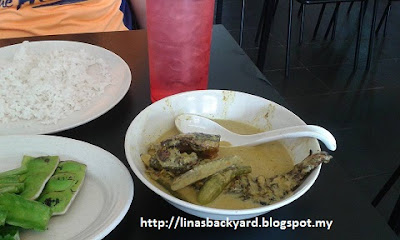 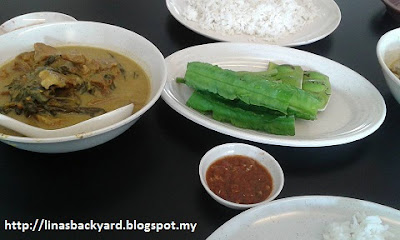 The masak lemak were good and we finished everything, up to the last drop of the gravy, but I do wish they are more generous with the rice serving. It was too little for RM1.50 per plate. Hihihi

The sambal belacan had a powerful kick and I can't even finish it. Hahaha

All in all, a rather good meal.

We were there shortly before 12.00pm on Sunday and it was still quite empty. The restaurant filled up pretty quickly shortly after.
Email Post
Labels: Makan Time