The Energy Efficiency Run, For The Second Time 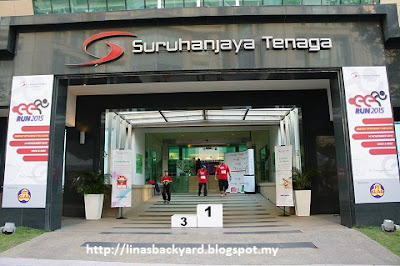 The third biennial edition of Energy Efficiency Run was held on November 14, 2015 and with new distances. 10K and 6K (although the actual distance as stated officially was 10.3K and 6.3K) which was opened to public and also Closed category for the Energy Commission staff. Also there was a special, by-invitation category for students.

I was a tad late in registering for the race this year, and by the time I did, the Women Veteran category was already closed (i.e. sold out) so I registered under Women Open instead. I paid RM25 for the fees which is still really cheap for a race here, what with getting an event t-shirt, medals and also bibs with timing chip.

An FB friend helped me collect my bib during the weekday and we met on race morning for me to collect it. Thanks Tisha! 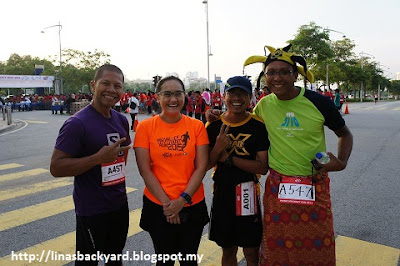 It was sure nice to meet with friends whom I haven't seen in months as I don't have any races recently.

Although the EE Run is rather a small affair, compared to other runs held around KL and Selangor, it managed to draw around 1,500 participants this year. A 400 increase in runners compared to 2013. Congrats EE Run! 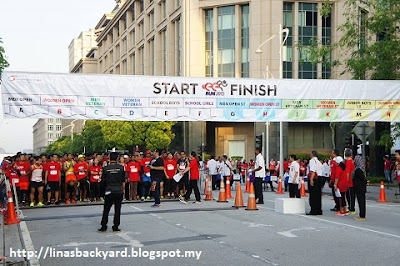 As usual, I started way at the back and made my way slowly through the crowd. Most of the runners were sure running hard and fast in EE Run!

I haven't been running outdoors for almost 2 months and only started my training proper last week. I was running in this as part of my training plan for a race next year, in Jan 2016 and it was to hold a half-marathon pace.

Even as I made myself to run at a sensible perceived effort run, I resorted to short walk breaks and made sure I stopped at all three water stations available throughout the route.  Furthermore, with a late start at 7.30am, the sun was already up and it was rather a hot run under the sun. 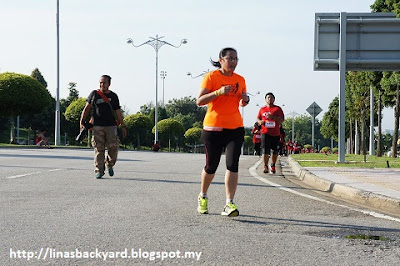 I saw Hubby waiting for me on top of an incline just before runners made a turn towards the finish line. Although by this time I had hit my fastest 10K timing for 2015, all Hubby said as I passed was for me to finish faster. LOL 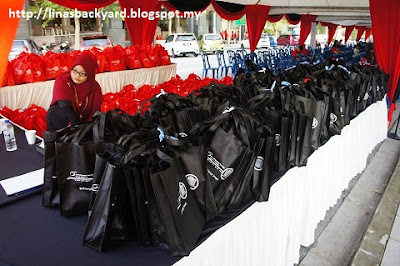 Upon finishing, I was given my medal and a bottle of mineral water. I then proceeded to collect my goodie bag. Black goodie bag for the 6K runners and red goodies bag for 10K runners. 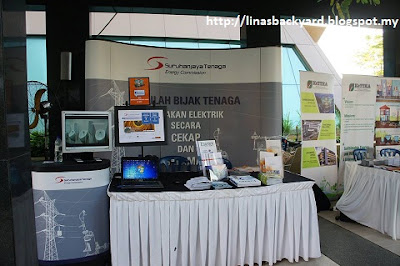 We then stopped by at a couple of booths opened at the Run with some giveaways for visitors.

We later went back to the finish line to meet with friends before making our way back at 9.00am. Hubby had to go to work and I had an appointment later so rush we must!
Email Post
Labels: Itchy Feet Travel - Putrajaya