Kuala Lumpur, 15 March 2018 - Lion-Parkson Foundation (LPF) is organizing the third Lion Parkson Run at Pavillion Kuala Lumpur on 22 April 2018 to raise funds for education and charity including the expansion of the Home for Handicapped & Mentally Disabled Children in Banting, Selangor.

The Home for special children was built at a cost of RM2.2 million contributed by LPF, on a 4.17 acres piece of land worth RM1.2 million donated by Lion Group. The funds to build the Home came from a series of TV programs in 2008 and the Million Dollar Dance Grand Finale Charity Show in February 2009, both produced by LPF Chairman, Puan Sri Chelsia Cheng. The Home which can accomodate 100 children was officially opened by Puan Sri Chelsia Cheng and National Shuttler, Dato' Lee Chong Wei on 4 November 2012. The expansion of the Home will be able to accomodate another 100 children and an old folks home.

Parkson Merchandising Director, Ms Natalie Cheng in her opening speech invited the general public, members of the mass media and running fraternity to join in the Run for a good cause. The Run will have two routes of 3km and 10km. The registration fee for the 10km route is RM80 whilst the fee for the 3km is RM55 and RM120 for Family Run, for a family of 2 adults and 1 child aged below 12 years old. There is also a special 1km run for cancer patients and survivors. 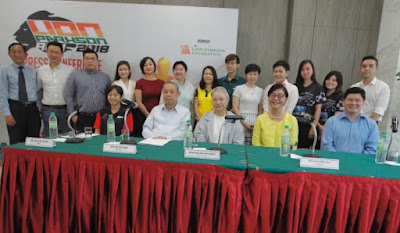 Lion-Parkson Foundation was launched in 1990 to administer and disburse funds for various needs such as education, charity and scientific research. Todate, the Foundation has sponsored a total of 448 students through various sponsorship programmes worth RM10.4 million. In addition, the Foundation has also contributed another RM24.5 million towards other causes, making a total contribution of RM34.9 million todate.

A peek at the Run medals and t-shirts: 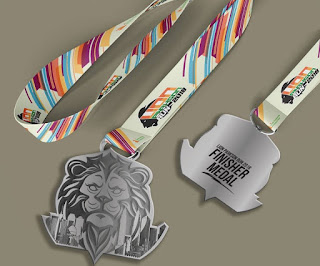 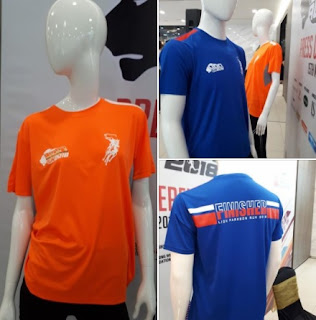