A View Of KL Skyline

- October 16, 2019
A few weekends ago, Hubby and I had the opportunity to see base jumpers jumping from a building at a not-to-be-disclosed location in Kuala Lumpur.

From Wikipedia:
BASE jumping, also sometimes written as B.A.S.E. jumping, is wingsuit flying from a fixed structure.

"BASE" is an acronym that stands for four categories of fixed objects from which one can jump: building, antenna, span, and earth (cliff). Due to the lower altitudes of the jumps, BASE jumping is significantly more dangerous than skydiving from a plane. 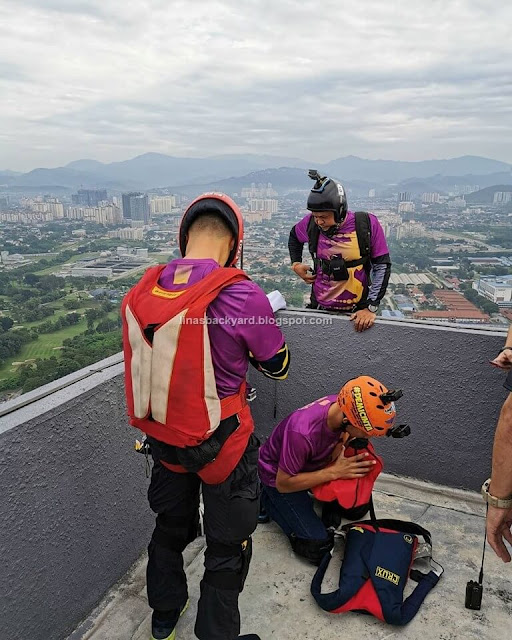 Base jumpers preparing for their jump.

For the jump, we went up to the 53rd floor of a building which has a field nearby for the base jumpers to land on after their jump. 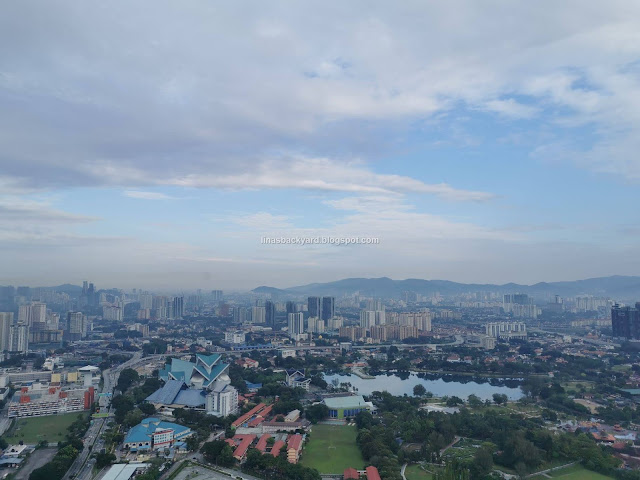 And we were able to witness a great 360 degrees of KL city view from there. 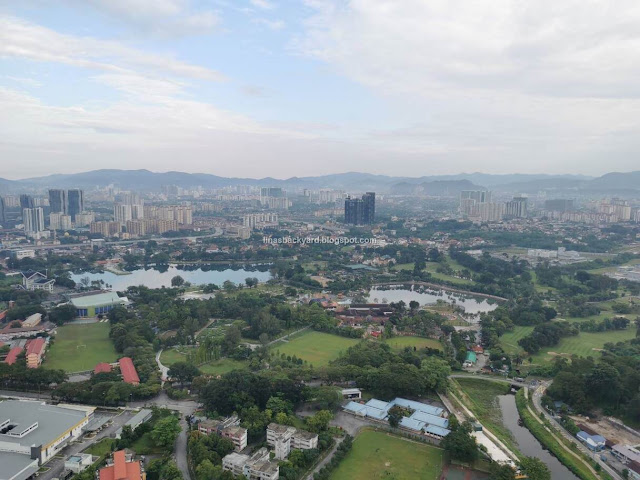 Thank God the haze went away and we were able to see the blue skies. 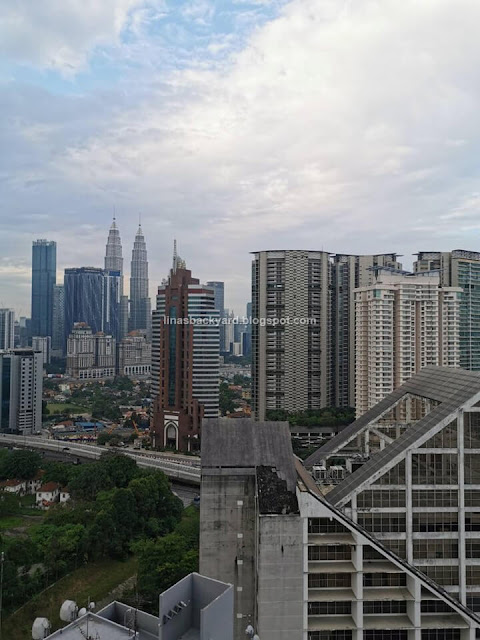 KL concrete view. Pretty awesome too, although the Twin Towers are somewhat hidden. 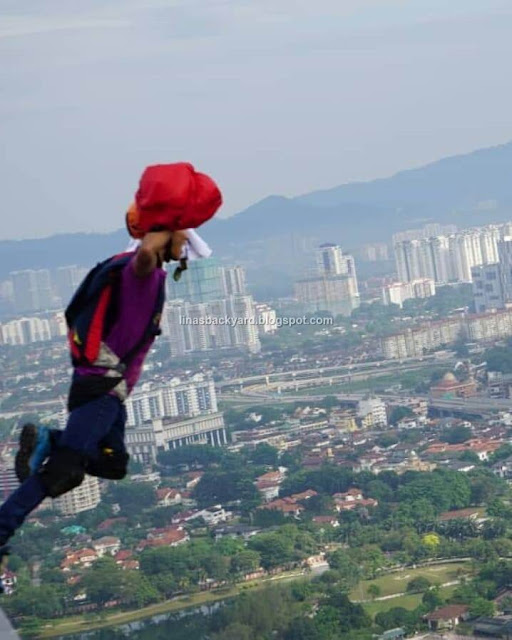 And base jumpers doing their jump. 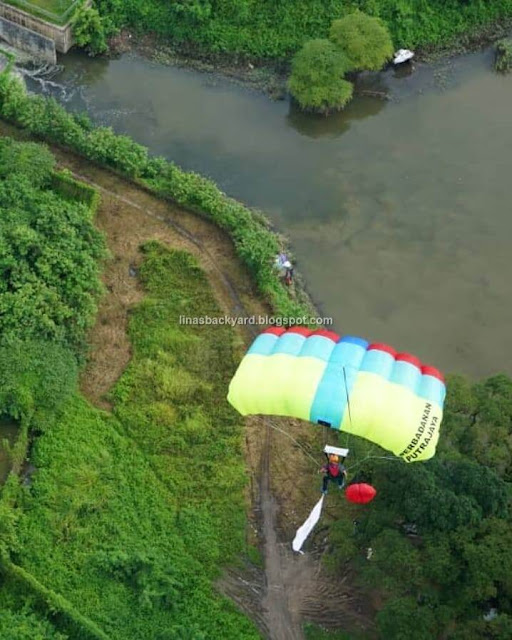 Would you dare to do it yourself? 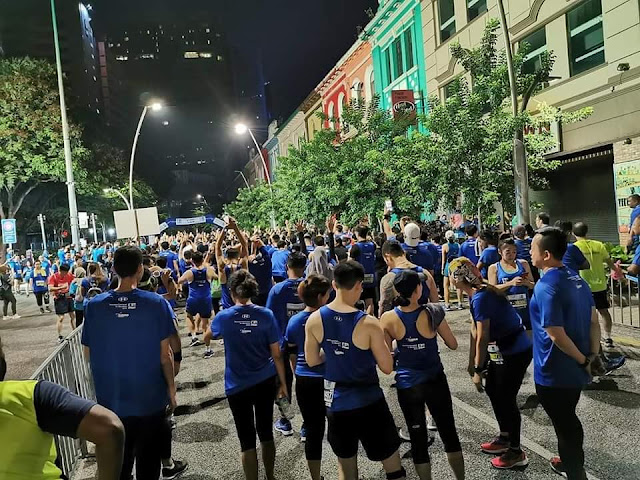