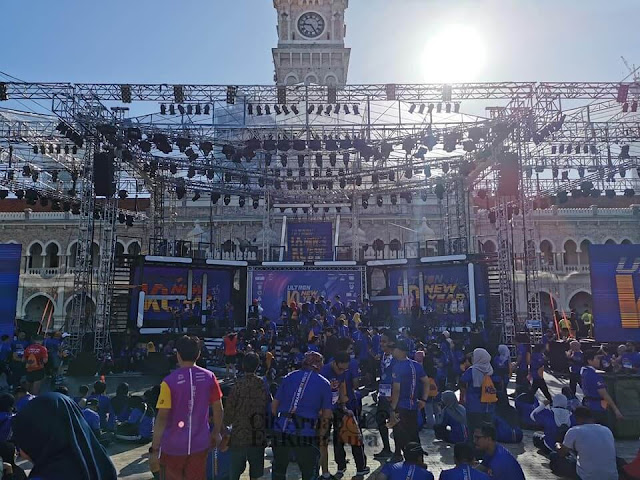 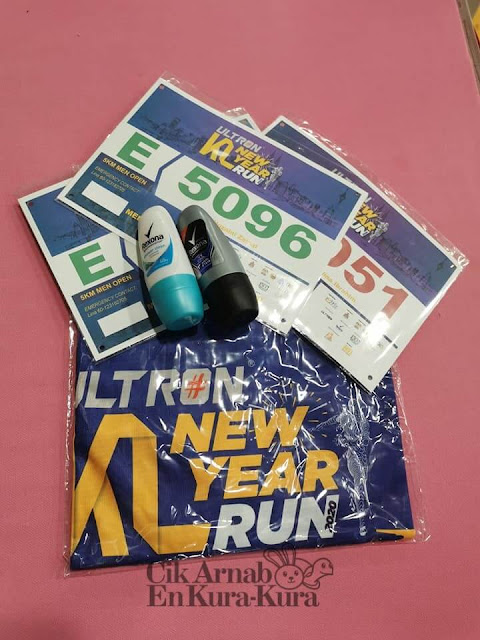 There was a big crowd of runners joining the KL New Year Run and when we arrived at Dataran Merdeka a few minutes before 7:00am, the zumba session was already in full swing.

I entered the pen about 5 minute before 7:15am, and had weave my way through the throngs of 5K and family run runners who were also standing by in the pen with 10K runners who will flagged-off first.

The 10K category was supposed to be flagged-off at 7:15am but only received the green light at 7:25am. There were some ladies who were wearing 5K bibs moving to the start line with us (they were standing in the pen with other 10K runners) and I told them to wait. You ladies don't want to get an accidental podium placing by starting way earlier than you should, right?

I guess everyone was so excited that they couldn't wait to be at the starting line regardless which category they were in.

I was just taking it easy and slow and running with the crowd, not really bothered to weave through the what felt like a slow moving crowd at first.

The route was nice, there was some changes from what runners used to get for a 10K run around KL and that was refreshing.

Kudos to all energetic crew and volunteers manning the water stations. There were songs being played there. Crew were shouting encouragement. Plenty of cold mineral water and 100-Plus for us.

KLSCM, if you can get these guys to man your water station, that'll be good. The ones you had manning the WS were sangat "krik krik", except the ones in front of Masjid Negara. (Oh, I'm talking about the 10K KLSCM route ya).

10K runners reached Sogo after running 7K and I thought we'd be running the usual route heading to Padang Merbok (because I didn't read the route map la...) but to my surprise and horror, I saw runners making a turn and climbing up the flyover right across Sogo. *die*

This flyover, which we had to tackle at KM8.

A lady running beside me had tripped and fell here, and I stopped to check whether she was OK. Luckily she was fine and continued running immediately.

There was a team of medic standing by right after the incline but I noted that she didn't stop to get assistance. Luckily, no injuries.

I just walked up this flyover and fortunately, it was downhill after that.

I was surprised to note that I had reached KM8.8 by the time I got to the junction where JKR is and that meant I'm nearly finishing! 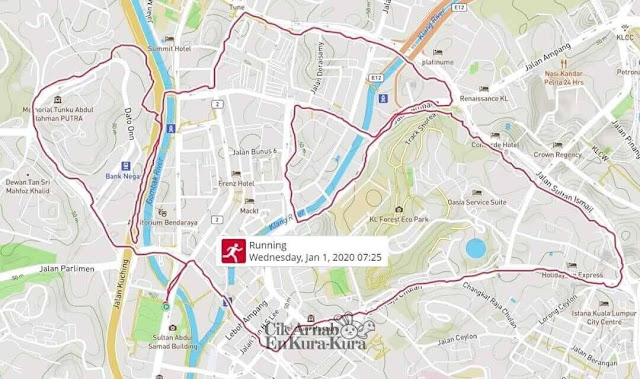 I saw Hubby taking photos about 150m in front of the finish line and sped towards him. A friend was also there, and of course, must pose for photos too. ^^

After we crossed the finish line, everyone made a beeline towards the refreshments table. There was a long queue because of bottle neck to get past the refreshment table.

The crew and volunteers were serving assorted 100-Plus from a 500ml bottle so you can imagine la the time and effort just to open those bottles. (If give one bottle for each runner lagi better kot, but maybe not enough to serve all runners). We also got bread and apples.

There was a Milo van too but I skipped that. 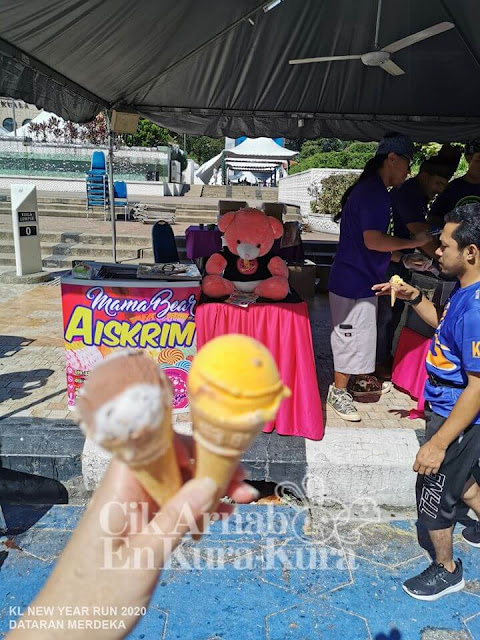 The highlight for me after the run was this free-flow Mama Bear Aiskrim. Free flow, I tell you!

They were still serving runners right to the time we left Dataran Merdeka at 11.00am.

We had waited until 11.00am in hope that we win one of the many lucky draw prizes offered. I was lucky enough to get a prize from Calawo last year. Alas, no such luck this year.

I have to say, I really enjoyed KL New Year Run 2020. Compared to the 2019's edition, the run had really improved so I'm looking forward to join the 2021 edition.

Highlights of KL New Year Run 2020 in our video:

Some photos and videos taken during the run can be viewed at our Facebook page Cik Arnab & En Kura-Kura.

Do FOLLOW and LIKE us for more running photos, race updates and even daily running memes!
Events Itchy Feet Race Recap