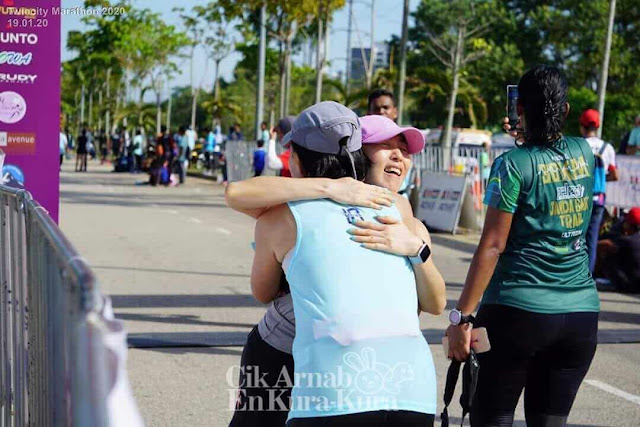 You can read the drama of the HM PB here.
The timing here and the subsequent ones enabled me to achieve my first sub2:30 HM later at Seremban Half Marathon, and later shaved another 8 minutes off Seremban Half timing at TM Fan Run.

The drama of doing a PW FM can be read here.
Wakaka

Anyhoo, there was also the Kids Dash event held on Saturday, apart from the main event with 5K, 12K, HM and FM on Sunday.

It was super fun to also witness the Kids Dash as I love taking photos of them running. 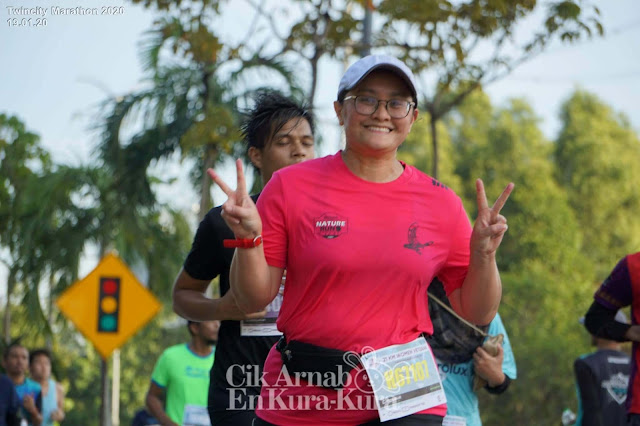 There were 5,000 runners in the half marathon category this time! And there was a bottle neck issue just 400 metres into our run, because the road was narrow (due to car parked on both sides of the road and double-parking even).

It wasn’t the only time we had to stop and walk for the congestion to ease. Further up, around KM1.1 and after we made a turn at the roundabout, there was another bottleneck.

This time, it was because we had to clear the timing mat/CP located there. Maybe a tad weird to place a timing mat there, but I guess it was to ensure no shortcutting at the roundabout.

But it was a WTF moment. A friend helpfully shouted to other runners who didn’t run on the timing mat to do so as there were no crew or volunteers seen (by me lah) to direct runners there.

The first WS was located at around KM3 and ample drinks for everyone.

At around KM4, I saw Eliza Noordin (and her hubby?) cheering runners by the roadside. She was holding a pom pom, giving encouragements to runners. Eliza is the founder of Nashata Sportswear and as a matter of fact, I just did a shopping spree of Nashata products last month. Hehehe

The next WS was located at KM5. It was time for Subuh prayer and many Muslim runners stopped here to perform their prayers.

I was running at an easy effort, with an aim to just ensure I didn’t run slower than a 9 min pace. Hahaha

Despite less than ideal mileage (of running only twice a week), I was glad that I could run slowly uphills.

The third WS was located around KM7.5. It was after this WS that we ran on a dark stretch of the route as the street lighting were turned off. I do hope Majlis Perbandaran Sepang can program the street lighting to be turned on during big races such as Twincity Marathon for the safety of both runners and drivers who plies the road.

The fourth WS was at around KM10 and they served coke and bananas here. A bit too early in the run to drink coke for me, but what the heck. I still drank a cup and completely forgotten to eat any bananas.

We ran up a flyover to make a turn back to Cyberjaya and I saw a distance marker showing it was KM8! But my watch showed I had already ran 10K!

Twincity does have a history of giving us extra mileage and we did 22K run for Twincity HM back in 2018. So I braced myself to run more that morning.

Feeling a tad grumpy at the prospect of running more than I really want to, when I saw a runner throwing his empty pack of energy gel by the roadside, I immediately chided him. Come on la people, if we can bring along a full pack of energy gel, we can throw it in a proper bin when it’s empty, right? 100m to 200m away from the WS is OK because it’s easy for the crew to clean up afterwards. But 1K away? 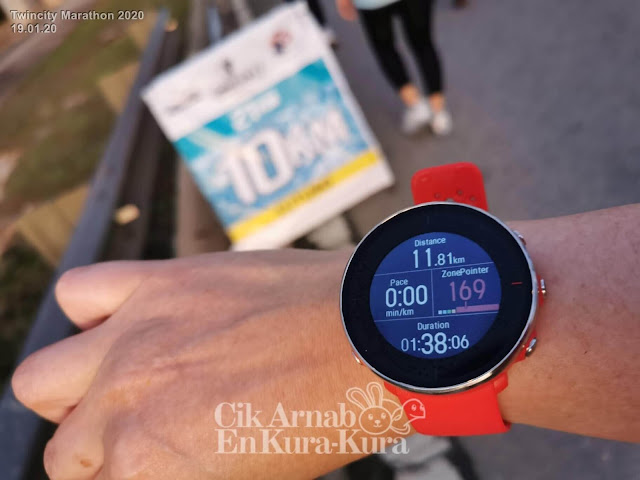 I didn’t see any other distance markers (apart for the FM category) but maybe because I missed them. So many people around me lah.

Indeed, it was rather nice to be running alongside so many runners.

As we were approaching KM13, I saw a runner being escorted by traffic police and race marshalls on the other side of the road. That showed that he was the last runner on the route.

We shouted encouragements and clapped our hands for him. He did finish his run and commented in my FB page. Congrats!

At KM17, we arrived to the next WS located in front of Rekascape.

This is where the party was located.

It was nice and festive and fun to enjoy all sorts of food here, but I find it weird that cars were also plying through the road.

There were no marshalls to ensure we cross the road safely. Just two crew members standing at the signboard, telling FM runners to go straight and for HM and 12K runners to turn right. So sendiri melintas jalan la…

Bumped into a friend who was cycling along the route, giving support to friends who were doing full marathons. Drank some coke that she offered before marching off to finish my run.

I saw Smartpix signboard along the road with the balance of 2K to go. There were sure plenty of Smartpix photographers that day! They even had reflectors at a junction!

Fortunately, the total distance that I did was only 21.70km that day (and that includes the walking back and forth at WS).

I crossed the Finish Line, was given my medal and went to get my timing slip before getting my finisher tee.

I guess it was a good run for me but there are some improvements that the organiser need to take note of. After all, this being their 6th edition, I felt that the quality of Twincity Marathon had somehow slipped this year.

Some issues I had:


Now for the good. 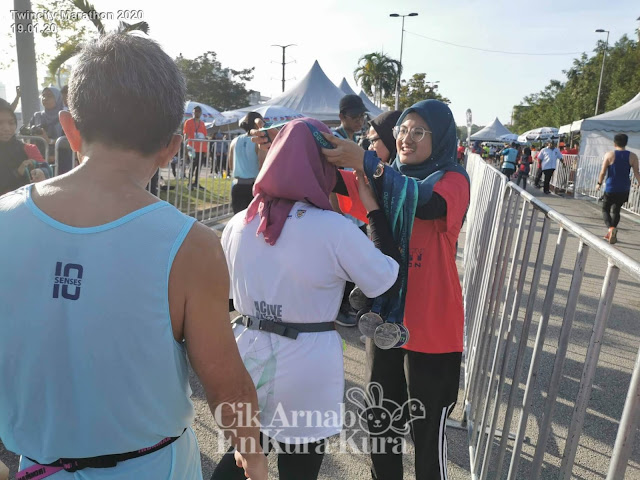 I don’t want to say much about the running vest and finisher tee that HM and FM runners received because I sure ain’t gonna be wearing them. Hahaha


Hubby had more sense than I do and he did the 5K and made this video.

Some photos taken during Kids Dash on Saturday and of HM and FM runners on Sunday can be viewed at our Facebook page Cik Arnab & En Kura-Kura. 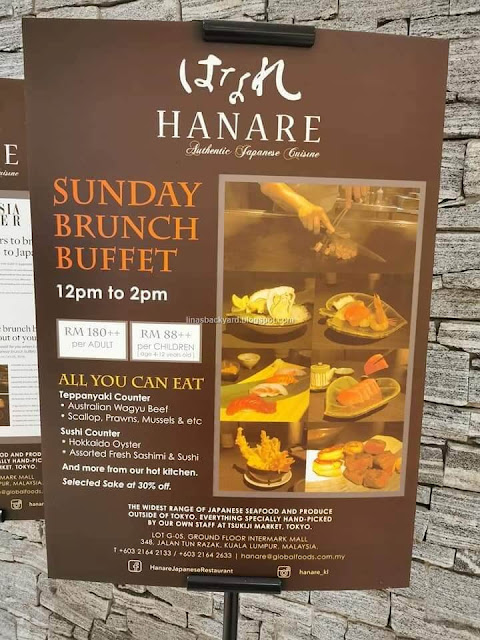