On August 30th, we decided to cycle around Putrajaya and Cyberjaya. We chose the very beginner friendly route of Putrajaya's lakeside before heading out towards Cyberjaya. 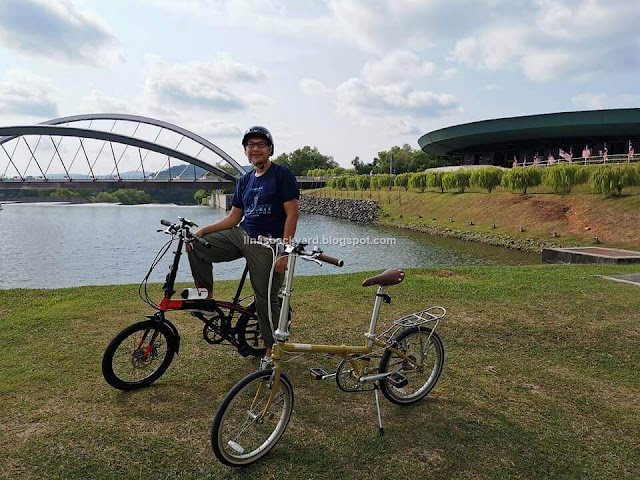 We started from our parked car nearby McDonald's and head towards Taman Seri Empangan before making our way to Marina Putrajaya then head out to Cyberjaya.
The Putrajaya core island route was abuzz with activities. There were many cyclists, runners/joggers, and also picnickers. On the lake, it looked like there were teams of kayakers doing their training/rehearsal too. It was so fun to see people enjoying the outdoors.
We exited Presint 7 and started cycling in Cyberjaya. 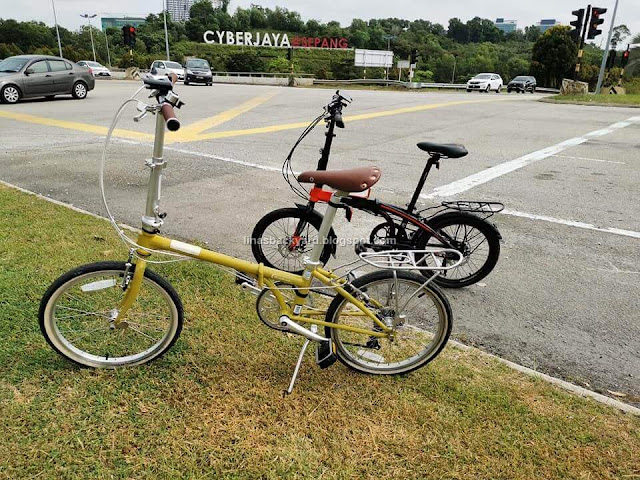 A short climb uphill to get to this point and photo was taken while waiting for the traffic light to turn green.
A good thing about cycling in Cyberjaya is, there is a dedicated cycling lane to use. Putrajaya has a walking/cycling pavement but at some areas, the pavements are uneven and quite unsafe to use.
But one still needs to be careful despite the existence of this cycling lane because some motorists do drive on the cycling lane too for god knows why. 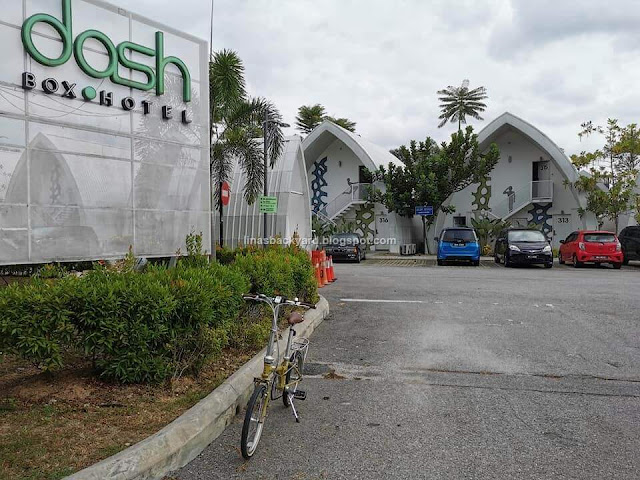 Just a quick stop at Dash Box Hotel to take photo. It's a gradual uphill from here but nothing too strenuous.
We pretty much cycled around the familiar Full Marathon/Half Marathon route that we had run in races that were held in Cyberjaya but of course, it felt so much easier when one is cycling instead of running! LOL
Coincidentally, I wore my 2013 Putrajaya Night Marathon finisher tee and Hubby wore the Twincity Marathon t-shirt during the ride. 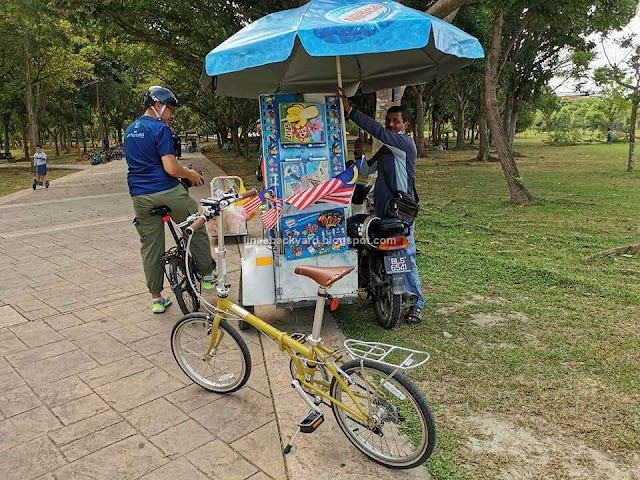 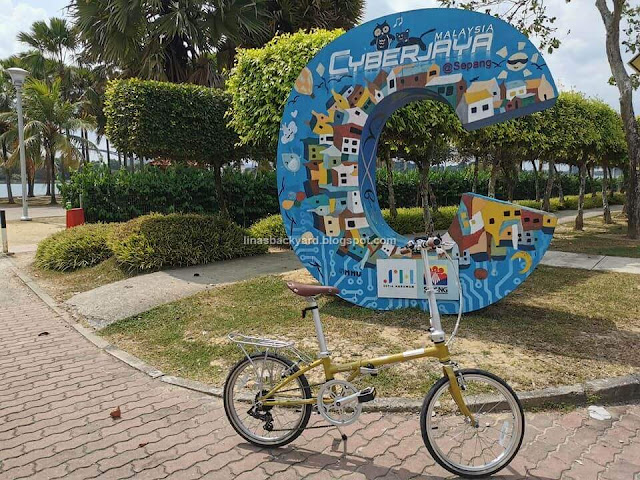 A shot of Cyberjaya's signboard before heading back towards Putrajaya to complete our loop. 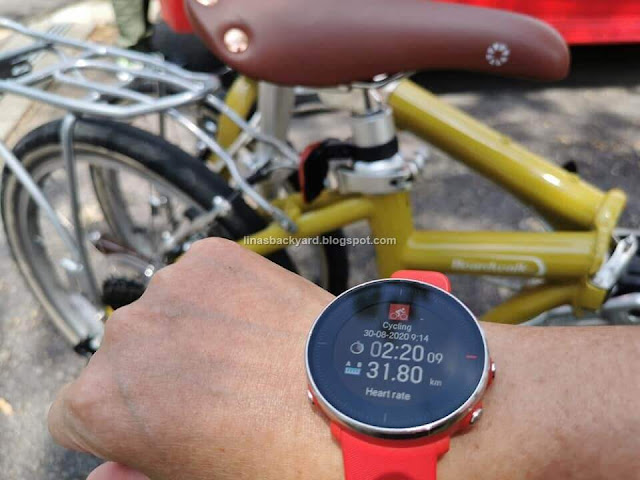 We did 31.80km that day to celebrate August 31st, our Hari Kebangsaan. 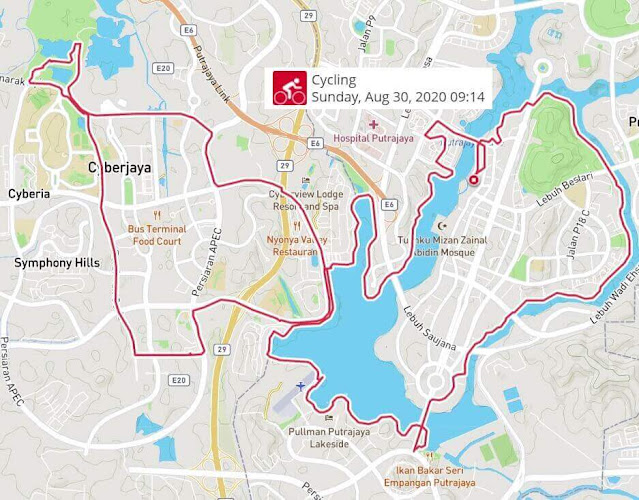 The route that we did.
We cycled here again on 31st August but added Presint 15 and Alamanda in our route.
It was a much busier route so we needed to be extra careful while cycling.
Email Post
Labels: Celebration and Holidays Close to my heart Foldie Adventures Gardens and Parks Out and About Travel - Putrajaya