During the Malaysia Day public holiday, we decided to head to KL and cycle around the city.

Milo held their 'Milo 70 Tahun' event at Dataran Merdeka from 8am to 10am on Sep 16 so we decided to check it out too. 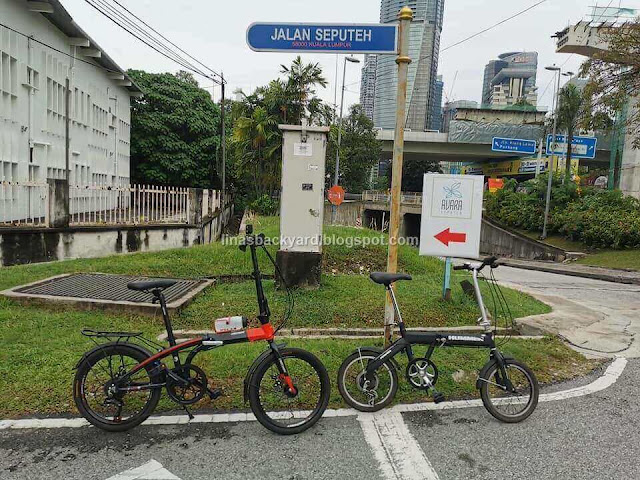 We started our ride from Jalan Seputeh and used the motorcycle lane then the so-called River of Life bike lane. It wasn't in good shape as there were constructions along the river so we were unable to cycle much along the riverbank. 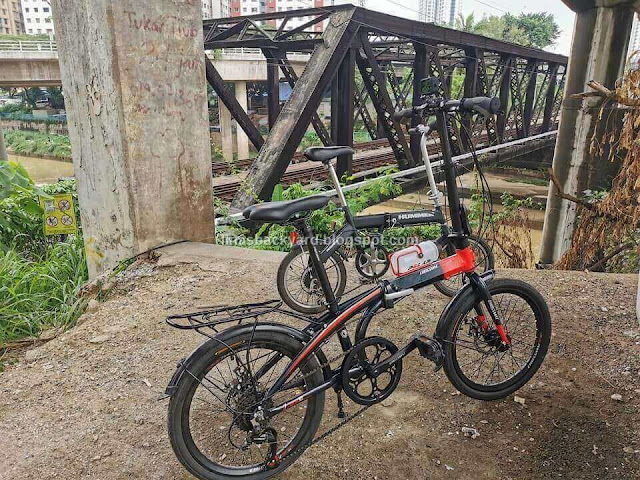 Under a flyover, near Mid Valley.

Alas, no komuter train passed by when we were there otherwise it would've nice to take its photo as our background too.

As we reached Brickfields, we cycled on the pavement until we could finally get back to the riverside path. 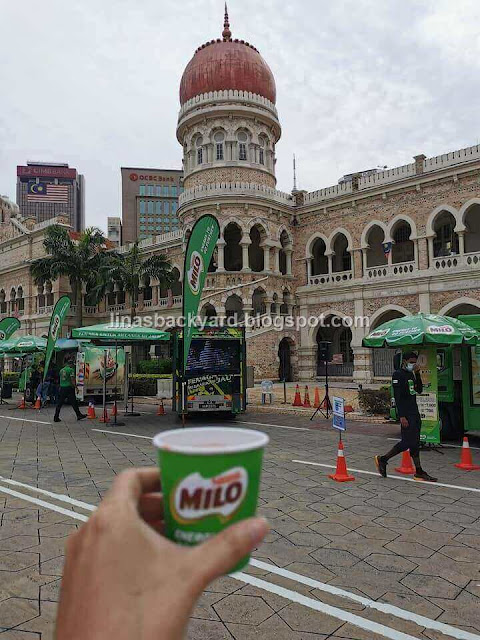 It was nice to make a stop at Dataran Merdeka. We enjoyed cups of Milo and met some friends there too. We haven't seen each other since the start of MCO!

After enjoying cups of Milo, we continued our ride to the now very viral Pintasan Saloma. Plenty of cyclists were heading there too.

A video of our ride from Jalan Seputeh to Dataran Merdeka. Much easier to see than to read about it, right? hehehe 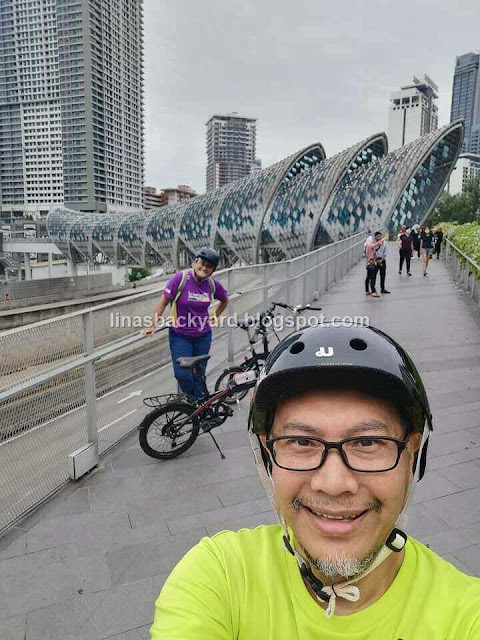 From Dataran Merdeka to Pintasan Saloma then to KLCC and later back to Dataran Merdeka, we just followed the 'Blue Million Ringgit Cycling Lane' which on most part, are already faded and not at all well-maintained.

We later stopped at the converging point of Klang River and Gombak River for another photo stop.

There was a 100-Plus booth being set up there, offering free 100-Plus drinks to passersby. Cool!

We also saw a number of people wearing traditional garb and some wore sarong mingling around, and we later found out that there was a Hari Sarong 2020 event going on!

It was nice of course, to be out. The overcast weather that day was great for people to enjoy a day outdoors without being too hot.

As we cycled back along the motorcyle lane near Mid Valley, a guy on motorbike got curious and rode alongside Hubby and asked many questions about Hubby's bicycle and where we were riding and heading to.

I guess plenty of people are missing the KL Car Free Day too but at least, we still get to enjoy the outdoors now.